The Xbox version of Soldier of Fortune II has too many problems to be recommended as anything other than a brief rental.

As the system that, internally, is most like your average off-the-shelf PC, the Xbox gets a lot of games that have already come or will also come to the PC. By and large, these PC ports turn out pretty well. But that doesn't mean that getting a PC game to run on the Xbox is an easy job. Activision's latest PC port for the Xbox, Soldier of Fortune II: Double Helix, illustrates that fact quite handily, as it essentially butchers the original game in the process of putting it on the Xbox, leaving behind an unsightly first-person shooter with poor control, subpar graphical performance, and clunky, sluggish online play.

The game's single-player campaign puts you in the shoes of professional neck-breaker John Mullins. As John, you'll move through several different environments on top-secret missions for a quasi-governmental agency known as The Shop. The story is as forgettable as you might expect, and the level design doesn't really make the campaign any more memorable. The enemy AI is decent, but the enemy soldiers don't work together very well, so their intelligence is roughly limited to taking cover behind nearby objects and knowing to get the heck away from grenades before they explode.

Aside from the lengthy campaign, the game also has a random mission generator that will, at your request, create a custom level with enemies and an objective. While this is a fantastic idea, the randomly generated missions are a mess. The game generates outdoor missions with huge, empty stretches of land. Since the enemy AI is focused on hiding behind nearby cover, giving them no cover to work with turns them into little more than targets. The random missions also suffer from poor visibility, thanks to some fairly extreme fogging.

Most first-person shooters live and die by their multiplayer support. On paper, Soldier of Fortune II looks pretty good, offering support for up to 12 players via system link or Xbox Live, a variety of different gameplay modes, and a good selection of maps to work with, including randomly generated missions. However, in practice, the game isn't much fun. The character movement is a little sluggish, and some of the maps are a little too large for 12 players. The game has a locational damage model, but the concept of headshots that kill instantly, combined with the game's fairly laggy performance over standard cable and DSL connections (which can leave players stuck in one spot long enough to die), can make for a frustrating experience. Not all matches are stuttery, but it can be difficult to find one that runs smoothly. Soldier of Fortune II also has support for downloadable content, though no additional content was available as of this writing.

While the PC version of Soldier of Fortune II had a pretty good look to it, thanks in part to some good animation, the game's graphics were scaled down significantly for the Xbox version. The character models look bad, the animation is a lot choppier, and the frame rate isn't nearly as smooth. The game is also quite dark. About the only thing the game still has going for it on the Xbox is the fact that the character models can be blown apart or cut up in a variety of different ways. Shotgun blasts will remove heads, limbs, and other large chunks of a target's anatomy. But even this doesn't look as nice as it did on the PC, and the whole effect ends up coming off as pretty hokey.

The game's voice work and ambient sound aren't anything to write home about, but the game has some particularly satisfying weapon effects. The firearms sound like they pack a mean punch, and that goes a long way toward making the game sound pretty good overall.

In the end, Soldier of Fortune II: Double Helix doesn't do anything that hasn't already been done better in Activision's own Return to Castle Wolfenstein. Players starving for something--anything--new might be able to briefly enjoy the game as a rental, but the Xbox version of Soldier of Fortune II has too many problems to be recommended beyond that. 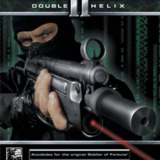 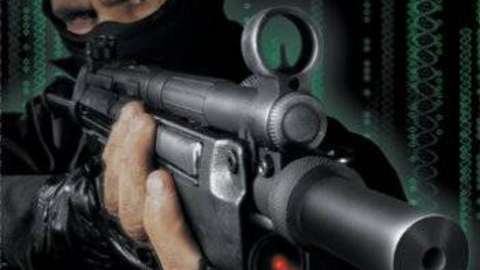 Soldier of Fortune II Gold includes one more multiplayer mode than the regular version, among other enhancements.

8
Sign In to rate Soldier of Fortune II: Double Helix