SODA Off-Road Racing is a great title marred only by poor graphics and uninspired sound.

Although the name may not be familiar to many gamers, SODA (Short-course Off-road Drivers Association) racing has been a long-standing favorite of late night ESPN viewers for years. A curious combination of Monster Truck Rally and Motocross, a typical SODA race consists of 17 classes of overblown 4x4's competing on short, twisting mud and dirt tracks (replete with giant leaps and other obstacles). Unlike a monster truck rally, however, the emphasis in SODA off-road is on the actual racing, not mere showmanship. As a result, SODA may be the perfect license for an off-road racing simulation... and who better to code it than the renowned design teams at Papyrus software?

Unfortunately, those looking for the next NASCAR- or IndyCar-style blockbuster may be a bit disappointed. In fact, other than the box art, this title bears little resemblance to Papyrus's other works. For example, there are no real SODA teams, drivers, or even actual tracks. While some may consider this a minor gripe, a victory over nonexistent competitors on a nonexistent track seems a bit hollow.

Despite the lack of many Papyrus trademark design elements, SODA still manages to faithfully re-create the feel of an actual SODA racing experience - and in that respect, Papyrus and Software Allies have succeeded admirably. Vehicles slip and slide (and occasionally fly) much as one would expect over a rugged mud and dirt track. In addition, accurate suspension modeling assures that vehicles bounce and roll like a carnival thrill ride.

As if accurately simulating one off-road vehicle weren't enough, SODA racing actually includes three SODA vehicle classes (2x4 pickup, Dune Buggy, and 4x4 pickup). Each chassis has its own distinct performance characteristics, which can be tweaked further from within the in-game garage to add extra variety.

Speaking of variety, special mention should be made of the ingenious and intuitive course design feature included free of charge. Don't like the included tracks? No problem! Simply create your own in a few easy steps. In fact, you can become so absorbed designing your own tracks that it is easy to forget about the racing element altogether!

Unfortunately, even a track editor cannot fully compensate for a lackluster presentation. The graphics are lackluster at best - with grainy, repetitive texture maps and an uneven frame rate. (Note: Although the game touts 3D acceleration support as one of its features, this support is limited to Rendition-based cards only. Owners of non-Rendition accelerators will have to wait for a promised Direct 3D patch sometime in the first quarter of '98). To make matters worse, the sound effects are merely adequate, and the in-game music sounds like it was performed by a high school garage band.

SODA Off-Road Racing is a great title marred only by poor graphics and uninspired sound. While a promised Direct 3D patch will supposedly address the display issues, it did not make its way into the final package. As a result, owners of high-end accelerators may wish to wait until the patch is actually released before purchasing this otherwise excellent title. 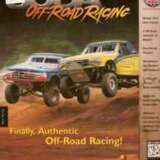 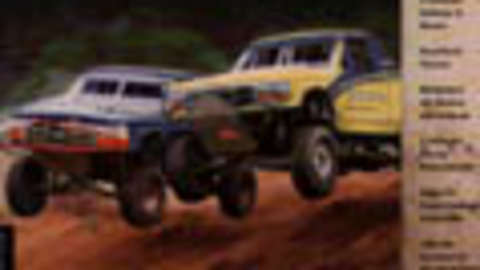 SODA Off-Road Racing is a great title marred only by poor graphics and uninspired sound.