The future's not so bright. Don't worry about the shades.

We're all interested in the future. I've always bought into the whole argument that it's the place where we're all going to spend the rest of our lives (thank you, Criswell), and box-office receipts alone show the widespread appeal of looking forward to see if we're going to wind up in an irradiated wasteland or a Blade Runner-style ennui-opolis loaded with neon signs and noodle shops. So it isn't much of a surprise that the first expansion pack for SimCity is Cities of Tomorrow, which reskins the game with sci-fi buildings and technology. But while this snazzy new face-lift has been pulled off with enough skill to please even the most wrinkled Hollywood starlet, virtually none of the flaws inherent in the core game design have been addressed.

Cities of Tomorrow is something of a "more of the same" add-on. SimCity gameplay has been preserved for the most part, but accentuated with futuristic touches and technology that allow you to take your towns into the future. Granted, this is a future that still features ridiculously small city borders, an unhealthy emphasis on multiplayer, and the same old always-on Internet connection that alienated so many fans last spring, but hey, it's got all that plus mag-lev trains and robot drones now, so take the good future with the bad future.

All of the tweaks in this add-on collectively let you evolve past the current era into a shimmery future that represents the later 21st century and beyond. The biggest symbol of this leap forward is the MegaTower, a cloud-touching superstructure that lets you fit almost all city accommodations and services under one roof. Forget about the crippled zoning mechanics in the original SimCity; you can place residential, mall, office, park, security, waste collection, and other specialized levels into single buildings. You can even top everything off with something eye-catching, like big neon signs, parks, or tourist-drawing lookouts.

But even though building up, not out, would seem to be a good way to handle the tiny municipal footprints that are still imposed on city-builders, I had serious problems with how to use MegaTowers in my personal cities of tomorrow. Their sheer size remains an issue. Each tower occupies a tremendous amount of space, which means that you have to cram them into cities by demolishing huge sections of your original layout. Figure on getting rid of a good four square blocks of residential development to plop down just one tower, which really exacerbates the demolition-happy design of the original game. Don't go all future on an existing city if you have any emotional attachment to it, because the old place will be gone in no time.

You're left with a game that hides the same dissatisfying experience under a more attractive surface.

MegaTower economics are also hard to get a handle on. They're awfully hard to fit into a budget. Unlike residential and commercial developments, which spring up instantly on somebody else's dime after you lay down streets and zoning, MegaTowers cost huge bucks for their initial builds and then for each level that you add on to them. Because of this, they are suitable to use only later in games, once you've done pretty much all you can with the old-style structures and are looking for new challenges. That can be disappointing if you're buying this add-on expecting to instantly time-travel to a century or so in the future.

I tried forgoing all traditional residential and commercial development in favor of a MegaTower right at the start of building a new city, forgoing all traditional residential and commercial development for a MegaTower, and almost immediately went broke without that traditional revenue. I'm not sure what the issue is: the added building cost, that towers generate less tax revenue, or some other mysterious problem. Where you can see how well you're doing with homes and stores just by looking at them and clicking to pull up info screens, tower levels are impossible to get a visual read on. Also, MegaTowers have been jammed into one budget line item instead of being treated as separate residential and commercial options like their old-fashioned counterparts (a move that makes no sense, since the tower levels are just homes and stores and offices in a different cosmetic form), which makes things even more confusing.

Other big additions are OmegaCo and the Academy. OmegaCo revolutionizes everything. It's a vaguely sinister omni-corporation making a vaguely sinister unspecified product called Omni that starts as an alternative industry and soon infects just about everything with franchises and drones that do much of the grunt work in this technological wonderland. You can make big bucks with Omega, although you need a huge flow of oil and ore to keep this great mystery product going, and a pretty seriously developed traditional economy before it makes sense to go in this direction. The Academy is sort of a super-university that expands SimCity gameplay farther toward a Civilization-like feel. Invest big here, and you create ControlNet, a Wi-Fi-style resource needed to power high-tech buildings. The Academy also serves as the home of research, where you can discover tech that leads to new structures such as a fusion power plant, sewage recyclers that churn out drinkable water, garbage atomizers, and so forth.

Granted, this is a future that still features ridiculously small city borders, an unhealthy emphasis on multiplayer, and the same old always-on Internet connection that alienated so many fans last spring.

Again, there are some interesting ideas here. But all come with huge price tags and generally have equally monstrous footprints. It's hard to afford them and even harder to find enough empty space to plop them down in your cities. Almost all of the new options are geared toward players who have hit the limits of the original game and need new challenges. You're also forced to create specialized cities throughout entire regions more than ever. The size of the new structures makes it necessary to branch out to three or four regional cities, either through taking them over yourself when playing privately or by dealing with other human mayors in multiplayer. So if you're hoping to serve as the somewhat realistic mayor of one futuristic megalopolis, sorry, but it isn't happening here.

A few bugs make the future look not quite so bright in spots. I encountered various odd issues. ControlNet sometimes would not connect to certain buildings, no matter how much money I was generating. Mining facilities occasionally would not hook up to water, regardless of how much I supplied, even if I plopped high-tech hydro towers practically right on top of them. Only demolishing and rebuilding on the same spot cleared up the problem. I was sometimes unable to run pipes from Omega factories to the newfangled pods that automatically delivered oil and ore. I would set everything up perfectly, with no overlaps, right over a source of the natural resource in question, but then not be allowed to place a pod for reasons unknown or get an error message about not being able to build on a road, when there was no road in the way.

Everything does look great, though. Plop down some MegaTowers, and they create a sky-high neighborhood straight out of the Coruscant Imperial City planet of the Star Wars prequels, with little terra firma to be seen and huge floating neon signs all over the place. Old-fashioned buildings develop futuristic looks over time, too. Every time you add some Cities of Tomorrow sci-fi tech to the landscape, the old structures respond by growing what look to be long neon tubes. Zoom in at night, and the city streets look like something out of Tron. The developers seem to have taken design inspiration from a lot of old sci-fi movies. All of the Academy buildings and mag-lev trains reminded me of the domed city in Logan's Run.

The gorgeous sci-fi burgs in Cities of Tomorrow prove that beauty only runs skin-deep. Once you get bored with the neon-clad gimmicks of the MegaTowers and OmegaCo, you're left with pretty much the same flawed game that annoyed the city-building community last spring. Given how loud the critics were back then, it's disappointing that Maxis and EA did little to address any of these gripes, particularly the restricted city borders. This expansion may be set in the future, but the game is stuck in the past.

View Comments (43)
Back To Top
5
Mediocre
About GameSpot Reviews 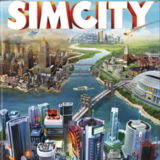 Longtime city-builder and real-life mayor Brett Todd moved his life about 15 hours into the future while playing SimCity: Cities of Tomorrow for the purposes of this review.

Other Takes on SimCity

Brett Todd is a longtime city-building enthusiast--not to mention, the mayor of an actual town in Ontario, Canada. He spent the equivalent of five or six real-life council meetings wearing a virtual chain of office in SimCity. That's around 20 hours, give or take a motion or two.
Read Review 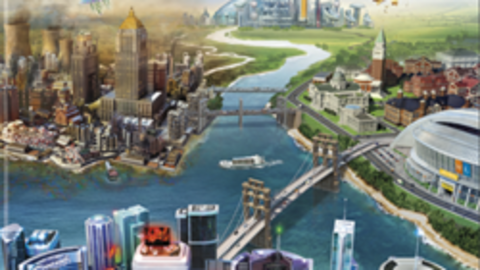 SimCity is a city-building simulation game that lets players create the city they desire to make the choices that shape your city and power the citizens within it.