Silent Hunter 4 is an excellent simulation of World War II submarine warfare in the Pacific.

Famed designer Sid Meier established and defined the submarine simulation 22 years ago with the classic Silent Service. Although the genre has seen better days, it continues to plug along thanks to Ubisoft's solid Silent Hunter series. 2005's Silent Hunter III was the last release in the series and let you captain a German U-boat in the Atlantic during World War II. Now with Silent Hunter 4: Wolves of the Pacific, you play as an American submarine skipper battling against Japan. In many ways, Silent Hunter 4 doesn't veer too far from the formula found in Silent Service and is a faithful successor to that seminal game.

Though it doesn't get as much coverage or attention in the popular media as the German U-boat campaign in World War II, the US submarine campaign against Japan was extensive and devastating. Japan, being an island nation, imported much of its food, fuel, and resources from abroad, and US submarines were tasked with cutting that lifeline off. What followed was unrestricted submarine warfare as the US sank more than 5 million tons of Japanese shipping, though at a loss of almost 50 submarines and their crews.

In Silent Hunter 4, you can experience the war in the Pacific a number of ways. There are stand-alone missions that put you in the middle of battles if you just want to dive into the action. Then there are war patrols that let you cruise around looking for trouble. The lengthiest of all the gameplay modes is the career mode, which lets you begin in any year of the war and go out on numerous war patrols. A career can easily occupy days, if not weeks, of evening play time.

Like Silent Hunter III, Wolves of the Pacific puts you in a 3D submarine, surrounded by virtual crewmembers that follow your commands. There are numerous stations that you can go to, such as the conning tower when the submarine is running on the surface, the periscope, the navigation chart, the antiaircraft gun, the deck gun, and more. The amount of control that you're given over your boat (submariner slang for vessels) is impressive and in line with the features found in Silent Hunter III. Each sailor on your submarine is tracked and accounted for, so you can assign your sailors to different compartments and watches. This way, you can optimize the performance of your crew, though it can add a cumbersome amount of micromanagement for common tasks. For example, when under attack, you can assign crewmen from a nonvital compartment to a damage control party and then reassign them once that's done.

However, most of your attention will be taken up with the task of navigating your sub around the Pacific and taking part in battle. You can chart a course on the Pacific and then compress time so that you don't have to spend hours or days getting from one point to another. When your ship encounters unknown or hostile contacts, time automatically reverts to normal, so you can investigate or take action. It's a fairly elegant system, one that hearkens back to the patrol system in Silent Service and lets you conduct a months-long patrol in a fraction of the time. But this isn't a fully dynamic campaign because the game doesn't model a full-scale war all the time. Instead, it has the illusion of a dynamic campaign as it places enemy vessels in logical places, such as shipping lanes or coming in and out of major ports. But it's not perfect, and there are quirks. For example, enemy convoys may appear in places you'd least expect them, such as steaming out of Manila Bay, even though at that point in the campaign, Manila is still in American hands.

All of this is in support of the actual combat part of the simulation, which is very scalable. There's also something here for both diehard and casual fans. For instance, at the most realistic simulation level, targeting a torpedo attack is a meticulous process where you must gather and input various data into the torpedo data computer (a mechanical device, no fancy electronics here) and then cross your fingers. If that takes too much effort, then at the easiest simulation levels, targeting a torpedo is as simple as locking on to the target in the periscope. However, don't expect Silent Hunter 4 to be a fast-paced action game. This is a game where you still have to worry about maneuvering into a good position to attack, evading detection from escorts, and figuring out how to escape and survive after you've announced your presence by sinking a vessel. After all, this is a simulation; a fair amount of patience and thought are required to reap the fruits of your labor. The artificial intelligence is uneven because sometimes enemy vessels don't zigzag when under attack to throw off your firing solution or escorts don't react to your presence. At other times, the AI seems to have an eerie ability to locate you even if you're running silent.

You can only play as an American submarine captain in the game, choosing from a wide variety of historical submarine types throughout the campaign. That's not really much of a loss because the Japanese submarine force played a fairly minimal role during the war. The multiplayer modes in Silent Hunter 4 reinforce this because you can play cooperatively with up to three others on the Internet or seven others on a LAN, working together to sink enemy ships. Then there's the adversarial mode, which has one player control the Japanese surface vessels while the other players control submarines.

Unfortunately, Silent Hunter 4 slipped out of development with more than a few bugs, and there are some significant stability issues that cause the game to crash regularly. There's nothing more frustrating than to spend 30 minutes getting into position to sink a high-value target only to have the game crash on you. Ubisoft has already issued a rather hefty patch that addresses a number of bugs and crash issues, though it's disappointing that the game isn't more stable out of the box.

Silent Hunter 4 looks better than its predecessor thanks mainly to the addition of numerous postprocessing and lighting effects that add grit to the visuals. The best way to describe it is that there's an "oil painting" look to the game now, one that really helps immerse you in the setting. There's nothing quite like watching a sunset in the Pacific. Everything else looks as good as in Silent Hunter III. In particular, it's captivating to watch the way ocean swells wash over your periscope, blurring everything temporarily. The sound effects are also very good, though they'd have to be because submarines rely on sound so much. In the game, you can hear the creaking of your sub's hull under pressure, the thrum of propellers in the distance, the hushed whisperings of your crew relaying your orders, and more. Meanwhile, a bombastic score helps add drama and tension to the many slow moments in the game, though if it's a bit too much, you can shut it off.

Considering that Silent Hunter 4 is a fairly direct sequel to Silent Hunter III, it does an excellent job of building on its predecessor while offering something different. This is a submarine game that both casual and serious fans can enjoy. It also offers plenty of gameplay as you cruise around a virtual Pacific that's brimming with enemy traffic and beautiful vistas. 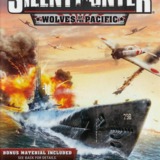 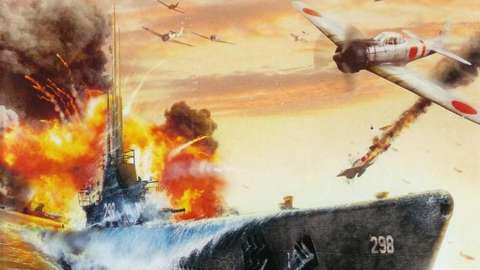 Silent Hunter: Wolves of the Pacific

Take control of WWII submarines in Silent Hunter 4: Wolves of the Pacific.

8.1
Sign In to rate Silent Hunter: Wolves of the Pacific