The Room retains the dark, disturbing soul that is the unsettling center of the Silent Hill experience.

Silent Hill is a town where pure evil permeates the air and the soil and eventually consumes the people. It's a soothing vacation spot that masks demon-worshipping cults and dark purpose. Each of the previous titles in the Silent Hill series of horror games has either outright taken place in the titular small town or has gradually been pulled there through some terrible inertia. Silent Hill 4: The Room breaks this trend, because it takes place in the neighboring city of South Ashfield and centers mainly on an ill-fated apartment building, a cursed apartment, and the man who lives in it. That's not the only series tenet the game breaks. Silent Hill 4 pairs third-person and new first-person gameplay with an emphasis on combat and item management. The resultant hybrid has some flaws, but The Room retains the dark, disturbing soul that is the unsettling center of the Silent Hill experience.

The unfortunate hero of Silent Hill 4 is Henry Townshend, a man living what used to be a content life in the city of South Ashfield. One night, Henry begins to experience intense, recurring nightmares and terrible headaches concurrent with his apartment apparently becoming cursed. His phone is dead, his neighbors can't hear him when he calls, his windows are sealed shut by a mysterious force, and his door is blocked as well, albeit by a not-so-mysterious force. Thick chains thoroughly web the only exit, with an important additional detail: They're bolted to the inside of his apartment. Scrawled in red on the door's interior is a note that only says, "Don't go out!! Walter." While exploring the confines of his single-bedroom apartment to fuel his confusion and despair, he discovers a ragged, man-sized hole in his bathroom wall. Faced with a dearth of other options, Henry gathers his courage and crawls through the strange portal, hoping to find an escape route. What he finds instead will lead him on a convoluted journey that will reveal the sordid past of his apartment--Room 302--as well as the identity of Walter, the man responsible for sealing Henry's room.

As mentioned previously, Silent Hill 4 encompasses two gameplay modes: a first-person mode that you'll use to guide Henry around his apartment and a third-person mode that you'll use to explore the alternate worlds Henry will visit by entering portals. While in Room 302 and in first-person, you'll use the left analog stick to move about, and you'll use the right analog stick to look around wherever you'd like. When you position Henry's view over an area of note or over an item that he can interact with, a small eyeball icon will appear in a corner of the screen. You can press a button to investigate further. Sometimes you need to be careful about what area you're viewing, because certain parts of the room will have multiple focal points. For example, you can either test a window to try to open it, or you can peek out the window to check out the lovely South Ashfield skyline and the windows of apartments opposite you. At the chained door, you can test the doorknob, check the area at the base for notes slipped underneath, or look through the peephole to keep an eye on what might be going on outside. You can miss certain perspectives if you're not careful, so you'll need to experiment with views at various levels to make sure you're seeing everything, which can get tiresome when you're trying to use the peephole and instead keep reading the message on your door. The apartment itself gradually changes over time, making repeated peeks at various objects in your room worthwhile. In fact, Room 302's degradation as the game progresses is an integral part of Silent Hill 4's experience, since new information slowly comes to light, and things become decidedly more sinister.

The more traditional, third-person action sections of Silent Hill 4 take place in various dreamlike, alternate worlds that you'll reach by squeezing through one of Room 302's portals. You'll explore the environs of a subway, a forest cult compound, a hospital, and more as you move on, picking up a number of different weapons, healing items, keys, and other useful knickknacks. Something you'll notice very quickly is that you've got a limit to the number of items you can carry at one time. The game attempts to justify this with a vague statement about not becoming overburdened in this alternate universe, but the outcome is that you're going to spend a lot of time picking things up and then finding a return portal to your room (which contains the only storage solution in the game) so that you can re-sort and then go back. Furthermore, items don't stack. Want to carry two healing drinks of the same type? They each take up a space. Want to bring along 20 additional rounds for your pistol? That's one space for the pistol, and two spaces for the two 10-bullet reloads. As the game wears on--and you've got to carry various keys, puzzle items, a weapon, and a healing item to and fro--this starts to become a chore. You can't discard items, either, so it's not even an option to drop something that's perhaps expendable to pick up something you might need. And when your room becomes a more dangerous place later in the game, having to revisit it often can be a hazard. At least you can try to insure yourself when you go back--Room 302 also has the only save spot in the entire game.

All this exploration isn't smooth sailing. Silent Hill 4 sports some creepy-looking baddies that attempt to foil you at every turn. Unlike previous Silent Hill games, in which fighting ultimately could be said to take a backseat, Silent Hill 4 throws enemies at you in sometimes great numbers, forcing you to engage in lots of combat. While avoiding enemies remains an option, it's increasingly difficult feat to pull off, because you've got what are oftentimes narrow spaces, multiple foes, and an aggressive artificial intelligence that can make blitzing through enemy-ridden areas more health-costly than just squaring up with your steel pipe or pistol and clearing your way. In the later parts of the game, you'll be escorting someone through all this danger, and you'll want to keep her from being attacked too much, so you're painted into a bit of a corner. If you run, you can end up leaving her behind--and she'll get gnawed on.

Your fighting abilities are rudimentary. You can choose from a selection of melee weapons (an obscene number of which are golf clubs) or a very small number of firearms. You'll press the right trigger to get into a battle stance, and then you'll press a button to whack or shoot away. Henry will aim automatically at whatever happens to be closest at the time, and you can execute a jump-dodge move to try to avoid incoming attacks. When you manage to get an enemy down, you'll have to stomp on it to ensure that it's dead, which ends up making combat seem like a bug-crushing simulation after you've stepped on your 20th foe. Some of the enemies in the game are actually spirits, which happen to be unsettled ghosts that float around and don't even have to attack you to cause damage. When a ghost appears, you'll hear a high-pitched static whine (roughly equivalent to the radio static you'd hear in other Silent Hill games), and your screen will start to turn red and become grainy. If you just stand around doing nothing, Henry will clutch at his temples, and his health will begin to drain. Additionally, ghosts cannot be killed permanently without a special item to actually impale them to the floor, so you'll be trying to avoid most of them anyway.

For all the mobs of enemies and constant item-ferrying, the game takes about 10 hours to complete on normal difficulty. You will receive one from a possible four endings that are based on a combination of what condition your apartment is in by the end of the game and how the character you had to escort about has fared. Finishing the game once allows you to get an additional weapon and alternate character outfits, though there are not many of these extras. Most people who go through the game again will likely be trying to get the best ending possible rather than shooting for a nurse outfit, anyway.

The PlayStation 2 and Xbox versions of this game control and play virtually identically. The Xbox version has a slight edge in graphical clarity. Its visuals are a little sharper, and the detail and depth is ever-so-slightly richer. Aside from that extra bit of polish, the experience is the same across both consoles.

Survival horror games often indulge themselves in graphical detail, and Silent Hill 4 is no exception. The game looks its best in corroded, bloody, gritty environments, like the damp, steel halls of the water prison or the subterranean subway layers that, at one point in the game, are walled in living, moving flesh. There are only a couple of areas in the game that employ any of the notorious Silent Hill fog, and those seem to do so as an homage to previous titles by accenting a long, spiraling climb or blocking your progress when you're carrying a cursed item. The characters in the game are often very well detailed facially, though their movements seem somewhat stilted, and the animation is not quite as smooth as it could be. The room itself sees some great effects, from the warping of a small section of paint in the shape of a face, to a cluster of wailing demon children plastered to a wall, to a spirit crawling out of a dark, dripping portal. There's certainly no lack of unsettling imagery, which stays true to the Silent Hill formula.

The ambient and creature sound effects are often very important to horror games as well, and the sound in Silent Hill 4 is great, for the most part. Creatures all have their own distinct calls, footfalls, and death rattles, and the environments are peppered with nice ambients like dripping water and gusting wind--or even something as simple as an object clattering to the ground. The voice work in the game is uninspired but solid, with the exception of Henry himself, who has an incredibly milquetoast delivery and seems to never get emotional about anything, despite the fact that his apartment is horribly cursed. The haunting main theme is one of the only pieces of music you'll ever hear in the game, and the times that it plays are few and far between. That's fitting, though, for a horror game that seeks to create mood through subtle sounds in the environment rather than through music.

Silent Hill 4: The Room is an interesting sequel that attempts to branch out in several areas of gameplay and setting while remaining true to the psychological thriller-style that's always set the Silent Hill series apart from more action-oriented scares. While not all of the changes made necessarily serve to enhance the series, the dark, gripping storytelling is what allows this game its Silent Hill credentials. If you're an existing horror fan or a Silent Hill fan, Silent Hill 4: The Room is certainly worth looking at--if not for purchase, at the very least for rental. 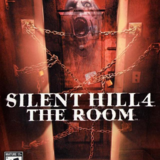 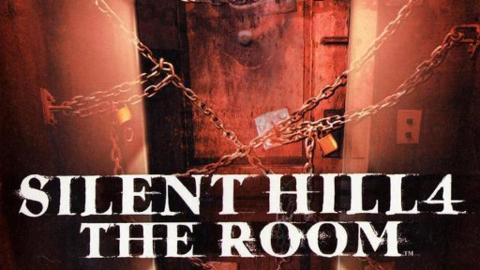 The Room retains the dark, disturbing soul that is the unsettling center of the Silent Hill experience.