Control issues and other frustrations make this a very disappointing version of the classic game of adventure on the high seas.

For weeks, you've been tenaciously pursuing a pirate even more notorious than you across the Caribbean. So far, he has managed to stay just a short distance ahead of you, and your crew is starting to get restless, but you refuse to give up the chase. At long last, the wind catches your sails and you're within range of your prey with cannons at the ready. Dreaming of the fortune in doubloons your rival is rumored to carry aboard his ship, you give the order to fire. Thrilling moments like this that let you live out your pirate fantasies have made earlier releases of Sid Meier's Pirates on the PC, Xbox, and PSP great. But the repetitive minigames that make up the life of a pirate are starting to show their age, and a number of Wii-specific frustrations prevent this from being a worthy version of this beloved game.

Pirates sets the stage for your adventures in the Caribbean with a brief movie that tells the tale of your family's imprisonment by the vile Marquis Montalban. As the lone escapee, you control their fate. You must then choose one of five difficulty levels and one of five eras of the 1600s, which affects things like the general attitude toward pirates, the frequency of war breaking out between nations, and the fortifications protecting certain ports. Finally, you must sign up with the French, English, Spanish, or Dutch, and then you set sail. As a result of an outbreak of mutiny during your voyage, you assume command of the vessel, and from that point on, you are in charge of your own destiny. From an overhead perspective that shows your ship gliding across a Caribbean that looks like a vibrant map brought to life, you sail with ease, steering your vessel left and right with the control pad and unfurling or trimming the sails with the press of a button to make the most of what the wind can give you.

Just be sure you have enough food in the cargo bay to keep your crew fed as the days and weeks fly by, and that you keep the loot coming in rapidly enough to keep them happy, or they may start abandoning you. Naturally, as a pirate, if your supply of food runs low, you can always just take some other ship's food for your own. You can maintain allegiance to certain nations and climb the ranks of nobility while sinking the warships of other countries. You can become an opportunistic pirate with no loyalty to anyone but himself. You can even operate as a peaceful trader, shuttling goods from ports where they are plentiful to ports where they are highly prized. And as for your family, you can focus all your energies on rescuing them or never spare them a second thought.

This freedom to travel and do as you please, and the wealth of opportunity that's available to you, can make Pirates intoxicating. You can hardly put in to any port without hearing juicy gossip about where to find a rival pirate, or perhaps being sold part of a map to a buried treasure. Drop by a governor's mansion, and you may receive a promotion, granting you benefits in that nation's ports. You may even be given a chance to escort the governor's daughter to a ball; in return, she may give you valuable information, useful items, or, eventually, her hand in marriage. Unfortunately, the dancing minigame you must play to impress the young ladies that you're paired with is terrible. Responding to onscreen cues, you must swing the remote right, left, up, or down, but it's difficult to get a sense of the exact timing required to make these moves. Sometimes you feel certain you nailed the timing, only to see your pirate stumble on the dance floor.

But of course, a pirate spends most of his time at sea, not hobnobbing at high-society dances. As you sail across the pristine blue waters, you can attack any other ship you see, though if you're diplomatically minded, you may want to spare a glance to check what nation's flag it's flying first. You should also consider how many cannons that ship has compared to yours, and whether or not she's well manned, because an adequate crew is vital for quickly reloading cannons between salvos. It's also important to try to come at your prey from windward; the added speed and maneuverability this affords you can easily mean the difference between victory and defeat. Once you commit to attacking the enemy ship, the camera closes in on the patch of sea where your cannon fire will be exchanged. Combat is a straightforward but enjoyable matter of trying to angle your ship properly so that the rain of cannon fire you discharge from your port or starboard side hits the other ship, while simultaneously trying to keep your ship out of your enemy's sights. There are different types of ammunition you can use: one for tearing the ship's hull to bits, one for damaging her sails, and one for thinning out her crew. These battles are simultaneously accessible and tactical.

Sinking your target and whatever treasures she carries does you no good, of course, so once you thin out her crew, you want to close in and board her. If the crew is thoroughly demoralized, the ship may surrender to you immediately, but more often than not, you have to take up your trusty sword and duel her captain before you can claim her. Unfortunately, the swordfighting minigame, while not quite as bad as the dancing game, isn't responsive or much fun. You wave the remote to chop, slash, or thrust with your sword, and you push buttons to jump, duck, or parry your opponent's moves. There's a discernible rhythm to these duels that you pick up on over time, but there's still often a frustrating delay between waving the remote and seeing your pirate captain perform the indicated move. Additionally, the fact that these duels play out the same way over and over again makes them wear thin pretty quickly. Each duel you win against a criminal in the back room of a tavern concludes with a beautiful barmaid breaking a bottle over the villain's head, while nearly every duel you win on a ship ends with the losing captain falling overboard, or one of a few minor, comedic variations on this conclusion. You might quickly come to feel like a pirate trapped in his own personal Groundhog Day, cursed to live the same events over and over again.

There are two other minigames, both exclusive to the Wii version, that you encounter during your pirating career. One is bombardment, which occurs when you try to land at a fortified city belonging to a country that you've made angry. It's a simple on-rails shooter sequence in which you aim with the remote at the cannons and ships defending the city. There's not much to it, but at least it works properly, unlike the dancing and swordfighting minigames. Finally, should you be arrested by a pirate hunter and tossed in jail, you can escape early by successfully completing a lock-picking minigame, which also makes good use of the remote. Here, your goal is to tilt the remote to find the correct position for your lock pick, while avoiding being caught in the act by patrolling guards. It's a fun little minigame, but it's unlikely that you'll find yourself being arrested very often.

When you're not busy sinking ships, you might engage in a bit of old-fashioned, X-marks-the-spot treasure hunting, using maps you've bought off mysterious strangers lurking in the shadowy corners of taverns. This is one area in which the absurdly flimsy manual that comes with the game becomes a problem. The manual is a two-page affair with no content other than the control schemes for each minigame. This would be fine if the game included a robust tutorial, but it doesn't. You can find some useful information by paging through the in-game Pirate-o-pedia, but it's no substitute for proper instructions. For instance, when hunting for treasure, you might sail to what you know is the location indicated on the map for the buried treasure, yet find nothing. What the game never tells you--unless you stumble upon it by scouring the descriptions for the 43 available achievements--is that you need to reveal the treasure's location by using a spyglass before you can collect it. Pirates may be an easy game to pick up and start playing, but you still need to learn a thing or two to get the most out of it.

The sailing aspect of Pirates looks good. The blue waters are inviting, and the sight of dolphins leaping in the wake of your ship makes this romanticized version of the Caribbean a place you'll enjoy visiting. That is, until things start to get noticeably sluggish when lots of ships and landmasses are onscreen at once, which can make the already slow process of sailing east against the wind downright excruciating. In addition, the minigames all have a grainy look to them, subduing the otherwise vibrant visuals. At least the sounds are a pleasure. Lovely melodies emanate from the cities you sail near, and the wordless vocalizations of characters you encounter set a breezy, lighthearted tone.

There's a perfunctory option for a second player to assist by performing minor tasks like attacking the enemy captain as a parrot during swordfights and adjusting the sails during sea battles, but it's hard to imagine anyone getting excited about playing such an inconsequential role. It's not that the qualities that made Pirates a classic are invisible in this Wii version. It's just that enjoying those aspects is all but impossible as a result of the frustrations that crop up. With the vastly superior PC, Xbox, and PSP versions widely and cheaply available, many potential players have easy access to a much better Pirates experience. This Wii version is better left buried and undiscovered by even the greediest of treasure hunters. 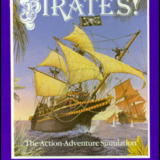 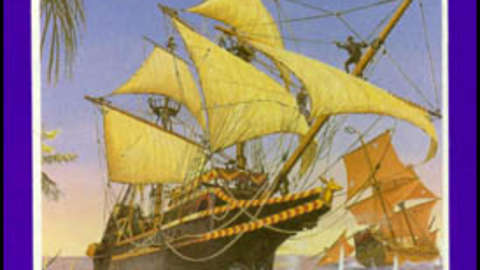 This is a triumphant remake of a classic strategy game, featuring an intoxicating blend of action, strategy, role-playing, and pure fun.