A refined throwback to the best parts of Shovel Knight and its kingdom.

King of Cards, the third (and final) Shovel Knight expansion, feels almost like a full-blown sequel. Starring the memorable King Knight, it harkens back to the gameplay of the original Shovel Knight adventure in both structure and execution. It's filled to the brim with varied and challenging levels, each more refined and focused than before by building on the many established strengths of this enduring franchise.

Shovel Knight: King of Cards acts as a prequel to the events of the original game in the same way that Specter of Torment did, following King Knight prior to his induction in the Order of No Quarter. It's a humorously written tale that gives more insight into the petulant and egotistical (but consistently entertaining) self-proclaimed King as you battle across the land to claim your namesake through a frivolous Joustus tournament. This is a new card game sweeping the kingdom, controlled by three of its best players in each of the regions you'll visit and claim for yourself.

King Knight's adventure falls squarely into standard Shovel Knight fare, with King of Cards feeling the most similar in structure to the original adventure out of the three expansions and the closest to a sequel in its scope. There's the same Super Mario Bros. 3-styled overworld map that you can work through in various ways. You can choose the shortest path to the region's boss battle or enjoy exploring by using alternative exits in levels to create paths to secret stages filled with valuable loot or new weapons and abilities. Side boss battle and optional treasure challenges pop up on the map to tempt you into treading off the beaten path, rewarding your detours with unsurprisingly stratifying platforming puzzles or nail-biting bouts that the series has become known for.

Stages adopt familiar themes from the series, from the neon-soaked labs of Plague Knight to the gold-laden walls of King Knight's future abode. Revisiting these areas is initially welcoming--a trip back to a familiar world--and does make some of the newer stages stand out more, given that you're not seeing them for potentially the fourth time like with the returning ones. King of Cards often feels like a celebration of Shovel Knight and its world, but it can at times feel overindulgent in its return to boss fights and stages you may have experienced multiple times already. While stages are altered enough to feel different beyond their visual makeup to account for King Knight's new moves, boss fights can feel much easier given that their attack patterns and abilities haven't really changed since their first appearance in the original Shovel Knight.

King Knight's own move set does make combat and platforming feel fresh, though, while also feeling faithful to the original flow of Shovel Knight. His standard attack is a horizontal dash and bash, flinging you into the air on contact with an enemy or a wall. When launched into the air, King Knight pirouettes into a dangerous spin, letting you hop between enemies while damaging them until you hit the ground again. It's reminiscent of Shovel Knight's vertical attack without the added benefit of choosing when you can enact it. Instead you have to carefully connect multiple dashes with reactive movements in the air that keep the chain going for the best effect, studying enemies' various attack patterns to pick the right moment to engage and the best window to get out. It gives combat a much quicker pace than any other previous protagonist, and retains the satisfaction of it despite the recycled enemies.

This puts a different spin on platforming, with each stage being suitably designed to challenge your understanding of King Knight's unique movement. While Specter Knight was able to wall jump and glide through lanterns, King Knight feels more restrained. Most walls can be dashed into to initiate a higher jump, but levels will routinely shake things up with elements that both restrict and change the way you perform this simple action. Slippery, ice-slicked platforms add a dangerous momentum to each of your landings, for example, while walls overgrown with vines prevent you from jumping against them from certain angles. Learning when you can chain together dashes and jumps and using the opportune positioning of enemies to bounce between long stretches of dangerous falls feels great. The designs of each stage make you feel like you're constantly on the brink of failure, but are forgiving enough to make each attempt feel fair. It's incredibly rewarding to push past each of King of Cards' challenging platforming gauntlets, and the varied level design makes consistent use of your limited movement in inventive ways.

King of Cards features many, many stages for you to tackle, and scratches the same sort of itch previous entries in the series have. But it also features an entirely new avenue of play in Joustus. Central to King Knight's quest is a card game that has captivated the land, filling taverns in each of the game's unique areas with challenging opponents. In Joustus, you use a deck of 16 cards to strategically move cards you've placed on a board onto green gems. Once the board is full and a player can no longer make a move, the player with the most cards on the gems on the board wins. Unlike card games such as Hearthstone or Gwent, Jousts feels more akin to strategic games like Go. It's less about individual card abilities and more about using specific cards to push around ones on the board, where thinking three steps ahead of your opponent and anticipating how they might affect the board is paramount to victory.

Vendors and beaten opponents will reward you with cards to build your deck, with their unique abilities adding to the complexity of the matches that follow. Initially, cards are inscribed with arrows that indicate directions that can push others on the board, but it doesn't take long for them to include effects that let you destroy other cards, alter their player allegiance, or push them much further than the standard single square. It takes some time to adjust to the rhythm that Joustus demands, especially when thinking about how your cards on the board can be moved around into inescapable areas. But it's a challenging side activity that acts as a rewarding respite from the demanding platforming, balancing the overall pacing of King of Cards.

Standard progression isn't gated by Joustus if you choose not to engage with the card game at all, despite the rewards attached to them. Vendors even offer cheats that turn each Joustus game into a trivial affair, letting you reap the rewards without needing to engage with deck construction and card collection if you're just here for standard Shovel Knight fare. It's easy enough to ignore the cheats if you want to feel the rush of a strategically demanding game of Joustus, but not obscure enough to miss if you're just looking for an easy way out.

Whether you're challenging foes at a table in a tavern or bashing them into oblivion with your scepter, King of Cards is like comfort food if you already have a taste for Shovel Knight. It doesn't stray from its established formula and often sticks closer to the format of the first game in the series rather than the more experimental expansions that came after it. And while its well-balanced platforming and demanding combat are a treat, its use of existing boss fights and enemies with little to no change in their mechanics saps some of the surprise out of these exciting encounters. It's been a persistent issue in each of Shovel Knight's expansions, but the King of Cards' attention to level design and deeply engrossing gameplay do help mask it better than before. If this is meant to be a farewell to Shovel Knight's first adventure, it goes off with all the spectacle and confetti it deserves.

Alessandro executed King Knight's will over 10 hours with this expansion, seeking out most alternate exits on stages and beating every possible Joustus challenger willing to step up to the table. Review code was provided by the publisher. 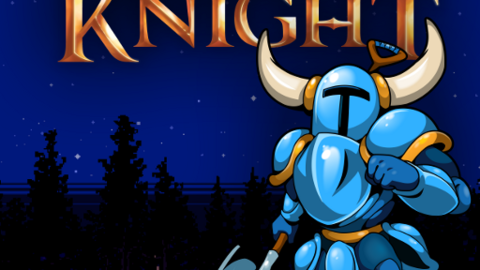