It's Tony Hawk's Pro Skater 2 on snow--albeit with a few caveats.

Shaun Palmer's Pro Snowboarder gives Game Boy Advance snow hounds something to play besides Tony Hawk's Pro Skater 2 or 3. The game features four full-length courses with three events each, and its 3D visuals let you compete in brutal slalom races, tackle slick half-pipes, and perform all manner of insane tricks. Initially, there are only four boarders to choose from, including the six-time X-Games champion himself, Shaun Palmer, but more unlock as you earn sponsors. Sponsorships are the overall objective of the game, the majority of which you earn by completing set goals for each event. In short, it's Tony Hawk's Pro Skater 2 on snow--albeit with a few caveats.

Like in the Tony Hawk games, gameplay in Shaun Palmer's Pro Snowboarder revolves around performing tricks, chaining combos, and discovering secrets. For the freestyle and Palmer-X (race) events, this usually amounts to accruing a certain number of points, finishing on time, and gathering letters to spell the word "shred." However, unlike in Tony Hawk's Pro Skater 2, your boarder is in constant motion, which makes it impossible to revisit previously missed items and areas. Although realistic, this aspect of forward momentum limits the experience somewhat and won't exactly sway those who could just as easily pick up the two Tony Hawk titles or Mat Hoffman's Pro BMX--all three of which offer free-roaming gameplay.

However, if you absolutely love snowboarding, this is a great re-creation. Using the directional pad to steer, you use the B button for deceleration and sliding, the A or B buttons for grab tricks, and specific taps of the directional pad to control balance and activate manuals. Manuals are an exciting aspect of video game snowboarding games in that they enable you to chain tricks together on the ground, which in turn literally lets you transform the course into one giant trick combo. There aren't as many vehicles to grind or as many items to collect as there are in other similar extreme games, but the number of hidden areas within each course, as well as the game's gorgeous visuals, makes Shaun Palmer's Pro Snowboarder deceptively rich.

As for the definition of rich, developer Natsume has used a mixture of 2D sprites and simplistic polygons to fashion the game's boarders and environments. Just like in the GBA Tony Hawk releases, there are plenty of vehicles to grind, buildings to crash through, and pedestrians to accost. Since the camera is set above and in front of your athlete, the overall viewpoint is similar to what you'd see during a TV broadcast. Although this isn't exactly the best vantage point for downhill runs, the levels of course animation, character movement, and environmental detail--like snow--are superfluous. Strangely, the superpipe event switches the focus from the front to a position directly behind your boarder, which ultimately makes viewing the track and performing tricks a breeze.

In terms of audio, Shaun Palmer's Pro Snowboarder does a decent job of mingling trance music with painful speech samples. An additional selection of lifelike snow and collision sound effects adds to the game's overall realism but doesn't ultimately breathe excitement or flash into the experience. If the soundtrack is any indication, Activision doesn't feel that snowboarding warrants the same adrenaline-pounding thrasher music as the handheld versions of the Tony Hawk series.

Comparisons aside, Shaun Palmer's Pro Snowboarder may not be as flashy as Activision's other alternative sports games, but it'll certainly please people who absolutely must get their thrills and danger on the slopes. A bonus two-player race mode provides additional value for when you've unlocked everything in the single-player mode, but it's definitely not comprehensive enough for longtime replay. 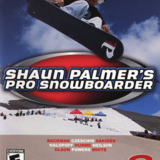 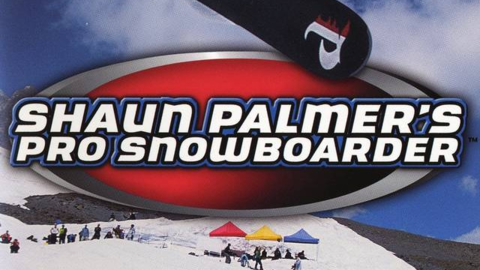