Although Sacred 2: Fallen Angel doesn't break any new ground, it does impressive work freshening up an old formula.

Hack. Slash. Grab loot. Repeat. That formula is followed to a tee in Sacred 2: Fallen Angel, another action-first RPG you can toss onto the pile atop Diablo, Titan Quest, and the first Sacred, now more than four years old. But this isn't just another paint-by-numbers take on the fast-clicking genre that gave too many of us carpal tunnel syndrome. While the new game hews closely to the modus operandi of traditional hack-and-slash role-players, it offsets the lack of innovation with a monster-slaying rhythm guaranteed to hook you so thoroughly that you might as well have been hypnotized. This, plus a decidedly offbeat sense of humor and great multiplayer support, makes the game stand apart from the pack.

As usual with clickfest role-players, there isn't much here in the way of plot. Bad things are going down in the D&D-style land of Ancaria, and you play either the noble hero who can set everything right in the light campaign or the evil villain who can wreak even more havoc in the campaign of shadows. The main plot isn't well laid out at all, particularly in the beginning. You can figure out on your own that problems are brewing with the High Elves and T-Energy, a glowing blue substance pumped all over the land in what look to be oil pipelines, and hone in on the main story by forgoing side quests for plot-oriented ones (which is easy to do as side quests are marked with gray circles on the map and story quests are marked with orange ones). But beyond that, nothing is given any serious dramatic push.

At least the game keeps you busy. Running around handling tons of quests is always in the forefront, which gives everything a hectic, odd-job feel. It's as if the game is constantly building toward something, but never gets there. Just when you think you're going to finally find out what the deal is with the elves and the T-Energy going nutso, you're instead hit with another apparently random assignment to find rare herbs for a potion, search a graveyard for a lost chicken, find somebody's missing spouse, kill a bunch of undead, or whatever. Only the sheer number of quests, their good variety, and the way that the game constantly hits you with these rat-a-tat-tat errands keeps you interested. It's tough to get bored when you have over a dozen quests on the go. Still, the massive size of the map will occasionally annoy you. A lot of time is spent hoofing it from Point A to Point B to solve or wrap up quests, as the game's teleportation system is awkward and lacking in gates. At times, you'll think the world feels unnecessarily big, and that you're spending more time in transit than you are killing monsters and collecting loot.

Most of Sacred 2's character is actually provided through visuals and sound. This is a real looker, with gorgeous sylvan scenes that include flower-strewn fields, dense forests, and babbling brooks, along with mountain and desert terrain reminiscent of postcards. Load times are practically nonexistent, except for those odd moments when you venture below ground for a bit of dungeon-crawling. Added details are everywhere, particularly in the towns and villages that seem to have been laid out by master architects and landscapers. The only drawback to the countryside is that it is often too meticulously sculpted. There are lots of impassable cliffs, uncrossable rivers, and impenetrable bushes, forcing you to check with the full-screen map constantly to avoid wandering into a dead end or cul-de-sac. Unless you're one of those people who never gets lost, you will run into a lot of "can't get there from here" moments. Character art and animation are equally superb. Many creatures in the game are given distinctive touches that separate them from fantasy archetypes. Kobolds here, for instance, are wizened gnomes with massive schnozzes, not the little lizard-goblin things of D&D fame. Earth elementals are muddy flying spirits. And even more generic fantasy monsters tend to show off at least one distinctive design element, such as the weird, spiky helmets on the skeletal undead. Each type of creature also generally comes in a half-dozen or more varieties with differing appearances and abilities, from grunts all the way up to bosses.

Audio adds even more personality. Background music and battle effects deal in the usual Renaissance fair string plucking and sword clashing, but the game also has a unique take on some of the tunes and the character voices. Part of the soundtrack consists of licensed songs from German hair-metal band Blind Guardian, most notably a title track so gloriously stupid that you can't help banging your head to the opening cinematic. Character lines occasionally consist of droll commentaries that break the fourth wall. Dying enemies will mutter things like, "I knew it, I'm nothing more than an extra" and "I know where you parked your car, player!" Heroes shout typical battle cries along with comments such as, "My statistics continue to improve."

Game mechanics similarly blend the stereotypical and offbeat. There are six prerolled characters to choose from when starting your adventure, ranging from genre standards like the High Elf mage and the Seraphim battlemage to the decidedly weird Temple Guardian warrior, a robot version of the ancient Egyptian god Anubis who clanks around Ancaria with a melee weapon and a laser blaster. Basic character stats and skills are handled in roughly the same way as in any other RPG. You gain experience, level up, dole out points to attributes like strength and charisma, and pick from a skill tree that branches out to deal with everything from proficiencies with specific weapons to foot speed to ability regeneration times. Each character class also comes with special abilities, and can choose a god at the start of the game that bestows an added attribute. The latter powers function a lot like souped-up smart bombs, and they take a long time to regenerate after being used. They all come with big-time pyrotechnics and effects that can instantly end battles against even the largest hordes of enemies. The Will-O-Wisp, for example, can incinerate dozens of foes at the same time as it heals your friends.

You do get tossed a few welcome curveballs, however. There are no magic points or mana to manage. Special abilities revive over set periods of time based on current skill level and the use of magic runes found throughout the game. Loot drops can be scooped up with the single click of a button, making the after-battle cleanup a snap. Mounts can be purchased fairly early on in the game to crank up the offensive abilities of every character class. Many items come with penalties. The protection of better armor, for example, is often offset by how it slows down hit-point regeneration. Anyone with RPG experience will find this restriction hard to accept, as it runs just about exactly opposite to every other game in the genre, where better equipment almost always improves your abilities across the board. And the multiplayer is very thorough. LAN and online support is offered for up to 16 players, and you can freely move in and out of multiplayer and solo campaigns with the same character, keeping all items and experience no matter where you earned them. Online play is smooth and lag-free, and feels like a natural extension of the single-player game, albeit with some connection problems at present (see below).

Unfortunately, a few unwelcome curves are also present in the form of a fair number of bugs. Characters can fall through floors and get stuck in the scenery, or wind up jammed in apparently clear areas and then have to stagger through them like they're doing some kind of staccato mime routine. Enemies sometimes lock into an animation and continue to go through the motions of attacking even after they've been killed and can't actually touch you. Allied artificial intelligence is very screwy. Buddies with attacking abilities wander all over the place gooning packs of enemies best avoided. Even worse, friends without combat skills act as catnip for monsters. Whenever you're escorting some defenseless person to a quest, for instance, baddies often ignore you entirely and chase the helpless character all over the map. This forces you to in turn run them down in what plays out like an RPG take on an old Benny Hill sketch. Allies also often get mixed up with the scenery, and walk around with their lower bodies well below terra firma. Resolving most of these problems requires a save and reload, which is a pain because the game offers no save on demand. Instead, you have to save and exit to the main menu, which can lose you some progress in the gameworld as you get knocked back to the last resurrection monument when you restart. None of the problems here is common enough to really destabilize the game, but there are so many different issues that you can never quite relax and assume that you won't encounter some quirk or crash that will set back your progress.

Even worse technical glitches also plague the game in its current state. Crashes drop the game to the desktop every so often. This typically takes place during transition loads when going from one area to another while playing solo. Multiplayer is a little wonky online. It can be really tough to get connected, as the servers seem to fill up pretty quickly during prime hours in both Europe and North America. There are different servers for each region, although you still tend to have to wait until the wee hours of the morning to be sure you can get in a game. The game also has a tendency to reject legitimate user passwords, preventing you from logging in. These two problems might actually be related, as many posters at the official forum believe that the "password not found" error message pops up by mistake when the servers are full.

Although you've already seen just about everything that Sacred 2: Fallen Angel has to offer, the game is impressive enough that it seems more exciting and fresh than dull and familiar. It could use a patch to clean up some of the instability, and more efficient ways to move around the map, but this is still the best action-oriented RPG to come along since Titan Quest, and a truly addictive experience in its own right. 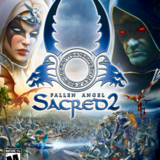 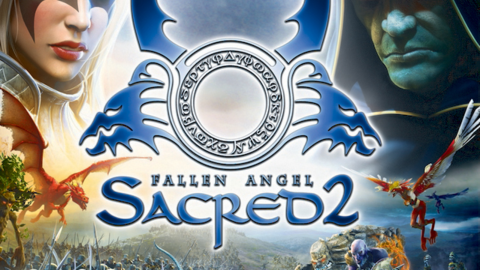 In Sacred 2: Fallen Angel, you can choose one of six characters to take part in both good and evil quests.