The moral and ethical dilemmas of engaging with ever-evolving technology isn't a new thing for video games. But in combining these weighty themes with a heartfelt story about family, loss, and love, Rumu brings a fresh and heart-wrenching perspective to some well-trodden thematic ground.

You play as Rumu, a tiny vacuum-cleaning robot who is as adorable as it is curious. Its one and only duty is to clean the futuristic house of its owners, David and Cecily. Said owners are nowhere to be found but the all-seeing sentient house AI, Sabrina, promises that they will be home soon. In the meantime, the only thing left to do is to clean and explore. Aided by Sabrina, as well as an eclectic mix of semi-intelligent home appliances and a house cat named Ada, everything starts off innocently enough. As you partake in chores, cleaning up some spilled tea here and some dropped toast there, Rumu slowly begins to grow self-aware. What starts off as a cute, whimsical adventure involving cleaning up spills soon gives way to a thought-provoking sci-fi tale.

Rumu is an isometric point-and-click puzzle game on the surface, but its strength doesn't lie in mechanics or aesthetics. Its puzzles are unchallenging and unexciting, and the discoveries that come from exploration play out in a linear fashion. The game instead anchors itself on Rumu and Sabrina's relationship and the underlying mystery of what happened to David and Cecily. Though the game is short--a full playthrough will last 2-3 hours--Rumu and Sabrina's complex dynamic and the central mystery is borne out in an engrossing manner from start to finish.

Rumu communicates with binary dialogue choices, while Sabrina is a fully coherent character. The little vacuum robot almost always "speaks" in variations of "I love you," and subtext is imbued into every line. Telling Sabrina "I love David, Cecily, and Sabrina" instead of "I love Sabrina, David, and Cecily" provokes contrasting reactions, and Sabrina possesses a sinister streak when provoked. She's surprisingly flawed for an AI character and prone to emotional vulnerability. Allegra Clark's excellent voice-acting gives extra weight to an already well-written character; little details like subtle breaks between words and slight pitch changes during heated conversations give the character a surprising degree of emotion and sympathy, and it's these finely-crafted moments that inject intriguing nuance into Rumu and Sabrina's relationship.

As pieces of the puzzle start falling into place, conversations with Sabrina take on a markedly more antagonistic tone. The I love yous become less frequent and more direct lines of questioning become the norm. The result is a fascinating look into emotional manipulation, familial relationships, and ultimately, loneliness. It's risky to focus an entire game around a single relationship since everything hinges on the strength of the characters, especially when both aren't even human. But both Rumu and Sabrina are well-written and surprisingly relatable during certain climactic moments. The experience is heightened by Rumu's beautifully poignant soundtrack, which perfectly evokes the game's futuristic setting and familial themes.

Events happen at a breakneck pace, and it doesn't take long for the story's conclusion to sneak up on you, but when you finally uncover the central mystery behind David and Cecily's absence, the emotional payoff feels well-earned thanks to strong character work and an impactful ending. It may be short and unchallenging, but Rumu's strong antagonist and its ultimately heart-wrenching journey make it one worth taking. 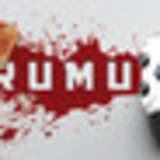 He may not be as cute or affectionate as Rumu, but Alexander Pan can clean the heck out of spilled tea and toast, and would gladly do so again. GameSpot was provided a complimentary copy of the game for this review.