Diary of a madman

There's a certain flavour of brutality that some video games possess. An intoxicating river of violence that flows through the gameplay and drives a story through to a (hopefully) satisfying conclusion. It provokes a certain appeal that transforms a potentially generic experience into a bleak, brutal journey of blood, sweat and tears. This is where Ruiner lives and breathes.

In the year 2091, the city of Rengkok is a corrupt yet alluring hellhole. Gangs of murderous street kids roam the alleyways and corporate guards tell you where you're not welcome. The failing conglomerate Heaven controls everything from military to entertainment and everyone in between is just trying to survive.

As rich as this backdrop is, it is a clothesline from which mass murder hangs. Your character is an internally wired lunatic whose only emotions are nods, shrugs and various moods which are displayed on an impressive LED helmet. Unfortunately, this technology is easily exploited and that's where the story of Ruiner begins. Rebooted by a mysterious hacker named Her, you are told that Heaven has kidnapped your brother and you must tear Rengkok apart to find him. She calls you her 'Puppy' and as far you know, this is your only identity.

Visualised from an isometric perspective, Ruiner demands a lethally fast playstyle balanced with a methodical view towards defeating your enemies. Blood paints the floor as you cut a path through walls of bodies with swords, shotguns, pipes, rail guns and grenades. From dilapidated gang warehouses to thunderous steaming factories, the environments of Rengkok are your canvas for the art of death.

With a legion of inventive weapons and skills, mixed with abilities like a quick dash, shield, and the manipulation of enemies brains, everywhere you go quickly becomes a playground of murder. Ruiner strides knee-deep through carnage with such precision and confidence that sometimes all you can do is hang on and hope you come out alive the other side. As you begin to become accustomed to the sometimes brutally difficult combat, the game opens its doors to inventive boss encounters, and some profoundly satisfying melee combat scenarios.

Cyborgs, assassins and gang leaders can kill with only a few strikes or bullets so if you don't keep to the mantra of "move or die", you'll witness your demise many times. However, Ruiner never feels unfair. While it gives the early perception of being unforgiving, it is always clear where you went wrong, and you immediately want to jump straight back into battle to demonstrate that you have what it takes. Every enemy encounter gives you enough rope to hang yourself and it's up to you to figure out how to escape the noose.

The most outstanding companion on this murderous journey is the music. Developer Reikon Games has assembled a myriad of artists to contribute to the driving, thumping soundtrack. From Polish techno to UK house tunes, the intoxicating soundscapes help propel the violence and drive Ruiner into that golden 'one-more-go' territory which can be difficult to escape.

Every enemy encounter gives you enough rope to hang yourself and it's up to you to figure out how to escape the noose.

The characters that populate the city are a fascinating collection of outcasts, scumbags and manipulators. With names like Mechanix, Nerve and Traffic King, the cyberpunk landscape of Rengkok is littered with mysterious conversations and peculiar motivations. However, here lies Ruiner's most glaring misstep. While every character has a compelling personality, not enough is done to bring them to the surface. The dialogue is well-written but most citizens you interact with are not as fully realised as they deserve to be. Loose ends begin to pile up and by the end of the story, you're left wondering if a large part of the tapestry of Rengkok was left on the cutting room floor.

But this matters not when you're inhaling the blood-drenched aesthetics of this universe. Cinematic lighting peeks through robotic factories and muted neon colours paint your path into a unique world of futuristic corruption, though the overwhelming presence of the colour red begins to notably dominate everything in the wake of your actions. From in-game menus to warehouse lighting, this theme is a constant reminder that bloodshed is your currency and your pockets are very deep indeed.

Violence in games can be designed as an incentive to move forward. When expertly crafted, it is a catalyst to continue when you might give up and go beyond where you thought your capabilities ended. In this respect, Ruiner succeeds masterfully. A lightning-fast lethality fits this cyberpunk world like a glove and pushes you into surprising tests of skill that become more rewarding with every slice and explosion.

Ruiner creates a future teeming with interesting concepts, fascinating people and hidden despair. But it is the combat which stands front and centre. Through the endless bodies that fall by your hand, the grim layers of the story peel away to divulge a few surprises about the meaning of life, death and revenge. It is a revealing journey that's well worth taking but it is apparent from the opening scene to the mysterious finale, the only thing that is pure and absolute in the world of Ruiner is murder. 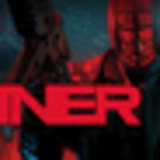 David Rayfield would prefer to convey his emotions via a face helmet covered in pretty lights. But until someone hacks his brain, a non-committal shrug will have to do. He spent around 10 hours completing the story, replaying missions, and soaking up the atmosphere. Ruiner was reviewed on PC.