Despite its lengthy production cycle, Robocop has a bevy of horrible problems that render the game practically unplayable.

It's been a very long time since Robocop, Detroit's favorite robotic police officer, has found his way into a video game. Understandably so, since the last Robocop film to hit theaters debuted in 1993, and the franchise hasn't been used much since. In 2001, Titus Software announced it was planning to bring Robocop to the current generation of consoles, though updates following that announcement were sparse at best. Two years later, Robocop has finally made it to the Xbox. The game is a first-person shooter, where you, as Robocop, have to take down the criminal element of Neo-Detroit by blasting your way through every bullet-fodder gang member in sight. Unfortunately, Robocop for the Xbox, despite its lengthy production cycle, has a bevy of horrible problems that render the game practically unplayable.

There are nine basic missions in the game, each with multiple sections. Each mission in the game has one primary objective, a few secondary objectives, and some bonus objectives. The primary objective has to be achieved in order for you to progress, whereas the rest simply factor into your final score at the end of every level. All the missions in the game are actually quite long, but this turns into more of a detriment than a pleasantry as soon as you realize that you are completely unable to save the game at any point during a mission. Saves only take place at the end of each mission, which could have been OK, if the game weren't so mind-bogglingly difficult. Practically every mission in the game takes quite a number of tries to get through, and dying is an incredibly frequent occurrence, almost to the point of inevitability.

How can Robocop be so easy to kill? Partially because every level is completely overloaded with enemies, and Robocop evidently doesn't know how to duck. Every bad guy in the game is armed to the teeth, and though the enemy AI isn't especially adept, they still know how to fire their guns until you're dead, and they absolutely love to do so. Robocop, as you might assume, isn't exactly spry, so he can't just run away when a bad guy is shooting him in the back with a submachine gun. Occasionally you'll find objects to hide behind when things get hot, but more often than not you'll just have to blast your way past every enemy while taking a lot of incoming fire and just hope that there's a power-up somewhere nearby to replenish your health.

Robocop does have a few different weapons at his disposal, such as a machine gun that attaches to his arm, a missile launcher, a grenade launcher, and, of course, his trusty MGC M93R-AP automatic pistol. However, save for the guns that create big explosions, most of them really don't have a whole lot of impact unless you're spot on with headshots. Shooting a bad guy with practically any gun in the game anywhere other than in the face just doesn't lend itself toward a productive result. It can take upward of 9 to 12 non-headshots per enemy to take them down, and considering that ammo is limited, this is extremely irritating. Periodically, enemies will simply give up after taking five or six shots in the chest, so you'll at least save a few bullets in these instances. Adding to the frustration is the fact that the game's auto-targeting system is pretty much broken, and when you couple that with some unwieldy analog controls, you'll find that hitting your target at all, let alone landing multiple shots, is practically an exercise in futility.

Despite the two-year-plus development cycle, Robocop is a buggy mess, filled with loads of unbelievably obvious issues that somehow dodged their way through the QA process. The biggest of these issues involves collision detection, which might as well not even exist half the time. Enemies will frequently just waltz right through walls and not think anything of it. Of course, while their gun is sticking through a wall, they have the ability to shoot you, but if you try to shoot back through the wall, your bullets magically bounce right off. Enemies also have an interesting habit of just totally spazzing out at times, depending on how close or in what position you're standing in relation to them. Sometimes moving too far over from their basic firing range will cause their torsos to start spinning around and around like a demon-possessed whirling dervish, and they won't stop spinning until you move that extra inch over to the right. Also, in practically any mission where you have to rescue hostages, if you wander up to a wall on the opposite side of the room where the hostage is positioned, and you press the "rescue" button while facing that wall, you can rescue the hostage without ever having to walk into the room and face any of the bad guys.

When it comes to graphics, Robocop just doesn't look good at all. Every environment in the game is drab, ugly, and extremely poorly textured. Save for a few of the more rare and more difficult baddies, such as the infamous ED-209 and the giant sewer rat that shows up at one point (though we haven't figured out why), the rest of the game's bad guys look like a bunch of Final Fight rejects, with every cheap and generic physical attribute you can think of for a gang member. The Robocop model itself actually looks pretty good, though since the game is a first-person shooter, you rarely ever see it, except in the few cutscenes that present themselves. The game's sound is of even worse quality, especially when it comes to the audio mixing. Much of the cutscene dialogue is extremely quiet, and you'll have to turn up your TV pretty loud to hear what's going on--but moments later you'll be grabbing the remote as the blazingly loud gunshots start going off as the mission begins. Robocop is apparently voiced by whatever developer on the game drew the short straw, and he couldn't muster up even a decent Robocop impression. Additionally, never once does Robocop utter one of his famous one-liners; instead, we're treated to a number of lame exclamations like "Oh yeah!" and "Prepare to meet your maker!" which sound completely ludicrous coming out of a supposedly emotionless machine.

Every single aspect of Robocop feels like it was thrown together at the last minute, and the end result is a game that, for all intents and purposes, is just no fun at all. Even if you're a fan of the Robocop franchise, you'd be infinitely better off just watching any of the movies (yes, even Robocop 3), rather than paying full retail price for a shoddy product like Robocop for the Xbox.

View Comments (1)
Back To Top
2.2
Terrible
About GameSpot Reviews 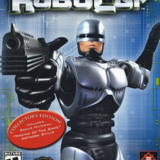