Ristar is a fun action romp and a little-known gem that still holds up a decade after its initial release, thanks mainly to the character's unique ability.

Legend has it that when Yuji Naka and his pals on Sega's Sonic Team were sketching out ideas for the character that would eventually become Sonic the Hedgehog, one of the first concepts involved a rabbit that could grab enemies and slingshot its body into them. The rabbit didn't quite fit in Sonic's fast-paced world, but a few years down the line and after numerous Sonic the Hedgehog sequels, some people at Sega decided to transform the character into a star-headed alien and give it its own game. Ristar, as the character and game are known, came out in 1995 for the Sega Genesis and is widely regarded as one of the system's best side-scrolling action romps. Not many people took the time to play Ristar back then, but thankfully, everyone has another shot to play this 16-bit gem now that it is available for download and play on the Wii's Virtual Console.

The object in Ristar is to get through the two main levels in each of the game's six worlds and then topple the boss you encounter at the end of each world. Ristar's only power is that he can grab onto enemies and objects, which lets him accomplish a great many things. For instance, touching an enemy will take away one of your health points, but grabbing and bashing the enemy will harmlessly launch it off the screen. Every level is filled with branches and handholds that you can climb and swing from. You'll also frequently encounter horizontal poles that you can use to send Ristar flying high into the sky, which usually results in the discovery of a hidden platform and a treasure item. In general, the surrounding environments are highly interactive. You'll often notice spots where you can drop to a lower path or switches that will open doors. Flinging Ristar around and bonking enemies is loads of fun. The boss battles at the end of each world are great too. They can last a while, since each boss has a number of different attacks and reactions, and doling out damage usually involves waiting for a specific moment of weakness or for an object in the environment to come within reach.

One positive side effect of Ristar coming out so late in the life cycle of the Sega Genesis is that the game reaped the benefits of all the experience Sega's people gained from producing numerous Sonic the Hedgehog games. The difficulty seems just right. You'll get hurt less often and lose fewer lives each time you play a level. Later levels are challenging, but there aren't any unfair surprises. Checkpoints are plentiful, and extra lives are ripe for the taking, if you can find them. Visually, the developers made the best of the system's limited color palette and employed every graphical trick they could to make the game look snazzy. Ristar and his enemies have a good variety of animations, but what you'll probably notice the most are the colorful, multilayered backgrounds that constantly flaunt animated details in the form of moving clouds, falling debris, and rampaging creatures that have a habit of hurling things at you from a distance. For the audio, the developers overcame the sound chip's propensity for hissing and popping and produced some genuinely intricate pieces of music. The whimsical sound effects and Ristar's infrequent vocal comments are nice too.

With regard to emulation quality, the Wii handles Ristar without any noticeable hiccups. The graphics are sharp, movement is smooth, and the audio sounds just like it would if you were playing the game on a Sega Genesis. Furthermore, since the game uses only two buttons, it controls just fine with the Wii Remote, a GameCube controller, or the Classic Controller add-on.

Games like Ristar are a perfect fit for the Virtual Console. You may have missed out on this quirky action romp the first time around, but now you have a new opportunity to enjoy it. If you don't already own Sonic Mega Collection Plus or Sega Genesis Collection, which were previously published for a variety of systems and contain Ristar along with many other classic Sega games, you should definitely consider redeeming 800 Wii points ($8) to download and play Ristar on your Wii. 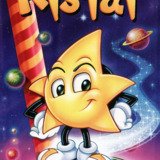 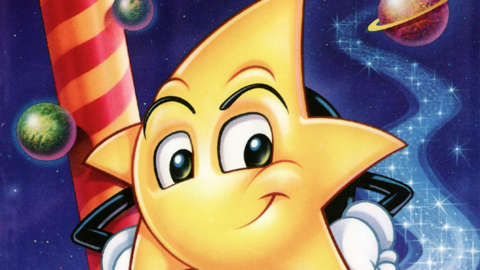