Return Of The Obra Dinn Review: The Good Ship

Like Lucas Pope's previous game, Papers, Please, Return of the Obra Dinn is primarily concerned with processing information. In the latter, you play as an insurance clerk assessing claims on a mysteriously abandoned ship rather than a customs agent assessing documents at the border of a totalitarian country, but in both games, you are presented with fragments of data and asked to check their veracity through cross-reference and deductive logic. Both games are also grim in their own ways, but while Papers, Please forces you to consider your personal moral compass and where you're willing to see it compromised, Return of the Obra Dinn leaves you in a more detached role as the time-traveling observer of a naval journey gone horribly wrong.

In 1802 the "good ship" Obra Dinn set sail from London to "the Orient" but never reached its destination. Five years later it is found drifting into the port of Falmouth in southwest England with no one left alive on board. As a clerk at the East India Company it's your job to explore the ship and find out what happened. You're given a nifty book--which includes a full crew and passenger manifest, annotated deck maps, a glossary of basic sailing terms, and a group sketch of the people on board drawn by one of the passengers--into which you are expected to record all the relevant details.

Like most insurance clerks, one suspects, you are also equipped with a magical pocket watch that, when opened and activated in the presence of a corpse, allows you to travel back in time to the moment of the person's death. It's almost literally a single moment, too, as the screen fades to black and you hear but a few seconds of speech or other sounds leading up to the fatal incident before you find yourself inside a scene that's been frozen in time, and the investigation begins.

In this space (which, like the entire game is explored in first-person) you can walk around a confined section of the ship but you cannot interact with anything. You can only zoom in for a closer look at any object, and beyond the immediate surroundings, the background just fades out into nothingness. The entire game is presented in a starkly beautiful monochromatic color scheme, a graphical style described by the developer as "1-bit". When still, it resembles something from an early '80s PC, albeit displaying at a much higher resolution. But in motion, when you're walking around the decks, it looks quite unlike anything seen before--a startling retro throwback that is as alien as it is familiar, and that inherent strangeness works only to enhance the sense of mystery.

Once inside an investigation space--or memory, as the game refers to them--the first thing you're compelled to do is examine the now-deceased body in front of you, matching their face to the artist's sketch in your book to commence the process of identification. You still don't know their name, but perhaps there was something you heard just before they died that could be a clue? Maybe there's something about what they were doing or wearing or where they were on the ship or who they were with? You also need to determine their fate--were they shot or stabbed or poisoned or crushed or worse? And, if they were murdered, then by whom? Which likely means having to identify someone else through another series of clues. Or maybe you'll need to find the answers in another memory instead?

At first, you won't have enough information to draw any firm conclusions about the fate of the ship. However, as you explore the ship and find more bodies, which in turn open up new areas of the ship and reveal yet more bodies, the gaps in your knowledge will start to close. Soon you'll have access to a series of memories that, by the time you're done identifying everyone and discovering their fates, come together to tell the story of the Obra Dinn and the sixty people on board. It's at this point, as you stand over an unknown corpse with your trusty notebook in hand, that Return of the Obra Dinn solidifies into an exceptionally compelling representation of detective work.

Unlocking a person's identity requires you to pay attention to every last detail across multiple memories. To narrow your search you can bookmark a specific person and revisit only the memories in which they appear, letting you focus on their individual story in an attempt to clarify their actions and link them to a particular role on the ship. Further, the Obra Dinn had a fairly multicultural crew so you'll do well to note the different languages spoken and the varying accents of the English-speaking majority, as well as the details of each person's physical appearance.

At any point, you can pull out your book to pencil in a detail. Perhaps you think this chap is the First Mate or this fellow with the beard got shot by the ship's surgeon. Correctly identify three people and their fates and the game will let you know by properly typesetting your penciled notes. Some will be obvious, most will not, and many will require keeping track of multiple scenes and threading together numerous what-at-first-seemed-inconsequential pieces of information. When a clutch of clues fall into place and you crack the case, as it were, it feels immensely satisfying.

Plenty of games promise to make you feel like a detective only to have you checking boxes, but here it's different. Return of the Obra Dinn gives you all the tools you'll need to solve its puzzles--the book interface is a masterpiece of connected design--and then trusts that you'll be capable of arriving at the correct answers by yourself.

But it's more than that. Your magical pocket watch and its time-traveling, corpse-identifying mechanic offers far more than just an exceptionally clever puzzle game--as if that wasn't already enough. It also delivers a wonderfully evocative method of storytelling as you gain glimpses into the lives of each person on board at vital moments along the Obra Dinn's journey and piece together who they were, what they had to deal, what motivated them, and how they responded when tragedy struck. You may only see them in scratchy monochrome stills and hear them in brief snatches of urgent conversation, if at all, but if you're paying attention then you should feel like you know (almost) every one of these sixty people intimately by the end of the game.

View Comments (11)
Back To Top
9
Superb
About GameSpot Reviews 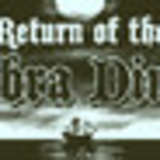 Return of the Obra Dinn
Follow
$85.99 on Walmart
Buy

David Wildgoose filled his own spiral-bound pad with notes reading "Frenchman was torn apart?", "guy who was accidentally shot after being spiked and crawling away was shot by another guy" and "last seen on deck grabbed by tentacle" during the dozen or so hours it took to play through this game. He recommends you do the same. 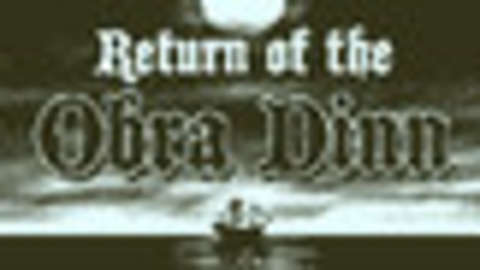 Return of the Obra Dinn

7.4
Sign In to rate Return of the Obra Dinn