Rayman 3 maintains the spirit of the series without fail.

With Rayman 3 for the Game Boy Advance, which was released in time to coincide with the GameCube release of Rayman 3: Hoodlum Havoc, Ubi Soft has brought its foremost platforming hero back to Nintendo's handheld for an all-new adventure. As the first original 2D Rayman game since the first Rayman, the game does an excellent job of capturing the old-school, hard-core platforming appeal of the original.

Rayman 3 borrows liberally from both Rayman 2: The Great Escape and Rayman 3: Hoodlum Havoc in terms of plot. The story revolves around the dark lum that Rayman's companion Globox accidentally swallowed, though in this version of the Rayman universe it seems that Admiral Razorbeard, the antagonist from Rayman 2: The Great Escape, is still around. Aware of the potential power that a dark lum could give him, Razorbeard gives chase.

Thankfully, the plot quickly takes a backseat to lots and lots of quality platforming action. Rayman is one of the more well-rounded platforming protagonists around, and the gameplay in Rayman 3 reflects this versatility. Though most levels basically boil down to getting from one end to the other, freeing teensies from their cages, collecting lums, and disposing of the very occasional bad guy, the actual level design remains fresh and varied throughout. The action mostly revolves around pure platforming action--leaping over bottomless pits, running across collapsing platforms, climbing up vines, grappling onto midair rungs, using Rayman's helicopter hair to glide your way through dangerous areas, and the like. The game will also occasionally throw in levels where you'll guide Rayman through some murky swamps as he water-skis behind a friendly snake, which can be entertaining, as well as a few boss fights, though these are definitely not the high points of the game. For players who have been on the 2D platformer wagon, Rayman 3 will no doubt provide a good challenge, too. You'll be doing lots of platform jumping that requires impeccable timing, usually giving you a satisfying test of skills, though occasionally you'll have to perform some blind jumps and commit some sections to memory to move on.

The action might be reminiscent of 16-bit gaming, but Rayman sports an updated look, appearing much as he does in the console version of Rayman 3. His hair is a little taller, his nose a little bigger, he's traded in his signature red neckerchief for a little red hood, and his animation is significantly more refined. The environments generally look good, though they have a grittier look than the highly psychedelic levels seen in Rayman Advance. The only area where the visuals in Rayman 3 seem to fall short is with some of the enemies, specifically Razorbeard's robot minions, whose animations look stilted and jerky. Rayman 3's sound is similar to the sound in past Rayman games, using a sort of dreamy, abstract soundtrack to enhance the game's rather surreal look, and to good effect.

Rayman has never been a top-tier platforming hero, though it hasn't been for a lack of quality. Rayman 3 maintains the spirit of the series without fail, delivering a wholly enjoyable and challenging platformer. It's not wildly original or innovative, it's just fun. 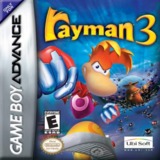 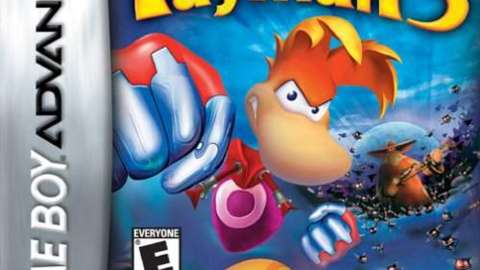 Rayman 3 proves to be one of the N-Gage's best games so far, simply by virtue of the fact that it provides a fun experience without too many caveats.