Whatever else may be said about Quake II, one thing is certain: It is the only first-person shooter to render the original Quake entirely obsolete.

Whatever else may be said about Quake II, one thing is certain: It is the only first-person shooter to render the original Quake entirely obsolete. Within moments of starting the game, it is safe to say that all but the most irrationally loyal players will acknowledge that Quake II is better than the original in every respect, and that no one who can afford to upgrade will have any reason to ever load Quake again. Considering the countless hours invested by countless players in the game, that's a remarkable achievement.

It's also significant because since Quake shipped 18 months ago, we have seen a steady stream of challengers, games that have been trumpeted by press and players alike as the successors to the first-person throne. But none of these games has actually come through on that count - not Hexen II, not Jedi Knight, and certainly not any of the half-dozen "Quake Killers" that have yet to make it out of alphaland and onto store shelves. But Quake II does come through, delivering at least incremental and occasionally monumental improvements over its predecessor.

Many gamers describe playing Quake II in semireligious terms, and when immersed in the 3Dfx version of the game, it's easy to understand why. The visual effects are awesome, as in awe-inspiring. The masterful weaving of subtle graphic effects - colored hues that blend seamlessly into one another, intricate textures cast over complex and beautiful architectural features, and realistic transitions between light and shadow - creates a graphic environment that is without peer on the PC. Of course, Quake II supports many graphics modes and 3D cards (it utilizes OpenGL), and players will surely find a combination that works well on their system (even if it's a now-ancient Pentium 150). But none approaches the 3Dfx version, and it is the only way through which one can fully appreciate the technological achievement of the game.

There are gameplay achievements, as well. Most notable, of course, is the inclusion of a well-crafted, mission-driven single-player game. As players of its previous titles know, id has never been much for storylines, and while Quake II won't win any interactive fiction awards, it does make a credible effort to pull you into the game emotionally as well as viscerally. As you advance through Quake II's multisection levels, an increasingly ominous sense of purpose takes hold. And by the time the prison doors are opened and the factory is breached, it is difficult not to experience a certain tinge of horror, and perhaps even fear - both of which spur you on in a way altogether different from the deathmatch adrenaline rush that made the original Quake so famous.

Not to worry - the deathmatch rush is still there. And although the territory is now quite familiar to most players, Quake II offers a compelling multiplayer experience, due in large measure to a much-needed recasting of available weapons. No more does the player with the rocket launcher hold all the cards in deathmatch levels. Devastating alternatives now exist, especially in the form of a new electromagnetic rail gun and more versatile grenades, which may be picked up and thrown in addition to being used with a launcher. Realistic machine and chain guns also pack a powerful punch, with the latter capable of cutting an opponent to shreds within a second or two. The weapons have also been more acutely balanced, making more powerful weapons more difficult to use. For instance, the deadly rail gun takes nearly full second to power up and fire, and requires precise aim. The damage done by rockets has been lessened, and the rocket launcher takes a few moments to reload between shots.

The deathmatch experience also benefits from always interesting and occasionally ingenious level design. Not only are the levels tremendously varied in terms of architectural composition, style, and setting, they include boundless opportunities for ambush, sniping, and close-quarter encounters. The omission of a cooperative multiplayer mode is notable and puzzling (especially in light of the enhanced in-game communication capabilities). This issue will surely be addressed in the very near future, if not by id itself, then by any number of aspiring Quake II mod designers.

Other aspects of the game are more subtlety improved and fall short of being state-of-the-art. The sound effects, especially when set to the high-quality mode, are superb - so good, in fact, so as to render the rather monotonous musical soundtrack irrelevant (if not downright annoying) by comparison. But the sound effects of the original Quake were also first-class, and one might have hoped for the employment of more advanced technology, such as surround or even positional sound in the sequel. Enemy animations are much better (taking a clear cue from the N64 shooter Turok: Dinosaur Hunter), but in general the base character designs are somewhat nondescript and certainly not a match for those of rivals such as Hexen II. And while the enemy AI often delivers what id promised, and creates opponents that are more tenacious and more cunning than before, there is still something very mechanistic about their movements, almost like if one could look closely enough, the strings connecting them to some cosmic puppeteer might be seen glinting in the light.

But none of these are substantial criticisms. Given all of the strengths outlined above, one must conclude that Quake II is nothing less than a remarkable game, and we recommend it without hesitation. Compared with the original, everything in Quake II is better, nothing is worse. But still... there is a lingering sense - especially after spending dozens of hours with the game - that something is missing, that somehow things aren't quite right. What's missing, in fact what is altogether absent - the sense of true surprise, novelty, and even fun that once existed in the first-person shooter. Or to put it another way: Although it's never been done better, it's all been done before, and that casts a shadow on the experience that no amount of technology can hope to penetrate. 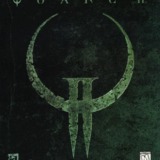 Whatever else may be said about Quake II, one thing is certain: It is the only first-person shooter to render the original Quake entirely obsolete.