There can be no victory without sacrifice.

Competitors strive to win. Criminals yearn for freedom. These pursuits go hand in hand in Pyre, the latest game from Bastion and Transistor developer Supergiant Games. And like those games, Pyre enchants your eyes and ears with beauty at every turn. But this time around, its greatest feat is the unrelenting pull of its characters, a mix of passionate beings that fight for salvation, revenge, and revolution.

That isn't to take away from Pyre's unlikely mix of fantasy RPG elements and--of all things--sport. You are one of many exiles unjustly trapped in the purgatory-like Downside for crimes against the Commonwealth, but exiles that manage to win enough competitions known as "rites"--3v3 matches that incorporate elements of football and basketball--have a chance at redemption. Your journey to build a team of champions takes you across the Downside and back in search of challengers and new skills, with each match bringing you closer to understanding your allies' and enemies' motivations.

Your basic objective during a rite is to maintain possession of an orb while sprinting, dodging, and leaping towards your opponent's goal on the opposite end of the court. Run it in, throw it in, or jump overhead into the goal to douse the opposing team's pyre and reduce its energy. If a team's pyre is depleted, they've lost the match. You only control one character at a time, and will frequently switch control among your triumvirate to jockey for position on the field, or to take advantage of the nine classes' unique offensive and defensive maneuvers. When Pyre hits its stride, rites become fast-paced mind games that call upon your ability to turn on a dime and come up with new strategies under tense circumstances.

One rule in particular pushes you to consider all of your options when it comes to scoring against the other team. Should you physically carry the orb into their goal, the character who scores will have to sit out until the next goal. This can be negated, however: you need only throw the orb into the goal instead. Shooting the orb rather than carrying it comes with its own risks, as the shooter must charge up an arc according to the distance to the goal. In process, that player is vulnerable to attack from the other team. The penalty for being attacked is a temporary banishment from the court for a few seconds, which can leave your own goal open to attack. Weighing the pros and cons of shooting versus rushing is one of many negotiations you must make, often with little more than a second to make up your mind.

Pyre is worth playing for its exciting matches alone, but what makes it worthy of renown is how it leverages the tension of competition to tell a captivating story. Like Roman gladiators, the characters you bring into battle are ultimately competing for freedom. Lose these pivotal liberation rites, however, and kiss that chance goodbye. With a fixed number of liberation rites throughout the story, you have limited chances to help your friends. And while it can be heartbreaking to watch your opponent ascend rather than one of your party members, there are bigger stakes at play that weigh heavier as time goes on.

Your team operates under the tutelage of a revolutionary figure with plans to overthrow the corrupt Commonwealth--it will only work if you effectively liberate enough characters in your party to fight the good fight at the end of campaign. It behooves the cause, then, to put your best characters forward, but sending off champions is bittersweet as you have to say goodbye and carry on with less experienced characters. And no matter what, when the final rite passes, those who remain must relinquish hope and live out their remaining days in the Downside. Having control over who stays and who leaves (and when) allows you to shape the relationships and interactions that define your journey, and your outlook on the conflict at large.

Were it not for Pyre's elegantly written characters, the consequences of your decisions wouldn't carry nearly as much weight as they do. Every exile you meet bears a unique backstory and personality, and the nine that join your cause stir up emotions both in you and among each other. Hedwyn's unrelenting optimism, for example, becomes all the more meaningful when you understand that it's a coping mechanism for constant heartbreak. Pamitha, a cold and fearsome Harpy, seems less imposing and more fragile by the time you realize that her family ties complicate her position on your team. You feel proud when a rite is won and you've guided a dear friend to freedom, but failure and guilt are only a few mistakes away--a very real threat in the latter half of the game.

But win or lose, your journey continues. There are no game over screens, only bad endings if you rack up enough losses. Regardless of the outcome of an individual rite, your exiles earn experience towards enlightenment and get to choose between a small selection of special abilities as they level up. You can also acquire talismans to benefit individual characters or the team at large. Beyond who you take into rites, and who you converse with during your limited downtime, character progression and customization is yet another way that Pyre allows you to personalize your journey.

Although Pyre is designed to be replayed and supports that quite well through the power of choice, you thankfully aren't required to restart the game in order to jump back into competition. A local versus mode gives you the chance to compete outside of the campaign, which is appreciated given that there are less than 30 matches throughout the story. With every character (including your various opponents) and item unlocked, versus mode also allows you to explore the full potential of the Pyre's roster in ways the campaign doesn't. The only catch to PvP is that rites are at their best when you're on even footing with your opponent, and it only takes a few matches with less experienced players to highlight the conspicuous absence of online play.

Pyre's competitive side is a wonderful surprise, both for how it introduces a brand new sport and for how it seamlessly connects to a narrative filled with heartfelt characters and tragic circumstances. But it's all held aloft by relentlessly beautiful artwork and a masterful soundtrack packed with a diverse selection of genres and instrumentation. Every inch of the lush Downside, and every second of your journey, is a delight for the senses.

And thus it's all too easy to fall in love with Pyre. It's immediately attractive. Its songs dance in your head long after they debut. And before you know it, you find yourself driven to get better at rites and perform at the top of your game. Likewise, you can't help but reflect on your partners in the Downside--those you trained, as well as those you neglected. Supergiant Games has created something special that lives on in your heart. And against great odds, it's invented a sport that could have stood on its own without the story it's attached to--but it's so much better because it is.

View Comments (63)
Back To Top
9
Superb
About GameSpot Reviews 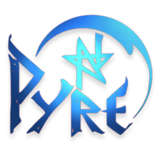 Peter finished Pyre on PC in 15 hours, and then started a new game on PS4 where he also spent a few hours in multiplayer matches. GameSpot was provided with complimentary copies of the game for each platform by Greg Kasavin, the designer and writer of Pyre and former editor in chief of GameSpot.