Wildly imaginative and brimming with style, Puppeteer is a fantastic platformer that's heaps of fun for kids and adults alike.

Puppeteer is one of those rare experiences that can lift the weight of the world from your shoulders, draw you into its world, and make you feel like a kid again--and if you're lucky enough to have kids, watch them be amazed. This is a game that fills every frame with something new, something beautiful, and something so wonderfully imaginative that you can practically hear your childhood self squealing with glee as you play.

At its heart, Puppeteer is a platformer. But it toys with genre conventions and styles in a way that makes it far more unique than the average side-scroller: think Mario meets Shadow of the Colossus by way of Monty Python, and you're on the right track. The story, for instance, is classic fairy-tale fare, full of witches and princesses, and evil villains for you to vanquish. But it's got a deliciously dark, Ghibli-esque twist to it, expertly sidestepping any slushy guff.

It tells the tale of Kutaro, a boy whose soul is whisked away to the dark side of the moon by the maleficent Moon Bear King and placed inside the body of a puppet to serve as a slave. Even worse for poor Kutaro, in a fit of rage, the Moon Bear King tears off his head and throws his headless body into the castle dungeon. What follows is a grand adventure that takes you to the darkest depths of the ocean, to snowman-filled mountaintops, and through the dusty plains of the Old West, to name but a few settings.

But it's the way that it's told and presented that really grabs you, mixing as it does the colourful world of Japanese puppet theatre, plays, and musicals to fantastic effect. Everything is viewed as if you were in a theatre, each level preceded by the opening of a red curtain and rapturous applause from the viewing audience. Sets are deftly dropped into place, spotlights shine down on the lead characters, and there are cheers, boos, and sympathetic cries from the audience as they react to a well-timed jump or a nasty fall, all of which is set to the sounds of a majestic musical score.

It's all so charming and so vividly realised that it creates a sense of atmosphere that's hard not to fall in love with. The characters, too, are just as loveable, thanks to some stellar writing and even better voice work, with actors who deliver their lines with a delightfully over-the-top gusto. Naturally, there's plenty of comedy to go along with it.

Puppeteer's charms are more than skin deep, and it's just as inventive with its sharp platforming as it is with its presentation.

Sometimes it's just simple slapstick as the White Witch slaps Kutaro around with a magical fork. Other times it's the narrator who brings the laughs as he goes off on a tangent about the perils of dating or suddenly breaks into melodramatic announcer mode. Journey into the ocean, and you find a familiar-looking sea king, along with some mermaid daughters who are all too happy to burst into a suitably cheesy Disney-style song, much to the dismay of the feisty pixie Picarina.

But Puppeteer's charms are more than skin deep, and it's just as inventive with its sharp platforming as it is with its presentation. Because Kutaro has lost his head, you need to find new ones pronto, each of which is imbued with a special, often completely bonkers, power. Grab the hamburger head, and you can turn a simple sandwich into a bouncy burger that lets you reach an impossibly high platform.

Put on the dinosaur head, and you can transform a single stegosaurus into a whole herd of the beasts, which creates a shortcut through the level as they trample over enemies. Better yet, slap on the spider head and watch as a giant arachnid whisks you off to a bonus stage where you bounce off abdomens to collect extra shards of gold.

You can hold only three heads at a time, though, so managing which ones to keep and which ones to discard is important, particularly if you don't want to miss out on the opportune moment to unleash their special powers. Helping you to hunt down more heads is a cheerful sidekick, initially in the form of the flying cat YinYang, whom you move independently of Kutaro using the right analogue stick to uncover secrets. You can also enlist the help of a second player, which is particularly valuable during fast-paced sections or for the less dextrous among you, although you'll both end up fighting over control of the lead character.

You can have as much fun hunting down heads as you can finishing a level, and since some bonus stages require heads from completely different areas, they do a great job of encouraging you to revisit older levels. Heads also act as life points for Kutaro, which can make it tricky to hang onto them for too long: get struck by an enemy or fall on a set of spikes, and your head flies off into the air, giving you just a few seconds to grab it before losing it for good.

Things get really interesting when Kutaro finds Calibrus, a magical pair of scissors that serve both as a means to kill enemies and as a mode of transportation. At first you're given simple tasks such as having to cut through a piece of cloth to access a new area, or slice across a web to free an object trapped within. Soon, though, you're using Calibrus to traverse huge chasms by chopping through floating streams of paper leaves, deftly guiding Kutaro along their squiggly path through the air to make it to safety. Miss a chop, and Kutaro falls back to earth with an almighty thud, to a round of unsympathetic boos from the audience.

Cut through stitches in the environment and you zip along at breakneck speeds across the likes of old highways, the back of a mighty dragon, or even the constellations of outer space. There are objects to avoid along the way too, requiring some deftly timed jumps. Other powers include a knight's shield that lets you deflect enemy attacks; a luchador mask that gives you the ability to stomp and to push and pull objects, which is used to great effect in the Wild West levels as you move whole buildings to solve simple puzzles; a hook discovered on board a pirate boat that lets you undo screws and pull bolts from objects like cannons to fire them; and a ninja mask that lets you throw bombs at hapless enemies and blow up bits of scenery to uncover new areas.

Taken separately, these abilities are already a lot of fun, but combined, they're absolutely wonderful. You might have to pull the hook on a cannon to release a puff of paper smoke, which you climb using Calibrus in order to drop a bomb into the open mouth of an unsuspecting enemy. Or you might have to zip along a seam, cut along some fluffy clouds, and then perform a dizzying dive back to earth using a superpowered stomp attack to unlock a new area. It's all brilliantly put together, with the excellent level design ensuring that you're always using your abilities to their fullest, and constantly kept on your toes.

That excellence continues into the boss battles against the Moon Bear King's deputy generals, which are some of the most enjoyable to be found in a platformer. No two bosses are the same, and while there's a certain amount of pattern learning to be done, battles are far more involved than the standard three-stomps-to-victory routine. They're also far bigger than you might be used to in platformers, with a grand sense of scale more akin to God of War than Mario.

Take the battle against General Snake, for instance. His gargantuan size means you have to traverse along his wiggly back and skim through his stomach acid on the back of a rat before chopping him apart at the seams and indulging in a ludicrously over-the-top quick-time event across the desert sands that would be worthy of any great action game. Later battles see you using the knight's shield to deflect enemy attacks, cutting through vast swaths of cloth and unleashing your luchador stomp, and using your hook to grab incoming rockets from a pair of scurvy pirates and launch them straight back. There's even an appearance from a certain giant crustacean later on that makes for a very humorous battle.

Puppeteer is a little quirky, perhaps even a little insane in places, but unashamedly so. And you know what? It works brilliantly.

And if that all sounds a little out there to you, then yes, Puppeteer is a little quirky, perhaps even a little insane in places, but unashamedly so. And you know what? It works brilliantly. There's just so much to see and do, and so much joy to be had doing it. You can see the love that has gone into making this game in the gorgeous artwork, admire the attention to detail that ensures every level offers up something new for you to explore, and marvel at the imagination that has gone into crafting such a loveable set of characters and such a delightful story. Start to finish, this is a dazzling game.

View Comments (353)
Back To Top
9
Superb
About GameSpot Reviews 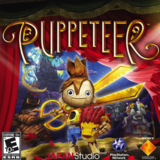 Mark managed to get all 121 stars in Mario Galaxy and all 242 in Mario Galaxy 2, which he commemorates with framed laminated screenshots on his desk. Suffice to say, he's quite the platformer fan. 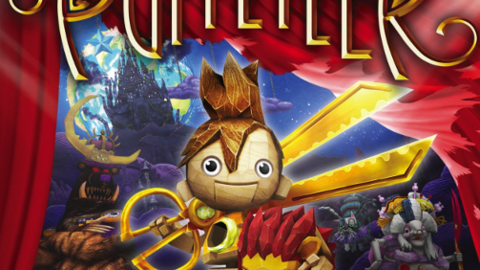 Puppeteer introduces players to a strange and fantastic world, where the environment is constantly changing.