Despite its problems, Pro Race Driver usually does a fine job of integrating storytelling and dramatic, varied racing, rightfully putting the spotlight on both men and machines.

Most racing games put the emphasis solely on the cars and tracks. But racing fans know that it's also the men behind the machines that make the sport so intriguing. After all, racing isn't just about horsepower, it's also about heroes--larger-than-life figures like Michael Schumacher and Dale Earnhardt, not to mention the unsung experts behind the scenes who build and keep the cars running. With Pro Race Driver, Codemasters has created a racing game that puts drivers in the spotlight without sacrificing entertaining ontrack action.

As a PlayStation 2 survey racing game with a large number of real-world cars and tracks from a number of different racing series, Pro Race Driver will inevitably draw comparisons to the incredible Gran Turismo 3. Both games fall into the same category inasmuch as they're ambitious and they feature racing that falls somewhere between arcade action and hard-core simulation. But there are several things that set these games apart. Gran Turismo 3 centers on enormously addictive car collecting and upgrading, offers more options for tweaking car setups, has a more convincing physics model, and features a much more attractive presentation. Still, Pro Race Driver can hold its own in many ways, not the least of which is its incorporation of a compelling story.

Most racing games offer little to nothing in the way of story or characters. Not so with Pro Race Driver, which features a career mode that focuses on a single fictional driver, Ryan McKane. Pro Race Driver uses the cinematic touches found in other game genres to let you watch and take part in McKane's life in racing. The game opens with a flashback sequence that shows McKane's father--a legendary driver--barely winning a race, only to have his car intentionally clipped by a young upstart driver right after crossing the finish line. Young Ryan and his brother look on in horror as their father dies in a fiery wreck.

In Pro Race Driver's career mode, you get to lead Ryan McKane in the footsteps of his father and his brother, who's also grown up to be a pro race driver. Through occasional cutscenes, you'll see Ryan join his first team with some help from his brother and then try to live up to the family name. Some of the cutscenes also tie directly into the races instead of just serving as a general framework for the action. If you viciously slam into an opponent during a race, you'll get to watch a nasty exchange of words between the two drivers when the race is finished.

While all this could easily have ended up being nothing more than a gimmick, it generally works pretty well. The cutscenes feature visuals that are merely average, but they're usually well written and directed, which makes all the difference. Pro Race Driver does a great job of establishing McKane's character early on, showing you a man brimming with the surly arrogance of youth. Other characters, like his seasoned crew chief and brash manager, also seem unusually realistic for game characters, thanks to their smart and well-delivered dialogue.

The continuing story of McKane's career helps set Pro Race Driver apart, but the story alone is hardly worth buying the game for. You obviously want to have solid racing action, too. Fortunately, Pro Race Driver generally delivers on that front. You'll get to drive 42 different real-world cars (after unlocking them all), including the Chevrolet Monte Carlo, the MG Lola Le Mans, the Audi TT-R, the Lotus Elise, and the Dodge Viper GTS-R. You'll also get to race on 38 real-world circuits, like Sears Point, Bristol, Monza, and Silverstone. This means you'll get to try your hand on tiny NASCAR ovals, dense and twisty road courses, and everything in between, including multiple configurations of the same venue, like at England's exciting Brands Hatch.

In addition to the career mode, which takes you through tiers of varied racing series, you can also challenge up to three friends in split-screen multiplayer, test yourself in time trials, and enter free races. While some of the free race tracks are initially locked, a surprisingly large number of them are open for playing right from the start, which is a very welcome change from the way most games handle such "extras." Unlike in the career mode, there's a difficulty slider in the free race mode, as well as options to set the number of laps from one to 60, select the weather, and more.

Whether playing in the career or free race mode, you'll typically face seven AI competitors. They put up a tough fight but sometimes behave erratically or suspiciously. If you get in their way, they'll sometimes unrealistically plow right into you in a mad effort to stick to their racing line. They'll also frequently catch up to you a little too quickly, as if they had some secret James Bond rocket boosters attached to the backs of their cars. In fact, the game sometimes gets so overzealous that it plays a sound effect of a car passing you when the car is only just behind or next to you.

Pro Race Driver's physics model is equally inconsistent. Overall, the game blends arcade action and realism fairly well. This means you'll get to enjoy a thrilling sensation of speed, and it can be a lot of fun to go roaring over a blind rise or brake at the last moment to overtake another car as you come barreling into a turn. On the other hand, the cars' handling tends to be pretty forgiving. You can slide and spin, for example, but usually not too easily. You'll really notice it when you're driving in the rain--rather than forcing you to drive more gingerly to account for the conditions, the game allows you to race just like you would on dry tracks.

In keeping with the reduced realism, you won't get to race qualifying laps to determine your starting position, which is frustrating, as it's an essential part of racing. You also might need to make mandatory pit stops for no apparent reason, and you won't encounter yellow or black flags in races.

While you won't get black flagged for intentionally running an opponent off the track, your car will suffer the consequences. Not only will you see the damage to your vehicle in the form of flying glass or mangled bumpers left on the road, but you'll also feel its effects on the car's performance if you bash it particularly hard and frequently enough. Eventually, you might end up limping across the finish line, though you have to be especially hard on your car to reach that point.

Unfortunately, the cars are going to look a bit ugly even if they don't sustain any damage. You can sum up Pro Race Driver's graphics in one word: jaggy. On its own, the game looks reasonably decent, but when compared with the smooth and at times almost photo-realistic visuals of Gran Turismo 3, Pro Race Driver's graphics come up short. With jaggies, pop-up, draw-in, and shimmering textures marring most scenes to one degree or another, it's hard to appreciate some of the nicer visual details of the game, like the layered clouds, animated car interiors, or the equipment in McKane's office. For that matter, it's also frustrating that a lot of the game's text is too small to read on a standard-resolution TV.

The audio generally fares better than the visuals. Whining engines, screeching brakes, and twisting metal from accidents all sound convincing enough. Many of the voice-overs in the game are superb, which really helps bring the characters to life. The game's soundtrack is an improbable mixture of Iggy & The Stooges, Thin Lizzy, Al Green, and Lynyrd Skynyrd, among others.

If you want to enjoy Pro Race Driver, you'll need to look past its little quirks and actual weaknesses like long load times or default car setups that often result in horrible understeer. Despite its problems, Pro Race Driver usually does a fine job of integrating storytelling and dramatic, varied racing, rightfully putting the spotlight on both men and machines. 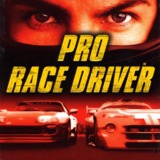 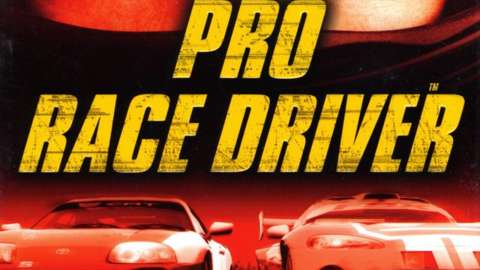 Despite its problems, Pro Race Driver usually does a fine job of integrating storytelling and dramatic, varied racing, rightfully putting the spotlight on both men and machines.