Soccer is upon us. Pro Evolution Soccer 2017 has arrived, with FIFA trailing close behind. And, perhaps most visibly of all, the clattering circus of the soccer season itself--which both FIFA and PES must increasingly reflect and celebrate in order to stay relevant--has emerged from summer hibernation. And in terms of representing the global event, Konami’s PES 2017 is a genuine step forward for a series. Yes, there are signs here that PES’ rivalry with FIFA has led to an unnecessary overextension in features and modes, but the core of PES 2017--the soccer it plays--is competitive again.

The improvements this year are a mixture of the specific and the general. Goalkeepers are a good example of the former--they’ve been heavily (and necessarily) reworked, offering not just a more realistic defense against corners and saveable shots, but also a dynamic set of animations that help give PES the kind of authenticity the series often lacked. Low one-handed dives, instinctive blocks with a single leg, and more authoritative claims under high-balls all help give this year’s keepers a reassuring sense of life and ability.

There are also big improvements to ball control, turning, and the time it takes for players to recover after physical contact and changes of direction. These add up to a sharper, more agile game and collectively contribute to the feeling that PES 2017 has improved all over. Take first touches, the response time once you’ve pressed shoot or pass, and the sense of weight and momentum carried through turns when dribbling--in previous years, these joints and hinges of play were where PES creaked the loudest. This year, their improvement makes building up an attack or just knocking the ball around a pleasure again, even (crucially) away from the top-tier teams.

More specifically, this year the skill dribbling ability comes into its own. PES has a pretty deep set of skills buried in its control system, but it’s intricate to the point that learning more than a one or two showpieces is beyond most players. In PES 2017, the tight-control dribbling offers a rough equivalent to FIFA’s right-stick skill system--an accessible way to wrong-foot defenders, open up space, and create unexpected angles. Like FIFA’s system, the exact moves your player will pull off depend on their skill level, so it’s less impactful with John Stones or even Eric Dier than Raheem Sterling or Erik Lamela. Still, it’s a useful touch to slow down play and wait for options, no matter which players are on the pitch.

One more particularly prominent element of PES’ improvements this year is the fluidity of attacking play. Through balls and crosses have a high success rate and always feel dangerous. True, through balls aren’t so handy for build-up play--short ones played as part of midfield triangles are often frustratingly underpowered, which can often pull you into messy scraps--but in the final third, they feel reliably deadly. Crosses, too, just feel more user-friendly. Dramatic, aesthetically pleasing arcs can be produced on the run, from deep outside the box, or under pressure from opposing players, making flowing, edge-of-the-seat football not just possible but common, and on all levels of the game.

If playing with the ball has taken a big stride forward, defending this year is more of a qualified success. One-on-one defending out-wide is fine. It’s a mixture of positional play and timing, and slide tackling feels pleasingly potent. But in congested mid-fields and as the ball moves toward the box, defending can become clumsy and haphazard. AI-controlled teammates sometimes double up on the opposing player with the ball, ignore simple interceptions during scrambles for possession, or simply get in each other’s way. Often, a well-timed slide-tackle results in player control being switched to a nearby teammate while the tackler gets up from the pitch, even though he’s still the favorite to reach the ball first. If the joy and intensity of attacking in this year’s game is excellent, the defending struggles to keep up.

But away from its core gameplay, PES 2017 struggles. There was a time, on PS2 and beyond, when Pro Evo played such a good game of soccer that its lack of licensed teams and kits wasn’t an issue (this year PES has assembled a patchwork of licenses from individual teams - Barcelona, Liverpool and Dortmund being the only European sides officially featured). In recent years, FIFA has not only had a monopoly on authenticity but also offered the best gameplay, too. Even with PES’ recent strides, there’s no daylight between the two games, and the value of real names, grounds, and the rest is higher than ever. This is a thing peculiar to our age--a time of intense media management, brand partnerships, saturated coverage, and constant streams of social media interaction. Soccer is everywhere, all the time, and a sniff of the inauthentic means death in this slick transaction between sport and customer. PES, in other words, is Gobots. FIFA is Transformers.

Yes, it’s possible to download and tinker with option files to improve the in-game presentation. And, yes, Master League--still the game’s best mode, classic offline dream-team assembly--is like a refuge from the branded assault of modern soccer, an escape into an unlicensed parallel world. But PES 2017’s focus isn’t on Master League. It’s on myClub, the squad builder that is, in base terms, like Master League with microtransactions.

FIFA's Ultimate Team has become an enormously popular and lucrative juggernaut. It powers season-long attachment to the game, forms the basis of constant YouTube coverage, and ties the real-life sport into FIFA’s virtual soccer. Konami clearly feels that PES has to be active in this space, whether for the microtransaction income, or because it’s seen as an entry-level feature, but PES’ licensing shortfalls make myClub a difficult sell. Even with improvements on last year’s presentation--including a concise introductory tutorial and clearly laid-out panel menus--there’s a hollowness to the mode that leaves it feeling like a off-brand alternative.

Not helping in this regard is PES’ continued inconsistency online. The ultimate goal of myClub is to take your gleaming team of stars and pit them against online opposition, either in one-off games or the mini-league Divisions mode (also borrowed more or less directly from FIFA). But online play suffers from serious connectivity issues. Wait times for opponents are lengthy, and most games I played suffered from a latency that left a full half-second between me pressing a button and my player releasing a pass or a shot--essentially unplayable in a game built on anticipation and timing. I had a good connection roughly the same number of times I was disconnected entirely; heavy lag was the standard.

All of which leaves PES 2017 feeling like a superbly talented team of footballers playing on a terrible, uneven pitch. If your football game of choice complements your love of the real-life sport, or you’re interested in testing yourself against online all-comers, consider yourself warned. If you’re unlikely to play online and don’t mind tinkering for an hour or so to get your leagues looking unofficially official, PES is once more a serious contender.

View Comments (171)
Back To Top
8
Great
About GameSpot Reviews 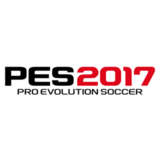 Nathan played PES 17 offline and online on PlayStation 4. He built a myClub team around James Rodriguez, and still hasn’t really found his best position. GameSpot was provided with a complimentary copy of PES 17 for the purpose of this review.