The prince's high-flying adventure is marred by camera issues and weak combat, but the excellent platforming is still loads of fun.

The 2008 release of Prince of Persia took the franchise in an invigorating new direction, employing open-world design and a painterly artistic style to great effect. It breathed life into a series that had been treading water for years, but you won't see any of those new elements in The Forgotten Sands. This is a throwback to the superb Sands of Time, focusing on elaborate level design and the sort of acrobatic wonder that would make even the most agile monkey jealous. Unfortunately, the leap back in time is not entirely smooth. The early portions have a paint-by-numbers feel, offering no surprises for those familiar with the franchise, and the combat is shallow and lacks the flair the prince so often exhibits. But those missteps fade away once the prince gets into a groove. The intricately designed levels are full of surprising twists and the deft maneuvering required to pass the more challenging sections makes completing a particularly tricky room rewarding. A few problems keep The Forgotten Sands from reaching the level of its timeless predecessor, but playing through this gravity-defying adventure is still time well spent.

The story in The Forgotten Sands focuses on the sibling rivalry between the prince and his brother. At one point in their lives, they got along perfectly fine, but relationships tend to crumble when demonic possession rears its head. Although the story is ho-hum cliche, there is a certain charm in the manner it's told. The prince narrates the events during the action, and his personality interjects some lighthearted fun into the proceedings. Thankfully, this is not the dour prince who appeared in the previous game in the franchise, but rather the good-natured fellow from The Sands of Time, and his quips add to the experience. Unfortunately, the prince's personality is not the only thing borrowed from The Sands of Time. The opening level, in which you try to break into a castle under attack, borrows heavily from the opening sequence of its predecessor, and it seems as if the predictable level design is a portent of things to come. The Forgotten Sands does break free from its inspiration after a few hours, but that doesn't excuse the forgettable introduction.

The removal of the open-world design means that The Forgotten Sands is entirely linear, but this turns out to be one of the game's strengths. Each of the stages builds on what came before it, continually blending new techniques with your core abilities to create something special. Like in previous games, the prince starts out with the power to run along walls, leap between posts, and slide down dangling banners. But there is so much more to making your way from one point to the other than that modest list indicates. Your original moves are tweaked throughout the game, twisting the basic concepts to produce something unique. You may get in the habit of running along a wall and jumping off with casual ease, but when a quickly closing door forces you to speed things up, you need to approach this basic maneuver from a different angle. This reinvention of established themes keeps the platforming sections consistently thrilling.

However, the thing that really pushes these levels to new heights is the moves you unlock during the course of the game. The first and most widely used is the ability to freeze water. Waterfalls and leaking spigots can be frozen with the push of a button, creating walls and pillars of ice for you to climb upon. Initially, these water-based puzzles provide only an aesthetic twist to the standard platforming, but once you understand the basics, things become a lot more interesting. You often need to freeze and unfreeze water in midair, making it possible to leap between geysers that are not synced or crash through a wall of water that was frozen solid just a moment earlier. You unlock new abilities as you go through the adventure, and these are all mixed seamlessly together to keep you continually on your toes. And because many of the puzzles require you to adapt on the fly to new obstacles with pinpoint precision, it's an empowering feeling to make it past a particularly difficult stretch.

Aside from the impressive acrobatic abilities you must exercise, there are a fair number of puzzles as well. These are generally of the turn-the-crank variety, and though they do put a kink in the swift pace, it's still satisfying to solve their ancient mysteries. Problem solving crops up during the platforming portions too, and though it's always fun to figure out exactly what needs to be done to reach the other side, the limited camera is sometimes the biggest obstacle you have to overcome. The view is frequently zoomed in too far and strips away full control, making it impossible to tilt the angle to get the best view possible. This is especially troubling during portions of the game in which perspective is paramount, making it difficult to tell in which direction a waterfall is draining or from which wall you need to leap to grab onto a pole. There are only a few times during the game when the camera is a serious problem, but those sections chip away at the goodwill fostered by the excellent level design.

Outside of platforming, there are brief combat sequences, though these are sadly the weakest portions of the game. The prince has never been a particularly accomplished fighter, but the combat has always had enough style to overcome its shallow nature. However, in The Forgotten Sands, the smooth camera angles and nimble counter system from previous games are nowhere to be found, resulting in duels that require little more than mindless button tapping. You unlock new moves through an experience system, and it is fun to tweak your abilities to your fighting style. However, instead of giving the combat more depth, the added moves just make it even easier to dispatch of your undead foes. Once you unlock an ice attack toward the beginning of the game, even the most fearsome warriors quickly fall to your blade. In addition to being way too easy, the combat also suffers from technical problems. The choppy animation of the prince makes it difficult to string moves together and the inconsistent hit detection makes it a chore to line up a killing blow. Mercifully, there isn't a lot of fighting during the adventure, but what is there only serves as a detour from the otherwise fun experience.

There are challenge rooms to complete after you finish off the final boss, but because these focus on the forgettable combat rather than the exhilarating platforming, they add little to the overall experience. But where the combat falters in The Forgotten Sands, the platforming rises in its place, delivering the exquisite level design and breathtaking acrobatics for which the series is known. The prince's new abilities add unexpected wrinkles to the standard jumping and running, continually tossing in new ideas to keep you transfixed until the thrilling final sequence. Despite its slow start and shallow combat, this is another fun entry in the long-running franchise. Series veterans will once again marvel at the prince's uncanny ability to reach higher ground while newcomers will wonder why they took so long to tag along for the ride. The problems keep this from joining the ranks of the best games in the franchise, but this is still a good effort that surprises and entertains. 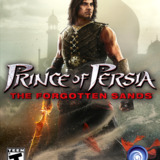 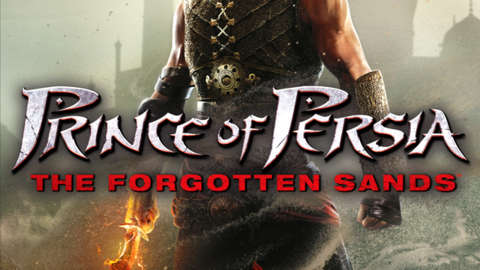 Prince of Persia: The Forgotten Sands

The newest Prince of Persia game returns to the Sands of Time timeline, and will be released in conjunction with the live-action film next year.

7.7
Sign In to rate Prince of Persia: The Forgotten Sands