Portal: Still Alive adds some sugar to the hugely successful recipe, but it's not enough to entice veterans back for a second serving.

When Portal was originally released as part of The Orange Box in October of last year, its uniquely puzzling gameplay and dark, sharp-witted humor thrilled consumers and critics alike. Set in a mysterious scientific facility, Portal introduced players to new ways of moving through the gameworld that challenged their perspective and flexed their spatial awareness. The pitch-perfect voice-over soon became the stuff of Internet legend, and the song that played during the end credits was so popular that it has since been released as a downloadable track for Rock Band. Now this brilliant, albeit brief, classic has arrived as a stand-alone Xbox Live Arcade game, and the question is, "Is it worth it?" The answer: It depends.

If you already own or have already played through Portal, then Still Alive is a tough sell. The 14 new levels will take only a couple of hours to play through, and you can replay them to earn new achievements, challenge medals, and a respectable place on the leaderboards. Executing speed runs, plotting the path of least portals, and being frugal with your footsteps are all distinct, mind-bending challenges. However, if you can't see yourself spending hours trying to master these very specific challenges, then Still Alive isn't worth the $15 price tag.

If you've never played Portal, then the question is not whether you should buy it (you should), it's which version you should buy. Still Alive features all of the original Portal content, including the short, spectacular campaign, developer commentary for each level, and advanced versions of many of the levels. There are also 14 new stand-alone levels, achievements, and online leaderboards. For $15, this is one of the biggest, best, and most expensive games that Xbox Live Arcade has to offer. Fortunately, there are other options to consider. Chief among these is The Orange Box, a stellar compilation that includes Half-Life 2 and its two episodic sequels, as well as Team Fortress 2. If you have any interest in owning those excellent games, The Orange Box currently retails for the astonishingly low price of $30; if you're not into them, and happen to own a PC, you can buy Portal for $10 at retail and download a whole passel of new maps for free. Given these superior options, the only people who should be enticed by Still Alive are those who are without a decent PC and averse to owning The Orange Box.

So what is Portal: Still Alive all about? At the outset of the campaign, you wake up in a sleeping pod. Rising to the tinny sound of Muzak playing on a radio, you look around your glass-walled cell and notice that there is no door. A sedate, quasi-robotic voice welcomes you to your "relaxation vault," mentions something about "enrichment center activities," and alerts you that a portal will be opening shortly. A moment later, a tall, orange-rimmed oval appears on the wall next you. Looking through the glass to the hallway outside your cell, you notice a similar, blue-rimmed oval. Inside the blue oval stands a woman in an orange jumpsuit who appears to be mimicking your every move. Then you realize that the woman is you, and that you are looking at yourself in profile. Stepping through the oval, you find yourself in the hallway outside of the relaxation vault, looking in at where you stood just a moment ago. You've just had your first taste of portals, and it's only going to get weirder from here on out.

The first few levels of Portal introduce you to fairly simple applications of portal technology, eventually putting the portal gun in your hands and enabling you to create portals anywhere you like. Well, not quite anywhere. Certain surfaces are not portal-able, and this is one way that subsequent levels, known as test chambers, become more difficult. Other elements, such as energy balls, weighted cubes, floor switches, and moving platforms, are incorporated into the test chambers in increasingly exacting ways, but the real complexity and the real genius of Portal lie in the challenge of "thinking in portals."

Sure, you know that if you place portals here and there, you will enter here and exit there, but what if here is the floor 20 feet below you and there is a spot high up on the wall? You'll retain your momentum while going through the portal, so entering the floor portal at speed will rocket you out of the wall portal perpendicular to the floor. This has a profound impact on your strategy, but not all portal-thinking is strategic. If you place one portal at your feet and the other on the ceiling overheard, will you fall forever? Or if you put two portals on the floor side by side, could you create a reasonable facsimile of whack-a-mole? The magic of Portal is that it truly does inspire this unique flavor of spatial imagination, and once you get a taste, you'll be delighted to find yourself thinking in portals even when you're not in front of your TV.

If portal technology is the meat of the game, then GLaDOS is the perfectly paired wine. The omnipresent voice that guides you through the test chambers, GLaDOS initially reveals a dry, almost unintentional sense of humor in the first few test chambers. As you progress, her humor begins to show signs of self-awareness, eventually blossoming into something too hilarious and too well-deployed to spoil here. Suffice it to say, it is one of the chief pleasures of Portal and features some of the best writing in video game history.

For all its heady delights, Portal: Still Alive is short-lived and can be reasonably completed in as little as five hours. There are advanced versions of many of the test chambers that have been tweaked to present a tougher challenge. The 14 new levels are similarly tough, and introduce a few new elements, such as electrified floors and crushing ceilings. Both the new and advanced levels can be played in challenge mode, in which you can earn medals for completing chambers in the shortest time and in the least amount of steps or portals. Although these levels may extend your gameplay for a few hours, they aren't enough to justify the purchase price for Portal veterans.

Short as it may be, the original Portal was a fantastic game that should be played by anyone interested in unique, well-crafted gameplay and a witty, whip-smart script. The Xbox Live Arcade release doesn't add enough new content to entice people who already own or have played the game, but newcomers should be eager to download this for less than the cost of a night out at the movies. Portal may not last much longer than some feature films, but pound for pound it remains one of the best games in recent memory. 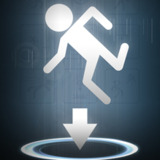 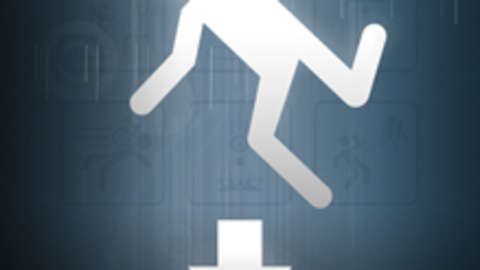 Portal makes its way to Xbox Live Arcade and features the full Portal single-player game plus a new challenge mode.