What it lacks in originality, Pokemon Black more than makes up for with a vast world to explore and an absorbing battle system that's heaps of fun.

From the moment you befriend your first Pokemon at the start of Pokemon Black, everything is reassuringly familiar: the scientist who sends you out on your adventure, your first encounter with bumbling bad guys Team Plasma, and the stories of a legendary Pokemon that will either save or destroy the world. Some tweaks have been made to the visuals and online functions, and a couple of new battle types have been introduced, but these changes are so small as to be insignificant compared to what Pokemon Black borrows from previous games in the series. Original it isn't; yet despite the formulaic nature of your journey and a disappointing storyline, the engrossing battle system makes fighting and catching one of the many new Pokemon as addictive an experience as ever, and it's lots of fun too. There's plenty of time to catch 'em all as well, with a vast world to explore and tons of side quests and postgame content that's a pleasure to play through.

Not messing with tradition, Pokemon Black begins with you being summoned to the lab of a local Pokemon professor, who this time is named Juniper. She asks you and your two friends--Cheran and Bianca--to help with her research by becoming Pokemon trainers and cataloguing the many species of Pokemon for listing in the Pokedex. She also gives you one of three Pokemon to take on your journey: Snivy the grass snake, Tepig the fire pig, or Oshawott the sea otter. Pokemon in hand, you're free to explore the Unova region, interacting with the eccentric inhabitants of its towns and cities, as well as members of Team Plasma, whose cartoonish villainy forms the basis of the story. Deviating from the cozy stories of previous installments, the narrative takes a slightly darker turn, touching on the morality of keeping Pokemon. Should they be incarcerated in Pokeballs? Is it right to battle them? Should they be freed? Sadly, these elements aren't deeply explored, with many of the questions simply glossed over--a missed opportunity to give the game a more mature edge.

The disappointing story doesn't detract from the main crux of the game, though: Pokemon battles. As you explore Unova, you encounter rival trainers and wild Pokemon who challenge you to turn-based battles. Choosing the right Pokemon for the job is key because each has an elemental type, which can be weaker or stronger against other types. Each can execute one of four moves at a time, which can be swapped out as new ones are learned. This rock-paper-scissors-like battle system adds a layer of strategy that's very satisfying when you choose just the right Pokemon to counter your opponent's moves, and it encourages you to explore the region and capture new Pokemon types for future battles. It's incredibly easy to get sucked into roaming around, doing nothing but capturing the little blighters, which is a testament to how well the battle system is designed. Though you can capture as many Pokemon as you like to expand your Pokedex, you can only carry up to six of them at a time, making team selection an important process. As in many role-playing games, you have to spend time leveling up your team by gaining experience points during battles, though there isn't an excessive amount of grinding required to progress through the main story.

The strongest opponents you face are gym leaders, of which there are eight to defeat. Before you can battle them, you must solve simple puzzles in each of their gyms, such as figuring out riddles, moving blocks to access hidden areas, or pushing switches in the correct order to open doors. Defeating gym leaders earns you badges, which make it easier to control higher-level Pokemon that you've gained via trades and allow you to challenge elite trainers later in the game. Certain leaders also introduce you to one of two new battle modes: Three-versus-Three and Rotational. Three-versus-Three mode is as it sounds, pitting three of your Pokemon against three of your opponent's Pokemon. Rotational is similar, but your three Pokemon sit in a circular pattern, with one of them taking the lead at the front. You can rotate the circle during a turn to choose which one you want to use or which should absorb your opponent's attack. These battles provide an interesting change from the usual one-on-one fare, so it's a shame that you encounter very few of them during your travels.

Both the standard and new battle modes have received a visual makeover. The largely static Pokemon animations have been improved, so your Pokemon now sport a lively jiggle when waiting in battle. The visual improvements extend to the world at large as well, with charming 2D sprites blending effortlessly with 3D buildings and objects. Even the camera angles are more adventurous; at times, the camera will sweep across the environment to show off tall buildings or vast bridges that connect towns rather than display things from a fixed viewpoint. Sadly, the audio hasn't received the same treatment. While the chirpy music is well composed and sounds great, the sound effects during battles are as lackluster as ever, featuring uninspiring blips and screeches that lack the oomph to make a battle come to life.

Several new modes have been added to the online functions, now called C-Gear communications. The C-Gear is displayed on the bottom screen at all times when not in a battle, allowing for quick access. You can connect to other players via infrared or a Wi-Fi Connection to the Internet, allowing you to battle, trade, and use a new feature called Feeling Check. Battling and trading your Pokemon with others is great fun, and unless you buy both the Black and White versions of the game, it's the only way to collect all of the different types. Unfortunately, you still have to deal with the dreaded friend codes to battle people you know, but thankfully, random battles and local battles are code free. If you prefer something more sedate, you can play the Feeling Check minigame while linked with another player locally, which tests the compatibility of your Pokemon with others via a rhythm game where you try to tap in time to onscreen markers. It's not the most exciting of experiences, consisting of nothing more than a few blinking lights and some beeps, but you're rewarded with bonus items to use in the single-player if you're in sync with your friend.

Another online feature is Pass By, which keeps the DS's wireless connection on to exchange information with passing Pokemon players, even when your DS is closed. Statistics, such as which starter Pokemon they chose and how far they've progressed through the game, are logged, which is neat if you want to see how other people are training their Pokemon. Even if you never touch the online features, there's still a ton of content to enjoy once the main storyline is complete--legendary Pokemon to catch, side quests, and three new towns. Thanks to a new seasonality system that freezes parts of the world in winter, previously inaccessible areas are opened up, allowing for more exploration and additional quests to discover.

The small tweaks in Pokemon Black, such as the improved visuals, new battle modes, and enhanced online features, go some way toward making it feel like a new experience, but it's difficult to shake the feeling that this is the same game that's been released countless times before. And yet, underneath the formulaic narrative lies a deep and engaging RPG. The quality of the battle system and that undying urge to catch 'em all means you're still sucked into its world, eager to explore its extremities just to get that one Pokemon no one else has captured yet. If you've never seen the appeal of the series, then the lack of innovation in Pokemon Black will do little to change your mind. Fans, however, should snap it up straight away. 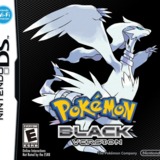 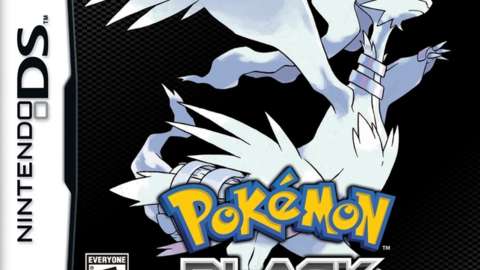