In its recent past, the Ace Attorney series has moved away from using mysticism and more fantastical elements in its plot. That all changes with Spirit of Justice, in which you'll find yourself questioning just how grounded the roots of series' legend and myth are. Sporting a cast of familiar faces and a handful of compelling new ones, Spirit of Justice may be the most involved Phoenix Wright title in recent years, with complex murder trials that culminate in you feeling both smart and relieved. It's refreshing to see the series go full-supernatural this time around and step up its difficulty, a criticism of the last game. There are a few moments where the tension and drama lag thanks to some vapid court antics, but this is small potatoes compared to the beautifully crafted web of intrigue blanketing the rest of the experience.

Spirit of Justice opens with Phoenix on vacation in Khura'in, an eccentric country without separation of church and state. Here, guilty verdicts are determined by conjuring the final memories of murder victims, and there are no defense attorneys to speak of thanks to a law tying lawyers' fates to their clients. After agreeing to defend his tour guide against a murder charge and a run in with Rayfa, the hot-headed princess of Khura'in, Phoenix and the rest of the Wright Anything Agency are swept up in the tide of revolution threatening to overtake the country. A colorful cast of familiar faces from previous games and oddball newcomers round out the adventure, which takes Phoenix and company across the world and back on a quest to debunk (or prove) myths and stem the tide of war.

You spend your time in Spirit of Justice doing one of two things: investigating crime scenes or mentally sparring in court. Investigation portions take cues from point and click adventures; using the 3DS touchscreen and stylus, you point to objects in the environment for a closer examination. Sometimes you'll get the chance to observe objects more closely by using the touchscreen to rotate and zoom in on finer details. In this way you'll find hidden clues and fingerprints, small things with big potential for finding the true culprit. Oftentimes characters connected to the events will appear, and you'll get the opportunity to interview them to unearth more details of the crime.

Sifting through a crime scene doesn't just yield facts about a case, however. In this situations, you'll often spark some entertaining banter between characters. Junior lawyer Apollo will squabble with fellow attorney Athena over his fear of heights, Phoenix's adopted daughter Trucy will flirt with Apollo, and Rafya will verbally rip Phoenix a new one before making jokes about his potential execution with a smile on her face. These investigation scenes also offer opportunities to get to know Khura'in, a territory new to the series, and all its myriad idiosyncrasies. Khura'in itself, with its deep ties to spirituality and obsession with prayer and soul-cleansing, can be considered a character here, and it's colorful customs makes it an intriguing, attention-grabbing locale to spend time in.

But it's in courtrooms that Spirit of Justice really shines. While investigation segments follow a checklist of tasks you must complete before court, once the trial begins that predictability flies out the window. Like all Ace Attorney games, trials follow a pattern: introduce a witness, hear their testimony, cross-examine them to pry out more information, and find inconsistencies between their words and the evidence at hand. While some witnesses' lies are easy to counter, others run deeper, and the murders committed in Spirit of Justice carry a surprising amount of complexity and take significant brain power to unravel. There were times when I felt genuinely stuck, unsure of what detail I was missing--there's enough to unpack in each case that simply presenting random evidence through trial and error won't get you anywhere. When I finally discovered the truths behind who committed the act and why, I felt smart. These puzzles are clever without requiring the player to follow along with any bizarre logical leaps, making Spirit of Justice's cases a welcome challenge.

The added wrinkle in Spirit of Justice's courtroom is also a welcome change-up from the series' typical dynamic. In trials in Khura'in we have the Divination Seance, in which Rayfa conjures a victim's memories and displays them in a pool in the center of the room. She then offers her Insights, or her take on what the display means, and from there you must use hard evidence to pick apart her conclusions for misinterpretations. Proving Rayfa wrong means the difference between a guilty verdict and a less damning one--and provides some interesting character development moments for the young princess. The dynamic between Rayfa and Phoenix is an interesting one, and as the girl is defeated by our lauded attorney time and time again, her prickly facade begins to break down in interesting, and sometimes outright sorrowful ways.

In addition to this new courtroom mechanic, what makes Spirit of Justice such a delight is its large cast, which opens up into more varied gameplay and welcome moments of character development. Every system you can think of from previous games is back: you'll dust for fingerprints with forensics expert Ema Skye and take time to chat with her about her growing career; you'll use the Psych-Locks Maya and Phoenix have used to break through witnesses' emotional defenses; Athena will run quick therapy sessions in court with her Mood Matrix; and Apollo will detect lies with his magical bracelet. Each case gives access to any combination of these tools, keeping things varied and interesting. And of course, it's a thrill to have Maya Fey back after being absent from the series for several years, and to watch Athena and prosecutor Simon Blackquill have a bonding moment over a case.

Spirit of Justice masterfully weaves a tale of intrigue across warring cultures with enough breathing room for relationship to bud. Spirit of Justice also includes some shocking revelations about well-known characters' pasts. Plot twists come without warning and take their time revealing explanation, creating a tantalizing tension as these stories unravel. The dive back into the Fey clan and spirit channeling is a welcome treat, and adds another dimension to picking apart cases and begs the question: how much of a myth is actually a myth?

The only big drag in Spirit of Justice is that one of its major, hours-long cases is boring. The normally-quirky witnesses and suspects feel flat, the banter across prosecution and defense is dull, and the logic puzzles offered up pale in comparison to the intricacies of the game's other cases. But one lame case doesn't prevent the rest of Spirit of Justice from becoming a glowing, well-sought experience. And despite some rather goofy localization decisions involving name puns and an overuse of the word "putrid," after this more mellow case, you'll be itching to get back to Khura'in and spending more time with Maya.

Finally, production values have gone way up since Dual Destinies. Spirit of Justice includes full in-game cutscenes--such as Rayfa's Dance of Devotion and several scenes in which Phoenix bursts into court or Apollo and Athena fiddle with evidence. These cutscenes, as well as the ever-present anime ones, look wonderful and are a treat to watch after hours of plain avatar-focused conversations.

Spirit of Justice takes the Ace Attorney series to new heights by treading old ground. The breadth of tools available to crack cases and the wealth of character drama keep you entangled--it's genuinely difficult to put down the 3DS in the middle of case, what with such colorful witnesses and piles of complex lies to sift through. This is courtroom drama--and the series--at its finest and most fun. 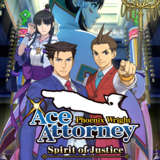 Alexa Ray Corriea has been with the Phoenix Wright series since its inception. She completed the full game for the purpose of this review with a copy provided by publisher Capcom. 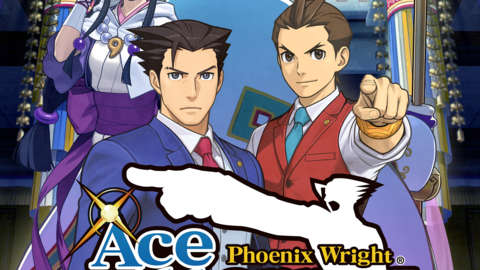