Phantasmagoria is Sierra's first attempt at a full-blown, live-action, interactive video adventure, and their ambition far outweighs the results.

Phantasmagoria is Sierra's first attempt at a full-blown, live-action, interactive video adventure, and their ambition far outweighs the results. A four-plus-million-dollar budget and over two years in production do not necessarily translate into high quality gaming.

Much of Phantasmagoria is spent on typical adventure activities: exploring, grabbing items, and problem solving. And on that level, the game is reasonably enjoyable. In addition, the graphics are excellent, the music is emotive, and there are many pleasant surprises. But problems arise in several areas: experienced adventurers will find Phantasmagoria generally unchallenging, the characters weak, the violence over-the-top, and the script just lame. For instance, during day one Adrienne discovers a secret chapel full of bizarre items yet doesn't think it important enough to tell her husband. On day two, she barely breaks a sweat over the fact that her hubby has transformed from a loving partner to a crazed lunatic.

Many of this title's problems come from complexities inherent in taking a huge concept and trying to wring a game out of it. Somebody forgot to do some detailed planning and fine-tuning. This is clear from the character interactions, the repetitive nature of some scenes, and the unrealistic puzzles--the telescope eyepiece "glints" in the sand only after you discover you need it, even though you've walked by that spot several times already.

So why is Phantasmagoria so darned popular? It's accessible to newbies, it's a new genre, and Sierra has promoted the hell out of it. The built-in hint system can turn this into a cakewalk and you'll be wowed by the occasional top notch production values. Unfortunately, the repetitive violence may turn the newcomers off just as quickly. My recommendation: Phantasmagoria is only for the gaming-challenged. Otherwise try Gabriel Knight: The Beast Within. It's Sierra's second big-time video adventure and they learned from their mistakes. 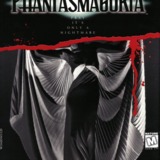 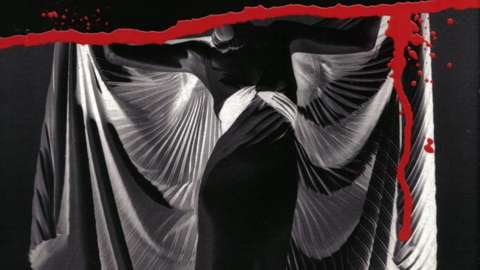 Phantasmagoria is Sierra's first attempt at a full-blown, live-action, interactive video adventure, and their ambition far outweighs the results.