Not all those who wander are lost.

While there have been many, many attempts to translate the tabletop roleplaying experience to the PC and console, more often than not it hasn't quite worked out. One of the biggest struggles in transitioning a traditional tabletop RPG into the quicker, imminently more binge-able video game form is incorporating a complex ruleset faithfully. Hypothetically speaking, with the right combo of spells and skills, a tabletop campaign can get utterly bizarre, with players collaborating to do things like using effectively unlimited ammunition to shoot through a mountain. These kinds of solutions are impossible in video games, where destructible environments and the difficulty of coding different possibilities necessarily limits the ways you can interact with the game. Pathfinder: Kingmaker is a partial exception to that rule, but it often fumbles with the execution.

Just about everything has been wholesale imported from the Pathfinder tabletop games; nearly all the mechanics, spells, skills, etc. make their way in, and so does a massive chunk of the lore and mythology. That's all well and good, particularly because Kingmaker offers plenty of options to help customize the difficulty and effectively put you in the role of Game Master. There are more than a dozen options for adjusting everything from damage scaling for foes--a handicap that makes you more resistant to harm in tougher fights--to how the AI will manage your (eventual) kingdom.

Given that this is a hefty choose-your-own-everything adventure, your character is a blank slate. You can pick from many of the basic races--as well as the godlike aasimar--and a fair few of the basic classes, skills and abilities from the tabletop edition. Your companions are initially pulled from a crowd of heroes you meet in the game's opening, but it expands soon after with any number of additional friends and allies to bring along the way. For the most part, these serve as means to an end. Your allies are as much a part of the experience as your own character is, both in terms of party composition and roleplaying in the narrative.

This is reinforced by one of the few concessions the tabletop game doesn't make, but the game does: party-wide skill checks. Passing obstacles in the tabletop Pathfinder, for instance, can often separate the party, as those that don't have a skill like acrobatics won't be able to maneuver through a thicket. Instead, in Kingmaker, the party completes these tasks as a team. It behooves you, then, to really spread out your abilities and party to maximize coverage of options over making sure everyone has the same basic setup with slightly different modifications down the line.

Such concessions transition well into group cohesion in combat, as well. With such a diverse set of specializations, party management is exceptionally important--especially because of the intense base difficulty. By default, Kingmaker follows the rules of tabletop perhaps too closely; it's a system where simple combat with a few foes can take 30 minutes to an hour (or more), all compressed into a few seconds on-screen. That can be taxing as it requires tremendous familiarity with each classes' traits as well as the acuity to know how to pull them together.

Were everyone sitting around the table, each would have a couple minutes to look over their spells, consider all manner of responses, and then execute the plan on their next turn. In Kingmaker, though, combat largely happens in real time. Sure, you have a pause button and can quickly look over your characters to devise tactics mid-battle, but this absolutely grinds combat down and really hits the pacing of the game in the worst way.

Perhaps a bit more troubling is the fact that within Pathfinder's ruleset, many monsters and creatures require very specific tools to kill. Swarms of small creatures like rats, for instance, can't be effectively fought with a sword and shield. Sometimes Kingmaker warns you, but other times it simply expects you to know how to handle the problem. Rust monsters, skeletons, ghosts, and so on all have specific tools that you need to understand and be able to use with relative ease. That's made easier by having a diverse party, but then you have to take far more time aside to learn the ins and outs of your band of characters than a traditional tabletop player.

This tension--between what Kingmaker is trying to be and what that looks like in practice--is at the heart of many of its missteps. With more than a dozen references and resources to draw upon, quite a few things have slipped through the cracks, causing issues of balance throughout. There’s the distinct impression that Pathfinder’s convoluted rulesets have led to oversights in how damage gets calculated by the game in this or that room, or whether you’ll face a much higher spell failure chance when squaring against a boss.

There have patches since release, and many of the adjustments definitely work. A slightly modified Story Mode (the name of one of the difficulty presets) is a solid entry point for many. Still, the rules and procedures can be labyrinthine--and that's even with tooltips that explain proper nouns and the requisite in-game encyclopedia to explain everything else.

For those willing to take on the challenge, however, what lies beneath the brusque exterior is a welcome return to involved roleplaying. The voice acting is spotty, and writing can be a bit cliché at times, but the game doesn't shy away from its subtitle. In relatively short order, you earn your barony and have the ability to build it out however you choose--hiring advisers and upgrading facilities to help you along the adventure. Kingmaker’s campaign cuts much closer to long-term tabletop campaigns and gives you a stable home base from which to plan your next outing. And, not to belabor the point, but most of your mini-adventures will definitely require prep.

These outings also constitute the bulk of your questing play and a good chunk of the ongoing narrative--an interconnected web of relationships and allegiances that lends itself to plenty of political intrigue and exciting adventures. Unearthing the mysteries of not only your “employers” but also the shifting factions of the Stolen Lands and how that plays into the world at large is definitely an extraordinary and rewarding endeavor.

For those willing to take on the challenge, what lies beneath the brusque exterior is a welcome return to involved roleplaying.

The interaction between the ruling bit of play and the rest of it is great. Having each of these systems--roleplaying, combat, adventuring, and what's essentially SimCity-lite--feed into and influence one another yields an experience that is as broad as it is deep. Your level of investment and engagement with each is largely up to you, but each of them matters and will require attentiveness to get the best results. But the opportunities it yields are exceptional. Having your roleplaying choices and character story and alignment all play into how you rule and who accompanies you on your trek is amazing. Working towards getting a well-crafted set of gear for your party after carefully maneuvering through hours of quests and adventures, all for the glory of besting a big bad using all the skills and abilities you've given your team, are high points of the adventure.

All-told, Kingmaker isn't a stellar outing, hampered by a litany of small issues, balancing, and the gargantuan knowledge base you'll need to play most effectively. But, for those with the patience, the rewards are well worth the investment. 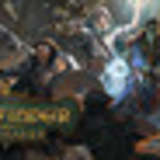 Lifelong western RPG fan Dan Starkey got his start on roleplaying in his early teens, starting with Pathfinder before making the transition to d20-based video games like Baldur’s Gate and Knights of the Old Republic. He was provided code on release day for the purposes of review. 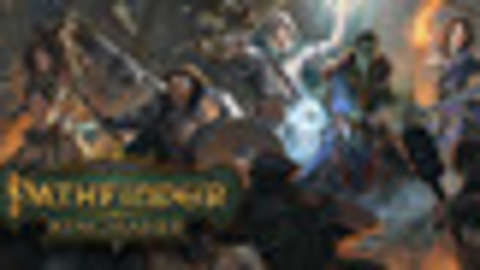