It's almost fitting, in the twilight of the Saturn's years, that it should end as it began. Sure, there was the original Virtua Fighter and the lackluster Daytona USA, but the game that first revealed the true potential of the Sega Saturn was Panzer Dragoon. It was a fairly straightforward shooter, but a shooter that enveloped you in a world you'd never seen before. Taking its inspiration from the classic concept of a boy and his dog, Panzer Dragoon took the shooter genre to the next level with its unique design and captivating gameplay. With characters and monsters originally taken from designs by French artist Moebius, Panzer was chock-full of exotic locales, truly unusual enemies, bio-organic warships, and boss encounters so epic (as in Star Wars epic) it practically shut the door on the 16-bit shooter. Panzer Dragoon Zwei took it a step further by offering improved graphics, alternate paths, and a growth system that influenced the type of dragon you rode based on the difficulty of the course as well as your skill in combat. Possibly the most striking feature of the Panzer Dragoon series was the CG sequences that slowly revealed the storyline to the gamer, while drawing him into the Panzer world.

In a progression that is at once surprising, logical, and welcome, Team Andromeda has taken its heralded series of shooters and turned it into a full-blown RPG - a progression that only seemed natural, considering the increasing complexity of the storyline and the questions that had been left unanswered. Panzer Dragoon Saga picks up where the first game left off, many years into the future (Panzer Dragoon Zwei was a prequel). The main character, Edge, is a guard at one of the Empire's excavation sites. While on watch, an emergency arises that unearths a most unique artifact: a girl encased in stone. It is at this point that Edge finds himself caught in the middle of a rebellion. After witnessing the death of the people he was hired to protect, Edge confronts his attackers only to be hurled down a chasm to his death. At the bottom of the ravine Edge awakens in a pool of water, somehow unhurt by his descent. As he comes to his senses, he finds himself surrounded by a herd of creatures with 20-foot-long scythes for arms. Just as Edge finds himself with nowhere to turn, a sharp piercing cry echoes through the darkness. Suddenly, dozens of glowing beams of light find their way down to their targets causing instant destruction all around. A lone figure swoops down through the smoke and debris, only to settle gently amidst the ruins. It was a dragon that saved Edge, and this is where the Saga begins.

After the lengthy intro that sets the tone for the game, you'll find yourself in a situation never before experienced in the Panzer series: on foot. There's a lot of running to be done in Panzer Saga, as it becomes necessary to interact with the villagers and other characters for your success. Certain characters assist you in your journeys, while others merely offer light conversation. Almost everyone in the game has prerecorded dialogue, while subtitles play underneath. Additionally, if you talk to someone twice, even three times, he has something different to say each time. Interaction doesn't stop there, as the usual RPG suspects all make an appearance: merchants who sell anything and everything from health potions to weapon upgrades, campsites that serve as rest areas and save points, and a fully 3D world-map that changes as the game progresses.

The graphics in this game are a landmark. Panzer Dragoon Saga does things that people didn't think were possible on the Saturn. While the textures can be rough and the frame rate can stutter at times, there is a slew of graphical features that more than compensate. Amazing water effects that surpass those found in Panzer Zwei, Gouraud shading, light sourcing, and full transparencies all combine to stunning effect. Coupled with the incredible designs of the towns and locations, which range from underwater labyrinths to spiraling towers, Panzer Dragoon has reached a graphic level of excellence on a par with anything available on a home console. Watch as Edge and his dragon take flight, engage the enemy, and unleash a furious barrage of attacks. You can practically feel the heat from the blast.

The battle-system in Panzer Saga is a revelation. Instead of the traditional turn-based menus found in most RPGs, Saga utilizes a real-time engine that offers more strategic opportunity and raises the challenge as well. While in battle (which is almost exclusively done on the dragon), you have three power meters. How many are filled determines what actions you will be able to take. Once a meter is filled, you may take as much time as you need to decide which action is necessary. At least one must be filled in order to use either the dragon's homing lasers, your pistol, or the item menu. When two or more are filled you are able to take advantage of other options such as a berserk meter. There are differing types of berserk attacks: attack, spiritual, defense, agility, or a full-gauge menu). Different berserk attacks achieve different things. One berserk attack may launch a gigantic ball of fire, while another will surround your dragon with a protective network of spheres. Berserk attacks are obtained depending on the development of your dragon, and it is here where Panzer Dragoon Saga separates itself from every other RPG available. After your dragon has gained enough levels to obtain a first-class ranking, he will then be able to morph into, virtually, an endless number of dragons. Your dragon has four classes in which he can mature: attack, spiritual, defense, and agility. At any time after achieving a first-class rank, you can choose to augment your dragon in any of the four categories; however, there are considerations to make when morphing. If you decide to have a dragon with extremely high attack power, he will suffer in the spiritual ratings, meaning it will take more berserk points (BP) to utilize any berserk attacks. Likewise, if you have a dragon with a high agility rating, he will not have a very good defense rating, meaning that while his meters will fill faster, any damage he takes will be greater than normal. Great care must be taken to ensure that your dragon is balanced, or else the game will be more difficult to complete.

The gameplay is smooth and efficient, with battle menus becoming more and more intuitive with each and every encounter. Exploring towns and interacting with townsfolk becomes second nature as the storyline becomes more engrossing. The menus and graphic design permeate the game with a fluid easy grace usually reserved for museum collections. Unlike Shining the Holy Ark or Chocobo's Mysterious Dungeon, no two areas look the same. Every exotic location retains a place in your memory as you progress.

Another feature that the Panzer series has always been famous for has been its sound and musical score. While not as grandiose as the first Panzer Dragoon, Saga still maintains a level of quality usually associated with Hollywood productions. Enter into battle, and a pulsating techno sequence begins, heightening anticipation. Defeat your enemy, and an orchestra full of strings punctuates the moment. Sound effects, while unspectacular, are sufficient. You'll wince as your dragon shrieks in pain as he suffers damage during battles.

Like all Panzer Dragoon games, the story unfolds through thoughtfully directed CG sequences; however, a great deal of storytelling is done in real time using the game engine. It's during these moments that the story seamlessly flows from plot to warfare. As with the previous Panzer games, there is a number of secrets to be found once the game is completed, and that is probably Saga's only true fault. It's just too short. While it spans four CDs, the majority of that space is used to store the copious amounts of full motion video and voice acting. Sure, it clocks in at a reasonable 20-25 hours, whereas the first two were finished in about 1-2 hours each, but it still leaves you longing for more. As it stands, this does little to detract from the game itself.

Panzer Dragoon Saga has been called Sega's answer to Final Fantasy VII, but that is an unfair comparison. Panzer Saga, in its own way, is so much more than Squares' ultimate RPG. It is a worthy successor to a series that with each installment has grown in stature and scope. It is flawlessly executed, limited only by the hardware (and barely that at all) and medium. Unlike other recent RPGs, such as Parasite Eve and Grandia, Panzer Dragoon Saga is truly a "cinematic RPG." Wide-screen in vision and Technicolor at heart, you can only imagine where the next one will take us. It's almost fitting, in the twilight of the Saturn's years, that it should end as it began. Panzer was always the brightest example of what the Saturn had to offer, and this third and final chapter reveals what Team Andromeda was up to all along - to fulfill the legacy of Panzer Dragoon and deliver Panzer Dragoon Saga, possibly the finest RPG of 1998. 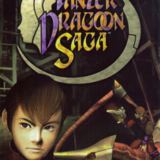 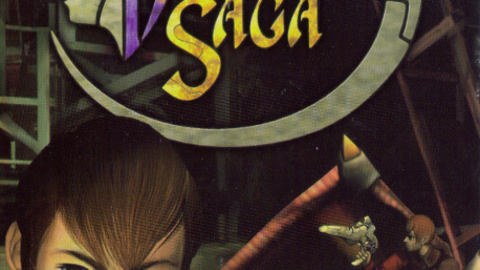