Harking back to a simpler era of first-person shooters, Painkiller: Hell & Damnation is far more concerned with body counts and blood spray than depth in the gameplay department. The return to the genre's primal roots is a welcome one, even if it feels like indulging in the gaming equivalent of a junk food binge. Unflinchingly old-school, this remake of the gory original is fast-paced, campy as hell, and full of action. It gives you a toolbox of twisted weapons and throws massive swarms of unholy minions at you at every turn. The absurd bloodbath of flying appendages that ensues jams a ton of craziness into a short-lived but pleasantly gruesome romp.

Daniel Garner is once again back to his demon-slaying shenanigans. Though Hell & Damnation tells a tweaked story that's only loosely based on both the original game and the Battle Out of Hell expansion, it's a familiar theme to anyone who has delved into the Painkiller series. Trapped in a hellish purgatory after dying in a car accident, Garner is desperate to escape his nightmarish prison. This time around, Death himself recruits the troubled protagonist with promises of reuniting him with his wife, Catherine. Of course, he must collect 7,000 souls first. Your mission is the same as it has always been: blast and eviscerate your way through a freaky batch of fantasy environments annihilating everything that moves while scarfing down souls like they're Halloween candy.

Compared to its modern-day brethren, Hell & Damnation is a dramatically streamlined run-and-gun affair that nods heavily toward early FPS classics like Doom, Blood, and Duke Nukem 3D. Charging through beastie-filled levels grinding up skeletal warriors, spectral abominations, and crazier creatures is far from groundbreaking, but the brisk pace is satisfying in short bursts. Responsive controls also add to the punchiness of gameplay. There's not a lot to do beyond clearing an area of demonic hordes before moving on to the next checkpoint, but the catharsis of dismembering large crowds of foes with a cornucopia of deadly implements hits a satisfying crescendo multiple times through each stage.

Anyone who played the earlier Painkiller games will appreciate how much nicer everything looks with the Unreal Engine 3. The stages aren't completely redesigned, but the fresh layers and crisp details really pop onscreen. It's great to see these old familiar locales, like the Cathedral, Loony Park, and the Orphanage, fancied up with a fresh coat of paint. Massive boss battles also provide some epic set-piece encounters capping each chapter.

With the emphasis placed squarely on killing everything in sight, arsenal diversity is a crucial ingredient. A well-rounded mix of goodies at your disposal opens up a lot of flexibility in battle, and each weapon's creative alternate-fire modes make it feel like several completely different gadgets in one. In fact, experimenting with how each weapon rips enemies apart is a big draw--morbid though it may be. Classics like the wooden stake gun that skewers opponents to walls, the titular handheld Painkiller blender that purees victims at point-blank range, and the shuriken-launching electro shocker return in dramatic fashion.

While the guns are inventive and fun to wield, they're almost entirely rehashed from previous games. Only one new gun gets added to the pile in Hell & Damnation, which is disappointing for a series known for its wild weaponry. The upside is that this new gizmo is pretty darn cool: it shoots out illuminated buzzsaw blades that are handy for limb and head removal, zaps baddies to steal their souls, and turns your foes against their unholy comrades.

Hell & Damnation wastes little time getting to the action, but it's perhaps too focused at times. The campaign is laughably short; it takes about four hours to blast through the 14 stages that span four chapters. And meeting the conditions needed in each level to unlock black tarot cards used to apply perks in combat adds only minimal replay incentive. The option to play through the entire campaign cooperatively with another player does change things up for the better, since certain enemies come back to life if you don't consume their souls after killing them. It's not enough though. By the end of the meager campaign, the bliss of wanton ultraviolence fades into a repetitious groove.

Classic deathmatch, team deathmatch, and capture-the-flag modes are worth diving into for a quick retro fix of bare-bones fragging free of any modern nuance. These offerings are as pared down as it gets: a bunch of players running around on crazy murder sprees to see who can rack up the highest kill count. If you're not squeamish about getting back to basics, the frenetic tempo does sweep you into its flow. Survival is a more energetic multiplayer option, since the endless influx of hellish hordes makes it impossible to stop moving and shooting if you want to stay alive.

As a horror-tinged slaughterfest that vomits blood and bile on the face of modern first-person shooter convention, Hell & Damnation distills the essence of the Painkiller series into a tight, finely honed package. This installment looks and plays beautifully for what it is, yet it suffers from too much recycled content and a very limited scope. It's an appealing taste of old-school shooter charm soaked in over-the-top gore. However, the Painkiller series has been spinning its wheels for some time now. Hell & Damnation classes it up presentation-wise, but it's not the next step forward that those who find it a guilty pleasure have been waiting for. 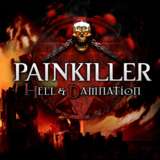 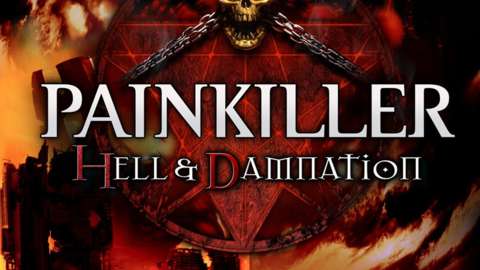 Painkiller Hell & Damnation has players take the role of Daniel Garner who is the unenviable position of being the Curse of Darkness and the Toy of Light as he must fight his way past hordes of demons and fiends.