Pac-Man World 3 is a platformer, characterized most notably by its fusion of classic Pac-Man moments and generic platforming gameplay.

Pac-Man World 3 doesn't reinvent the platformer; in fact, in its adoption of so many previously established platformer features, it manages to include some of the genre's most inherent flaws. It does, however, provide an entertaining, fully E-rated experience that's been conspicuously missing as of late. Though it's most notably easy and family-friendly, Pac-Man World 3 has just enough depth to make it more than just a kid's game. But, if the rating or the difficulty level isn't a selling point for you, then there are probably other games that will be more worthwhile.

In the 25 years since Pac-Man hit the scene, he's gone from a slightly pixelated, 2D-puzzle star to a fully 3D action platformer. Though the majority of the gameplay consists of the latter, you'll be able to experience 2D and 3D versions of classic Pac-Man gameplay in each of Pac-Man World 3's levels. The balance of these three types of gameplay is one of the game's strongest aspects, providing just enough variety that, when combined with an interesting arsenal of pickups, manages to keep the gameplay fresh, despite how easily you can breeze through it.

When the story begins, Pac-Man is about to celebrate his 25th birthday, but then he is suddenly teleported out of Pac-village into a mysterious and sinister world. With the aid of reformed-ghost and technical-mastermind Orson, Pac-Man learns that he must stop the doings of the evil Erwin and save the world, again. The story isn't terribly enthralling, although Pac-enthusiasts might be happy to see that Orson has worked out the kinks in his Toc-Man design, enabling more functional (but still not quite fun) mech mechanics. You'll also band together with former nemeses Clyde and Pinky to help rescue Inky and Blinky from Erwin's stranglehold--so as to, of course, restore the proper order of Pac-Man/ghost interactions. The game, although very light on the cutscenes, does include a fair amount of dialogue to propel the story along. But like the story of the Pac-Man animated series, it will appeal primarily to a younger crowd.

In the distorted world that Pac-Man is forced to explore, he'll encounter a number of Erwin's grunts, though they can usually be defeated by Pac-Man's two default attacks. He can either punch at his enemies or butt-bounce on them, and it's usually clear by the location of the enemy's armor which method is required. If the two basic attacks aren't enough, there are special power pills located throughout the game, and they'll do things such as infuse Pac-Man with special butt-bounce oomph, replace his punch with an electrical shock (which is particularly effective against mechanical enemies), or trail a deadly ribbon behind him. Since these generic fights aren't overused, and since the new pellets are kind of interesting, the basic level of combat makes for a nice diversion from the platforming aspects of the gameplay.

The platforming in Pac-Man World 3 borrows heavily from the pioneers of 3D platformers, and unfortunately as a result, some of the genre's greatest pitfalls accompany it. This is particularly problematic on the PC, which has never been a safe haven for platformers. Most notably, there are some pretty dramatic frame rate problems in the larger, more heavily animated levels, and the camera, although fairly maneuverable, can get stuck behind world objects or flip around wildly at the most inopportune moments. Furthermore, the control input is awkward with the default keyboard, and only marginally better if you have a PC gamepad. But you're unable to remap the keys, which unfortunately removes any possibility of you making the best of the dire control situation. The visual presentation is slightly better than that on the console versions of the game. The levels are distinct looking and surprisingly unique, given the game's other major pitfall. For the most part, the maneuvering lacks originality (at least from other games in the genre), and almost everything you do is derivative. Your major abilities include wall-jumping in enclosed areas, rev-rolling (or morph-balling, if you will) up and down ramps, bouncing off trampolines, and butt-bouncing on switches placed randomly throughout the levels. Whether you're shimmying across a ledge, sliding down a pole, or climbing up a fence, you'll get the very distinct feeling that you've done it all before. You'll break open boxes in search of collectible objects such as fruits, health wedges, and extra lives. Once per level, you'll find a galaxian pickup, which will warp you to a classic 2D Pac-Man maze that is, ironically enough, one of the most original things about the game.

Still, there are some aspects of gameplay that are uniquely Pac-Man, one being the ability to use the ghosts, Pinky and Clyde. At certain designated stations, you can switch control over to the ghosts, whose seeing ability in the spectral world allows them to locate hidden platforms and knock over barriers that Pac-Man alone wouldn't be able to. There's also a matter of the 3D Pac-Man puzzles in which Pac-Man must fight against spectral monsters by chomping on classic power pills, which, while he's under their effect, allow him to eat the monsters. These moments are enhanced by the classic arcade game's sound effects, whose use throughout the game truly taps into the nostalgia cortex. Aside from voice acting, which is mostly hindered by the script, the sound in the game is quite good. Enemies have distinct sounds, and you'll be treated to classic sound effects whenever possible.

Given that so many recent platformers have departed from a focus on maneuvering and jumping between actual platforms, Pac-Man World 3 is a refreshing reminder of this type of gameplay. Unfortunately, given that it has been poorly converted to the PC, you will probably spend a good deal of time fighting with the controls and camera when you should be fighting enemies and platform puzzles instead. As a complete package, Pac-Man World 3 will be very appealing for younger gamers who are bound by the E (not even E10+) rating. Despite how easy it is, there are enough hidden pickups and collectibles to provide a fair amount of depth, but not enough to satisfy people looking for more interesting or challenging endeavors. 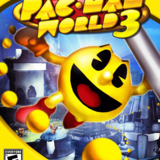 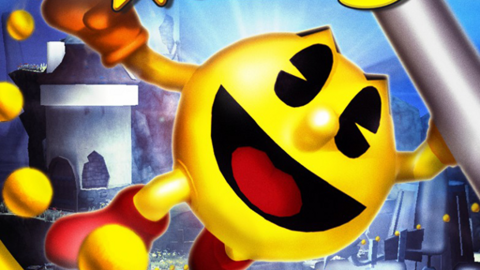 The classic gaming character Pac-Man is back for the third iteration of the Pac-Man World series. The game features the classic Pac-Man powers and adds a few new abilities--such as superstomp and electric shock--to assist the yellow-ball-like hero against his ghost foes.