Onrush Review: Push It To The Limit

Rush to the objective.

Calling Onrush a racing game is a tad reductive and maybe even a little disingenuous. Sure, there are two- and four-wheeled vehicles careening around a track with reckless abandon. But with no finishing lines in sight, achieving victory in Onrush is about much more than simply seeing who can reach a chequered flag first. This bold idea for an arcade racing game comes from a new studio formed out of the remnants of Evolution Studios. It's a curious transmogrification of various genres and styles, taking elements from the high-octane takedowns of Burnout, the multi-vehicle chaos of Evolution's MotorStorm, and the class-based competitive action of a hero shooter like Overwatch. These influences might be unmistakable, but developer Codemasters has crafted a wholly original and innovative racing game that's quite unlike anything you've ever played before.

Describing how this off-kilter mixture functions is best achieved by explaining Onrush's Overdrive mode, which dilutes the anomalous experience down to its purest form. Here, two teams of six go head-to-head in up to eight diverse vehicle classes, with victory achieved by chaining together boost multipliers in order to rack up points. Earning boost is done by hitting jumps, wrecking opponents and weak fodder vehicles, performing bike tricks, and other actions that are tied to specific vehicle classes. Once you've depleted enough boost you can unleash the cathartic Rush Ultimate, which propels you forward at lightning speed and provides a bonus ability that is, once again, tied to your vehicle class. Overdrive is relatively simple and doesn't have the same depth as some of Onrush's other modes, but as an introduction to this brazen new style of game, it's a clear signal of intent: this is not a traditional racer by any stretch of the imagination.

Part of Onrush's ingenuity comes from its rubber banding, which sounds absurd until you see it in motion. Both teams are congregated together with the AI fodder vehicles in a pack known as The Stampede. Fall too far behind and you'll be teleported straight back into the maelstrom of crunching metal for a sustained period of high adrenaline driving. Not only does this keep everyone in the thick of the action at all times, but it tears down the divide between newcomers and veterans alike. You don't have to be amazing at racing games, or even have previous experience in the genre to feel like you're contributing to each match because you're always in amongst the histrionics. And this attention to inclusion is reflected in Onrush's other game modes, vehicle classes, and its driving model, too.

The bar to entry is quite low with the kind of straightforward driving mechanics you would expect from a thrills-and-spills arcade racer like this, so it's relatively easy to get to grips with the basic framework. But the skill ceiling is high enough for those looking to improve their play and delve into the intricacies of how to successfully line up pulverising takedowns and maneuver out of harm's way. There's a discernible sense of weight to each vehicle, too, that translates into a tangible heft that dismisses any thoughts of floaty handling. You're also afforded a degree of aerial control that allows you to exert downforce and crush any opponents unfortunate enough to find themselves beneath your tyres, representing the most satisfying of all of Onrush's myriad takedowns. Despite this subtle depth, however, Onrush's primary challenge still derives from your vehicle choice, and how you manipulate it to cater to the current game mode and your team's makeup.

During Overdrive, for example, you might want to play more of a support role, using Dynamo's special ability to drop boost pick-ups for your team to collect, and utilising its Rush Ultimate to supply any nearby teammates with a dollop of sustained boost that will extend their multipliers. Or perhaps you're in a game of Countdown, the mode that most closely resembles a traditional racing game, as both teams battle it out to drive through checkpoints to add incremental time to an ever-depleting clock. The speed and agility of the Blade motorcycle might come in handy here, especially with the whole Stampede moving in the same direction, as Blade's Rush Ultimate leaves a destructive trail of fire behind its two-wheeled fury. On top of this there are other classes that grant you improved magnetism on in-air attacks, ones that drain your opponent's boost, and others that deploy shields for teammates. The latter comes in particularly useful during Lockdown, which is essentially King of the Hill on wheels, as both teams fight for space in order to capture a moving zone.

You don't have to be amazing at racing games, or even have previous experience in the genre to feel like you're contributing to each match because you're always in amongst the histrionics

There's a robust single player mode that does an excellent job of teaching you the ins-and-outs of each vehicle class and game mode, with challenges that encourage you to focus on particular areas--whether it's using the hulking 4x4 Enforcer to blind opponents, or taking down vehicles in the Lockdown zone, and so on. It's a good primer for what's to come, as Onrush really comes alive once you hop online and start tearing it up with other players.

If you have like-minded friends, there are tactical opportunities to work together to wreck opposition vehicles with coordinated attacks, and use your class abilities in tandem to get the most out of each one. If you're only playing alone, however, the experience isn't impaired in any way. With every driver in close vicinity and a plethora of useful visual cues, it's relatively easy to aid your teammates despite having no direct communication. The only negative arises in Lockdown, where a recurring glitch captures the zone when nobody's in it. Wrecks can also be a bit finicky at times; on some occasions you'll total your car after scraping a wall, while at other times a head-on crash will have no effect.

There are also loot boxes, although they’re not the heinous kind likely to incite an angry furore. By completing matches you’ll earn XP that goes towards an overall level. Each successive level unlocks a loot box containing three random items of varying rarity. These can be things like new bodies and paint jobs for your vehicles, tombstone emojis that are left behind after you wreck, and different clothes for the largely inconsequential avatars. You can also buy any of these items using in-game money that's also earned simply by completing events. There are no microtransactions in sight, this is just a way to gradually dole out cosmetic items that give your whole style a sense of ownership.

Visually, Onrush is a beautiful showcase for electrifying particle effects, dynamic lighting, and increment weather, with each of its 12 tracks catching the eye due to their diversity and multi-faceted aesthetics. The sun-kissed Whitewater Canyon, for instance, uses a vibrant, almost otherworldly, colour palette to illuminates its red rocks, while Glory Dam propels you through a winding forest before spitting you out into a dam that's adorned in vivid street art, and Big Dune Beach offers a glimpse of the Northern Lights in its night sky. Each crash and exertion of boost is also complemented by a curated concoction of popular, licensed music, usually remixed to be more up-tempo and chaotic, in case trading paint wasn't hectic enough.

When it comes to crumpling metal and high speed thrills, not all of Onrush's game modes are on equal footing in terms of consistent excitement. Yet its foundations are so strong, and so unique, that it's easy to lose hours upon hours barreling around these disparate tracks. The question of longevity will, of course, depend on post-release support, with new classes, game modes, and tracks potentially on the horizon. Considering you need 12 players to fill a full room, it would be a shame if Onrush doesn't find the kind of audience that will give it the lifespan it deserves. Part of this will depend on how Codemasters iterates on the game from here on out, but they've shown a proficiency in knowing how arcade racing games click, and Onrush is such a bold, refreshing twist on the genre that there should be little hesitation in putting your faith in them to succeed.

View Comments (71)
Back To Top
9
Superb
About GameSpot Reviews 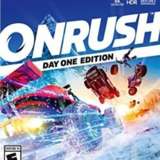 Richard spent over 10 hours colliding with other vehicles across Onrush's single and multiplayer modes. A complimentary copy of the game was provided for review. 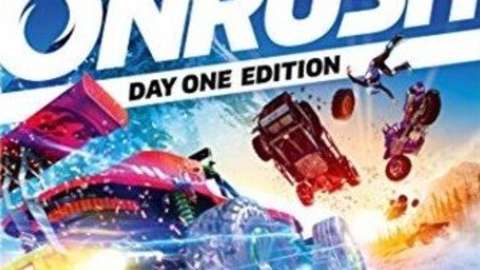