The only possible way I could recommend this game is if you're an avid Olympic hockey fan.

Sports games have always been criticized for the developers not going the extra mile – and just simply sprinkling in just enough new features so that they can slap the next numeric year on the box. Midway's Olympic Hockey 98 is one of those games that not only feeds this stereotype, but takes it to entirely new heights.

As a reviewer, it's tough to score this game. If you rated it in a vacuum and never considered the fact that this is the third hockey game based on a two-year-old 3D engine, it isn't all that bad. But, since none of us lives in outer space, at least physically, rating in a vacuum simply doesn't apply. It simply cannot be said any simpler than by saying if you've played either of the two Wayne Gretzky games, you've played this one. Olympic Hockey Nagano does sport two modes - the original arcade-action mode whose mechanics are as exaggerated and violent as NBA Jam, and then there's a half-baked simulation mode that does its best to turn this game into something it's not. Midway says that it's added better AI and juiced the realism, but the end result on the screen really doesn't bear any visible dividends. It still looks and feels the same.

So how does it look and feel exactly? Well, the 3D players move about pretty well, and there's enough variety in the animations to make the characters lifelike, but really there's nothing special to point a finger at. In fact, other than the player graphics, the atmosphere of the game is pretty subpar. The rinks are lightly detailed, and the excitement of a hockey game just is not there. Now granted, Olympic hockey games aren't always that intense (depending on the countries involved), but as gamers, we expect more. The presentation of the game falls flat and doesn't have many of the types of eccentricities that more fleshed out games such as the ones that NHL 98 (PS) or NHL Breakaway 98 (unlike fellow reviewer Ryan Mac Donald, I hated the PlayStation version - I say go for the N64 one) offer. While touching upon professional hockey, why don't they give you the option to play as NHL teams in addition to Olympic teams? Just about every other hockey video game allows it. But, unfortunately, we all know the answer to that question: That would erase the market for this game since Midway already released Wayne Gretzky NHL Hockey '98.

For all of its shortcomings, Olympic Hockey 98 isn't a bad game - and the rating I'm giving it reflects that. Instead, it's a shameless attempt to make money on a software-hungry Nintendo 64 audience, a category that isn't so easily rated. The only possible way I could recommend this game is if you're an avid Olympic hockey fan and really love the sort of action that Midway's action-hockey games provide. Otherwise, you should stay far away from this title. 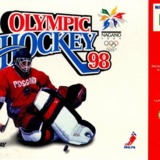 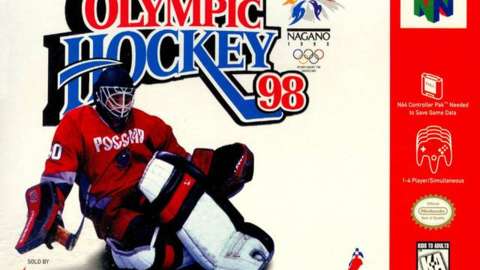 The only possible way I could recommend this game is if you're an avid Olympic hockey fan.