All for one and one for all.

Retro throwbacks rarely go for the mid-'90s mix of 2D sprites and low-res 3D models, but along comes Octopath Traveler, a game that manages to both faithfully recreate the aesthetic and add to it in subtle yet meaningful ways. It's a great look, one that draws you into the world and delights you with small artistic touches that bring something magical to otherwise simple environments. Enemies and bosses alike are lavishly drawn despite the confines of the game's intentional low-res aesthetic. It's a similar treatment that you can find in a game like Final Fantasy VI, where rough sprites in the overworld transform into big, detailed illustrations in battle.

Taking pleasure in the dreamy, diorama-esque look of Octopath will satisfy you for a while, as will the immediately likable combat system, which implements a few small innovations to revitalize the otherwise traditional turn-based mechanics. What may ultimately trip you up, however, is the narrative--a collection of eight short stories each divided up into four chapters of increasingly higher difficulty. After picking a protagonist at the start of the game, you gather allies by travelling to their icons on a map.

This approach is viable in theory, but Octopath woefully struggles to weave interesting tales despite the wide range of personalities behind them. You get an intro, a spirited launch into a quest, a revelatory examination of people and places, and then a conclusion, each chapter lasting roughly one or two hours with a lot of drawn-out dialogue. Coupled with wildly varying English voice acting, it's all too easy to want to reach for the skip button when a story sequence slowly winds up. In these moments, everyone but the relevant character is relegated to being backseat companions, hidden away from view entirely. The only time your team acts as such outside of battle is during rare opportunities that you get a banter notification, which allows for a brief discussion between a couple of characters, dependent on who's in your party. These can be entertaining from time to time, but they are too infrequent and inconsequential to truly matter.

It's no doubt disappointing to report that Octopath's stories are more or less a wash, but that doesn't mean the world is any less intriguing on its own. On the contrary, it's constantly refreshing to see how much care has gone into fleshing out run-of-the-mill NPCs, many of whom have peculiar backgrounds that outshine some of the more mundane major characters. Side quests allow you to explore these personalities a bit further than usual, but there's enough variety and colorful writing to make fly-by introductions worthwhile whenever you come to a new territory. Octopath's towns are brimming with excuses to look twice at the unsung heroes and villains that call your rest stops home.

NPCs feature other smart interactive touches that call upon your characters' individual strengths. Just like you'd inquire into backstories, you can steal belongings (or talk strangers into selling what you can't steal), allure them into following your crew and helping out in battle, or pick a fight with them in the middle of town--just a few of your options. Some of these actions carry a chance of success, and repeat failure in a particular town can temporarily kill your reputation, preventing further attempts until you pay the local barkeep to spread positive gossip about you to their customers. It's a punishment that's easy to overcome, and it's a little strange that you can so freely try to rob the same person ad nauseum until you succeed, but it's nonetheless great to have that added layer to exploration.

Without a broad objective steering your party across the world map, you're instead guided by icons that tell you where to pick up the next chapter for a specific character and what level your party should be to survive random encounters with beasts and brigands. The initial stops circle a sizable body of water in the middle, with each round of chapters shifting ever slightly outward towards the edge of the map. The procession of events and markers is measured in such a way to provide natural progress through each character's personal adventure. Keep up with the logical order and you may never have to grind for experience if you avoid fast traveling to previously visited locations.

In order to activate a chapter, you need the relevant character in your party, but even if you neglect to cycle party members regularly enough to keep them on even footing by the time they're called upon, you can still carry a grossly under-leveled character into battle without too much concern. It's one of many reasons why Octopath's battle system feels so fresh: it's about what you hit the enemy with rather than how hard the hit lands.

Every enemy in Octopath is vulnerable to at least one particular element or weapon type, and most are vulnerable to three or more. A grid beneath their sprite in battle will automatically tell you how many vulnerabilities they have, but it's up to you to uncover the specifics by hitting them with everything you've got. When you successfully strike with a relevant spell or weapon, an icon fills in a space on the grid so you have a clear record of what to do throughout the battle and in future encounters. With these tactics in mind, your goal is to break your enemy's defenses by hitting them enough times with effective attacks to whittle away their shield. Once broken, an enemy will lose their next turn and remain in a highly vulnerable state where attacks hurt them a little more than usual.

Despite the lackluster stories that pull you through the world, Octopath thrives on its character progression and the temptations of high-level challenges and rewards.

The other important piece of combat is the battle point system. Battle points act as extra swings of a weapon in a turn, or as a means to power up magic attacks. Every character gets one BP added to their slate per turn so long as they don't spend BP, which will delay the accrual process by an additional turn. In most cases, saving up BP is a beneficial way to wear down an enemy's shield in one turn with a single character. But once an enemy is broken, BP is best used to fortify single attacks during that window of opportunity.

The concept of breaking enemies is paramount during boss battles (which often include a pair of sidekicks), long affairs that test your ability to remain focused on your resources, characters' turn order, and unusual dangers, like coordinated attacks against your party that can insta-kill characters when you least expect it. If you're fighting around the experience level that Octopath suggests for these fights, you may find yourself engaged in a 30-minute test of your ability to remain organized and focused. Common enemies will pose formidable challenges as well, but those fights go a lot quicker, and you're afforded more opportunities to flex your various skills for the fun of it, rather than to satisfy the punishing demands of excruciating bosses.

Your battle party is only as good as you make them, which means not only earning enough experience points to level up and learn new skills, but coordinating individual skillsets to diversify your options while also doubling down on your most effective attacks. Each of the eight characters starts with a distinct job, and as you explore the world, you uncover shrines that let you assign a secondary job as well--each secondary job is limited to one character at a time. Managing two jobs and equipping passive support abilities recalls RPG like Final Fantasy Tactics, but unlike such games that typically give you free reign to stuff your party with overpowered job configurations, Octopath smartly limits your options to prevent you from breaking the system.

You will no doubt come to prefer certain jobs over others, but some of the most valuable skills are tied to characters rather than their assignments. H'annit, the hunter, has the unique ability to capture enemies that can be summoned during future battles a limited number of times, whereas Alfyn the apothecary can make medicine mid-battle by synthesizing salves with expendable ingredients, for example. Between these unique character skills and the variety of jobs on hand, your party will transform on a regular basis to keep up with the demands of bosses and particularly finicky enemy types. This constant search for new strategies leads to a wonderful variety of experiences and accomplishments by the time you reach Octopath's end.

Despite the lackluster stories that pull you through the world, Octopath thrives on its character progression and the temptations of high-level challenges and rewards. The promise of new jobs, exciting boss fights, and powerful gear will inspire you to poke around every corner, and there are no shortage of discoveries to strive for. And all the while, you're treated to one of the most interesting and effective re-imaginings of a retro aesthetic around. Octopath will likely be a divisive game due to its fractured storytelling, but it's one worth playing despite its lesser qualities. Its high points are simply too good to ignore.

Update: Revisiting Octopath Traveler on PC has been a treat, not the least of all because of the available graphics settings that let you tweak the game's iconic hybrid visuals. This is an obvious feature in most PC games, but Octopath's mix of retro pixel art and modern post-processing effects are unlike most games. With one foot in the past and another in the present, adjusting resolution, textures, and lighting effects lets you dictate, to a point, which half of its aesthetic identity is most prominent. It's not a game changer, but it is an appreciated option that gives the PC version a slight edge over the Switch original. -- Peter Brown, June 7, 2019, 11:40 AM PT

View Comments (141)
Back To Top
8
Great
About GameSpot Reviews 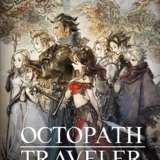 Peter watched the credits roll after completing his protagonist's campaign and then jumped back in to finish three more before writing his review, after 65 hours--he has reached the final chapters of the four remaining stories. Nintendo provided GameSpot with a complimentary copy of the game for review. 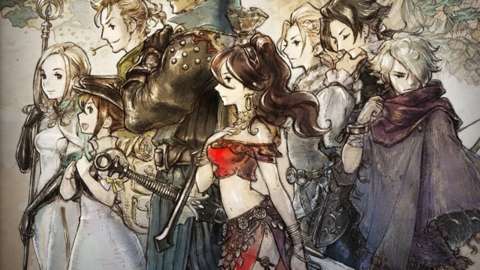