Breakaway 98 can easily be called the best hockey game on the N64.

Breakaway 98 has all of the real NHL teams - plus eight international teams - all of the players, and their stats. Players can be traded back and forth, letting you create a dream team of hockey's greatest players. In its management mode, Breakaway also pulls off what so many sports games have attempted over the years. It awards points for every victory, which can be used to pay for physical therapists (that speeds the recovery of an injured player), train minor league players, or improve your stadium, which in turn will help raise your attendance and net you more points to spend per victory. It's a vicious cycle, just like real life. It takes points to make points, and this feature makes playing an entire season tons of fun.

Visually, Breakaway 98 is fantastic - the animations of the players falling, skating, and shooting look incredibly lifelike. With such detail, not only can you read the names of the players off the backs of their jerseys, you can even see the players' numbers on their sleeves. Players also are sized according to their height in real life. So Gretzky is small and fast, but unable to check as effectively as a big, lumbering oaf. The graphics don't appear to be quite as crisp as the PlayStation version although some of the new camera angles in the N64 version are very good.

The sound effects give you a sense of how bad someone gets checked. The other effects such as a puck hitting the post and a player crashing into the boards sound as though you are at a real hockey game. Breakaway also has all the organ music featured at the rink and an announcer to go along with it, although the announcer in the N64 version is noticeably less talkative than in the PlayStation version.

One big plus for the N64 version is the control. The analog stick seems to lend itself well to the smooth motion on the rink. Players can skate backward, hook, dump passes, and do just about anything else. Breakaway has intuitive controls for beginners that let you play with the use of three buttons: pass, shoot, and check. Then when you get the hang of it you can learn some of the more advanced features of the game.

In the end, Breakaway 98 is one of those rare games that come along every once in a while; it seems to have everything going for it: great graphics, superb sound, unmatched control - a game that's just plain good in all of the categories. Breakaway 98 is better than real hockey. 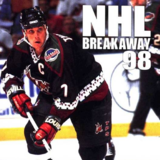 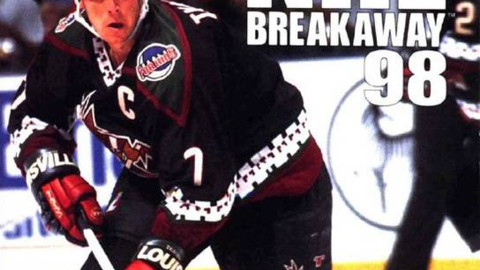