Never Alone is a heartbreaking game, but not just because it's a particularly sad one. No, it's because the game's concept is admirable--a platformer steeped in the culture and folklore Native Alaskan Iñupiaq people--but the game itself is shabby. Included in Never Alone are short video vignettes comprising interviews with Iñupiaq elders, and beautiful footage of the real-world locations you visit; from these, it's clear that great respect was paid to Iñupiaq cultural touchstones and their translation into game mechanics. These videos are unlocked as you progress through the game, and do an excellent job of giving a cultural context to the level you are about to play. Never Alone has a genuine and honest desire for you to learn about these people, their way of life, and their methods of storytelling--and by the end of the game, you walk away with an appreciation for all three, but you resent the journey required to get there.

You control a young girl who must set out into the Alaskan wilderness to find the source of a particularly powerful blizzard. Your standard sidescrolling platformer mechanics are present and accounted for: running, jumping, and pushing boxes to jump to higher ledges, and eventually you use a throwing weapon called a bola to break through ice that blocks your forward progress. This simplicity isn't what makes Never Alone a poor game, for even within this familiar framework, occasional bugs and unresponsive controls frequently result in deadly falls into crevasses or freezing water. Movement feels slow and unwieldy, and for a game in which you spend your entire time running across ice, this makes sense. But the game also throws you into chase sequences or platforming puzzles that require precise timing which the controls simply do not allow.

On top of this, the blizzard at the centre of the story plays a role in the mechanics as well. In some levels, strong gusts of icy wind blow across the screen at seemingly random intervals, requiring you to hold a button to brace against the ground and avoid being blown backward. The problem here is that it's incredibly difficult to discern when a gust is about to blow. You frequently find yourself halfway through a jump, only for the blizzard to suddenly blow you backward to your death. Eventually, you find a slightly more readable pattern to the timing of the gusts, but discovery generally occurs as the blizzard itself stops, only to start up again later in the same level. Sure, the weather evokes how harsh the Alaskan wilderness can be, but it does so in a frustrating way. Toward the end of the game, you need to use the blizzard to boost your jump length in ways that require precise timing. So you have a seemingly randomised mechanic that requires intentional use, but only through sluggish controls that require a precision they are not capable of providing.

Never Alone has a genuine and honest desire for you to learn about these people, their way of life, and their methods of storytelling

That lack of precision is most evident in the companion character, an arctic fox. A second player can take control of the fox and work in tandem with the young girl to solve slightly more complicated platforming puzzles. Some later puzzles are less fiddly to solve with two people, but the game is still fully playable in singleplayer mode; a button is used to toggle control between the girl and the fox. The problem here is that, when the other character is not being controlled, an AI takes over and attempts to keep up with the other character by doing its own running and jumping--and the AI often falls to its death, or gets stuck.

The frustration is compounded by the fact that the fox can activate "spirit platforms" that only exist when it is close to them; if the fox moves away, the platforms fade out of view and cause characters who were once standing on them to fall. If the fox's movement is left up to the AI, it will routinely move away from these platforms while you, as the young girl, were still in the middle of climbing them. In the latter half of the game, the fox gains the ability to move these platforms around by grabbing and pulling them, but there's barely any visual feedback communicating when a grab is successful, or when certain platforms cannot be moved despite being identical to the ones that can.

I began my time with Never Alone thinking that it could be the kind of game I would recommend even to people who rarely play games, something to hold up alongside the likes of Journey, inspiring me to say, "Look! Here is what games can do!" By the game's conclusion, the opposite was true; frequent and infrequent players alike should avoid it, for no amount of narrative sincerity makes up for this exercise in mechanical frustration. 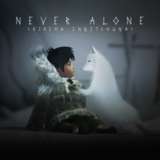 Being Australian, Daniel has no idea what snow looks like, but after completing the game in just over four hours in a mixture of singleplayer and co-op, and watching all the Cultural Insights vignettes, he has a sudden desire to travel somewhere far north. 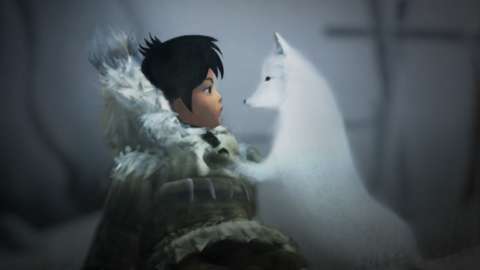