Need for Speed Underground is very good. But with just a bit more variety to its tracks and a slightly better career mode, it definitely could have been much better.

It's hard to talk about an import car racing game without mentioning the movie The Fast and the Furious. The movie put as much of a spotlight on tricked-out cars as it did on its cast, and the resulting effect caused a huge surge of interest in the import racing scene. In the wake of the film, a number of other properties have risen up to try to claim a piece of the lucrative scene as its own. Need for Speed Underground is EA's attempt to get involved, and it's mostly a success.

A driving game is only as good as its handling and physics model. In this respect, Need for Speed Underground does a pretty great job. It's definitely been designed with accessibility in mind rather than focusing on Gran Turismo-like simulation aspects. As a result, the game is quite easy to pick up and play, though some portions require a little more finesse than others. Driving with finesse earns you style points in a system similar to the one found in the Project Gotham Racing series, though this one is much more lenient and awards points for the simple acts of powersliding, drafting, and catching air. Style points accumulate regardless of the mode you're playing in, and you can unlock rewards each time the style points meter is filled.

Need for Speed Underground contains a decent-sized car roster. Right off the bat you'll find a Honda Civic, which is one of the more popular rides in the scene. But the inventory doesn't stop there. You'll also find a VW Golf, Acura Integra, Toyota Supra, S2000, Ford Focus, Dodge Neon, Mazda Miata, and a few more. Though the different cars are rated in handling, acceleration, and top speed, in practice the cars don't drive all that differently, especially once you've purchased some upgrades in the career mode.

The import racing scene is heavy on modifying cars with aftermarket parts, and Need for Speed Underground duplicates this aspect pretty well. The car upgrades are broken down into visual and performance upgrades. Performance upgrades come in multiple levels and must be unlocked before you can purchase them. These upgrades include turbocharge, better engines, weight reduction, enhanced braking, computer-chip tuning, nitrous oxide boosts, and so on. The game contains a lot of actual aftermarket brands for its parts, so when you purchase an upgrade, you'll have limited control over which brands you're buying, but the brand makes no difference--all the brand packages perform equally well.

The visual upgrades also have a positive effect on your car. Purchasing spoilers, body kits, replacement hoods, neons, headlights, taillights, or window tinting for your car, or making other major changes to your car's appearance, increases your reputation rating. As your rating gets higher, the multiplier bonus you get on your style points increases, which lets you unlock other rewards more quickly.

The main reward you get for your style point total is access to vinyl stickers for your car. They start out simple, such as racing stripes and designs, but you can eventually put brand stickers from many different aftermarket part and stereo makers all over your car.

The tracks in Need for Speed Underground are well designed, but even though there are well over 20 different tracks in the game, they get pretty repetitive. The game uses the old Ridge Racer trick of opening up or closing certain pathways to reconfigure certain sections of a track while using the same sections over and over again. Because of this, you really have to pay attention to your map as you drive to make sure you're prepared to take the right path. The game offers what appears to be a large city, but going off the track will simply reset your car back onto the proper street.

Need for Speed Underground contains a good variety of different races that help keep the action varied, though a lack of unique tracks keeps most races from feeling different from one another. Circuit racing, standard one-shot runs, and knockout-style circuits are all included, and all offer slightly different takes on the plain old race, and drag racing and drift racing change things up nicely.

While the initial thought of drag racing--racing in a straight line--may sound pretty boring, the gameplay is quite different here. The steering gets reduced to slot-car-like lane-change control, and your main focus is on shifting properly. A clear RPM meter is displayed on the left side of the screen, and indicators instruct you when to shift. The early drag races are simple, clear races. But the later tracks throw traffic and other obstacles in the mix, forcing you to worry about lane position as much as you worry about shifting.

Drift racing puts you alone on a short, wide track. Time means nothing here. Instead, you'll be graded on how well you can powerslide around turns. Proper use of the emergency brake is key here, though learning how to drift properly isn't very difficult at all. It isn't as exciting as the drag racing, but it makes for a nice change of pace.

The career mode is called "go underground," and it lets you engage in all of the game's race types in its 111 races. Since the game certainly doesn't contain 111 different track layouts, you'll be spending a ton of time racing the same stretches of road, forward and backward. This can make the mode a little tedious, but this is the only way to make money to spend on car upgrades. Each race comes in three different difficulty settings, and you'll earn different amounts of money depending on which difficulty you select. Being able to select this from race to race is nice, because it lets you make the difficult races easier, ensuring that you progress pretty steadily. That said, the game isn't terribly challenging on its normal setting, so anyone with a shred of driving game skill will probably want to select the hard setting, as it manages to put up a decent challenge most of the time.

Go underground also gives you a few cutscenes, which are meant to give some meaning to your progression by having a pretty bad-looking polygonal woman tell you about your performance, but these are chock-full of really lame, fake attitude and come across as incredibly hokey.

The console versions of Need for Speed Underground allow you to get into two-player races via a split-screen, which works reasonably well. The PC and PlayStation 2 versions of the game have online play, which includes head-to-head challenges as well as four-player races. Online rankings are a factor of your reputation, which increases and decreases as you win and lose races. If you don't feel like putting your good name on the line, you can also drive in unranked races.

Need for Speed Underground's coolest aspect is probably its graphics. The console versions of the game make use of a pretty dramatic motion-blur effect that gives the streets a grimy, realistic look. The blur also gives you a pretty good feeling of speed. The streets are almost constantly wet, giving them plenty of opportunity to show off their reflectiveness. The cars are also supershiny and reflective, though the reflection doesn't update often enough in the console versions of the game, which makes the reflections look a little choppy. The frame rate also tends to take a few dives in all the console versions, and this, combined with the constant motion blur, makes some parts of Need for Speed Underground look really surreal. The PC version of the game starts out with the motion blur disabled. You can enable it, of course, but it never gets as heavy--or as cool-looking--as in the console versions, and the PC version looks a little too clean as a result. The car models all look pretty accurate, and the additional body kits, spoilers, rims, and other visual add-ons look good. Overall, each version of Need for Speed Underground looks great, though the Xbox version is definitely the best looking of the bunch by making good use of the motion-blur effects while still running at a mostly smooth frame rate.

The sounds of racing are well done in Need for Speed Underground. Tire squeals, engine noises, and exhaust notes all come across properly and about as realistically as you'd expect. You'll also notice some great but subtle things, such as the sounds of a turbocharged motor versus a standard motor. There is a lengthy soundtrack with songs from artists such as Nate Dogg, Lil' Jon and the Eastside Boys, Petey Pablo, Rob Zombie, and The Crystal Method. The Xbox version lacks custom soundtrack support, which is disappointing, but the soundtrack definitely fits the theme of the game and has a decent amount of variety.

Need for Speed Underground is very good. With just a bit more variety to its tracks and a slightly better career mode, it definitely could have been much better, but it has great graphics, solid sound, and the sort of easy learning curve that makes it a driving game that anyone can excel at. Import racing fans will also get an additional kick out of the car customization aspect, which is more faithful than in other games that have attempted to mimic the same style of street racing. Race fans should definitely check out Need for Speed Underground. 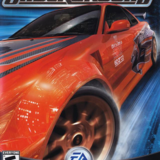 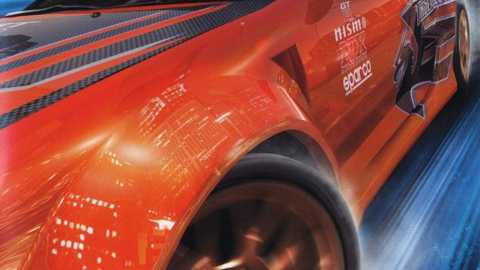