Need for Speed Most Wanted Review

Need for Speed Most Wanted is a great racing game that injects new life into the series thanks to its creative use of law enforcement.

EA's long-running Need for Speed series took a trip underground a couple of years back when the developer refocused the game solely on illegal street racing. While the nighttime racing series was certainly successful, the lawless world was always missing one key factor: cops. This year's installment crawls back into the daylight. The actual racing hasn't changed too much, but the ever-present police make this game a whole lot more interesting.

The game's career mode starts out with a hilarious bang. You take on the role of a nameless, faceless new racer attempting to hit the scene in the city of Rockport. An underground ranking known as the Blacklist governs who can race who, and when. You almost immediately run into a punk named Razor, who's definitely the sort of dude that lives his life a quarter-mile at a time. He's at the bottom of the list, but a few races later, he's sabotaged your ride and has won it from you in a race. Meanwhile, you're carted off to jail. Left with nothing but some mysterious help from a stranger named Mia, your task is to get back in the race game to work your way to the top of the Blacklist, which is now topped by Razor, who's using your old car to wipe out the competition.

The game actually has a great story hook at the beginning that makes you want to see the career mode through to completion. The early story segments are told through some sort of unholy mixture of computer-generated cars and full-motion video actors. The acting in these early segments is awful...awful good, that is. You'll scratch your head and wonder if these segments are intentionally bad and meant to be played for laughs or if they're just unintentionally funny. Either way, they're great. Unfortunately, after a brief prologue, you stop seeing video sequences, and the story is conveyed via voicemails from various characters. Are you a cop? Will you get to utter the magic street racing words, "Mia, I am a cop"? is the plot twist even more painfully obvious than that? You'll have to see the story through to find out where everyone's allegiances lie.

Working your way up the Blacklist is a multistep progress. Before you can challenge the next Blacklist racer, you have to satisfy a list of requirements. You'll have to win a set number of race events. And you'll have to reach a set number of pursuit milestones and earn enough bounty by riling up the police. The cops hate street racers and will give chase when they see you rolling around the open city. You can also just jump right into a pursuit from a menu, too.

Running from the cops is the best action the game has to offer. Chases usually start with just one car on your tail. But as you resist, you might find 20 cars giving chase, in addition to a chopper flying overhead. Losing the cops gets tougher as your heat level rises. Level one heat results in the appearance of just your standard squad cars. But by the time you get up to level five, you'll be dealing with roadblocks, spike strips, helicopters, and federal-driven Corvettes. A meter at the bottom of the screen indicates how close you are to losing the cops or getting busted. Stopping your car--or having it stopped for you by spike strips or getting completely boxed in by cops--is how you'll get busted. To actually get away, you'll need to get out of visual range...and stay there. The initial evasion changes the meter over to a cooldown meter. You'll have to lie low and wait for that meter to fill up to end the chase. This is probably the tensest part of the entire chase, since you never know when two cops might blow around the corner and spot you, starting the whole process over again. It all sort of works like some sort of strange, wonderful cross between Grand Theft Auto's open city and Metal Gear Solid's stealth mechanic. All the while, you'll be acquiring heat on your car. This means that you'll have to keep a couple of cars around, because acquiring heat on one car lowers the heat on your other ones. Also, getting busted too many times can result in your car getting impounded, though you can avoid that by resetting the system whenever you get caught (if that's more your speed).

There's also a lot of racing in Most Wanted's career mode--almost too much, in fact. You'll engage in multilap circuit races, point-A-to-point-B sprint races, drag racing, checkpoint-driven tollbooth races, and speed trap, where the winner is the player that accumulates the most speed while passing by a handful of radar cameras spread throughout the track. The races are solid but not spectacular. The artificial intelligence doesn't really help things along, because most of the game is rubber-banded like crazy. We actually set our controller down for 20 seconds--then picked it back up and caught our opponents on the final lap. And though the AI will occasionally crash and come to a complete halt, it'll catch up very, very quickly. Later on in the game, you get a voicemail message informing you that things are going to get tougher. At this point, the computer drivers magically start taking every single shortcut, and the rubber banding only seems to work against you. As a result, catching up after a mistake is much tougher. If this difficulty had gradually sloped up, it wouldn't be a big deal. But flipping the switch from "drive like crap" to "drive like a genius" is really annoying. Fortunately, the racing action itself is entertaining enough to keep you going, and of course, you'll be dying to find out what happens next in the story.

The game has more than 30 licensed cars that you'll be able to purchase or win from other racers. We started out with a pretty weak Chevy Cobalt, but eventually we picked up a much faster Supra, a new Covette C6, and so on. You can also find the Ford GT, a Ford Mustang GT, and other cars from BMW, Mitsubishi, Porsche, Lamborghini, Lotus, and more. You'll buy your first car, but as you move through the Blacklist, you'll get a shot at the pink slip of the other racer, letting you ease right into the driver's seat of a new, tuned vehicle. Buying them from scratch means you'll have to apply enhancements yourself. You can buy a lot of different performance gear and a ton of visual stuff, like body kits, spoilers, vinyls, and so on. Applying visual upgrades lowers your heat level, making them pretty useful once the cops take notice of your faster cars.

Aside from the career mode, there's also a challenge series that gives you a car and a specific goal. Race goals are fairly easy to understand, but the pursuit challenges ask you to achieve specific milestones, like blasting through five roadblocks or racking up a specific amount of property damage. You can also just dive into quick races, or on the Xbox, you can go online. The online game is focused strictly on racing, which is a little disappointing. Teaming up to avoid the cops or letting some players drive police cars probably would have been more interesting. Still, the game offers sprint, circuit, and drag races for up to four players, and it keeps an online version of the Blacklist going so you can see who the most dangerous online opponent is. On the game-creation side, you can play in ranked or unranked games, and you can specify a disconnection or "did not finish" percentage, letting you manually weed out jerks. You can also turn off collision detection between players if you want to prevent people from just crashing into one another throughout the entire race, but that's only possible in unranked games. All in all, the online is functional, but without any sort of pursuit mode or other police-tinged races, it's awfully standard.

Graphically, the game looks great, overall. But when you break it down, some parts of it look better than others. For the most part, the game does the large city environment quite well. The different parts of the city give a nice sense of variety, and the car models look sharp, especially when you start painting them with crazy triple-colored paint. The game delivers a pretty good sense of speed and moves at a pretty stable frame rate, but you'll notice a few minor drops here and there. Also, some of the effects are a little odd. When it starts raining, the screen blobs up a bit and waves around. You might think that you're going crazy until you realize that it's just the game's rain effect. Also, the game doesn't have much car damage at all. You'll see your rear window crack up after a few good wrecks, but there's never any real damage to your vehicle. The game looks roughly the same across the three console platforms, though the Xbox version has a cleaner look to it that puts it ahead of the other two. Control-wise, the Xbox's analog triggers feel like the best way to control this game.

On the sound side, the game has outstanding engine noises that change depending on which car you're in and which upgrades you have. The rest of the sound effects are also of excellent quality. The game uses quite a bit of voice acting in the story, which is good. But the best voices come from the police. When you're being chased, you'll pick up the police band and hear them communicating and cooperating as they try to take you down. The cop talk sounds awfully authentic, and you'll eventually decipher the police 10 codes and figure out when they're going to lay out spike strips, set up roadblocks, and so on. While the 10 codes used don't seem to be the actual ones the real police use (at least that's what a little basic research told us), they sound good enough to be realistic. The music included is the standard mix of rock and hip-hop you've come to expect from EA's games, including a few songs from Styles of Beyond.

While the actual racing in Need for Speed Most Wanted is probably the weak link in the chain, it's still solid enough to keep you interested as you move from racer to racer, working your way up the Blacklist as you go. But the real stars of the show are the police, who give the series a much-needed shot in the arm. If outrunning the law sounds like your idea of a good time, you'll have a great time here. 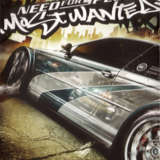 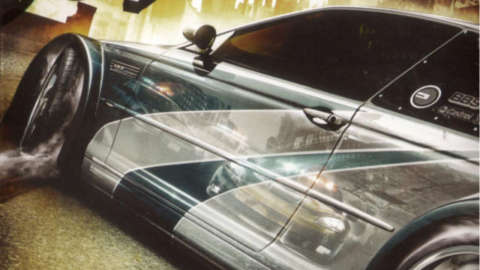 Need for Speed: Most Wanted

In Need for Speed Most Wanted, you can try to become the most notorious street racer alive. Outrun both racers and cops to increase your reputation and move up the street racing blacklist.

8.8
Sign In to rate Need for Speed: Most Wanted