I wish I was a baller.

When it comes to bringing back some competition to the basketball video game genre, EA took inspiration from non-sports genres to mold its progression and character customization systems with NBA Live 18. These outside influences--which are represented in the game's career mode called The One--help overshadow EA Sports' standard issue modes like Ultimate Team and Franchise. And with the long-overdue inclusion of the WNBA, NBA Live returns to the court from a one-year hiatus with a respectable game, even if it's not a complete package at the levels of EA's more stable sports franchises.

The One follows EA Sports' positive trend of featuring story-driven single player career modes. Although its premise of a derailed athlete making a comeback echoes this year's Madden campaign, don't expect a similarly heartfelt narrative and Telltale Games' inspired designs. The One is less about physical recuperation and more about the rebuilding of one's personal brand, based on how well you respond to trash talk and court challenges. It underscores how professional basketball culture has evolved with social media.

NBA Live 18 is the product of the times in more ways than one. While there is a specific path to greatness, The One is loaded with optional opportunities to build your cred and improve your skills beyond amassing wins throughout an NBA season like taking your talents to street courts. Picking a play style is akin to picking classes and subclasses in other genres. If you're interested in being a guard, for example, you'll have to decide if you're a playmaker like John Wall, a backcourt defender like Mike Conley, a slasher like Russell Westbrook, or a point shooter like Steph Curry. With a total of 11 subclasses to choose from, The One delivers considerable replay value. There are also customizable trait loadouts to further gamify your career. Equipping and unequipping powers like improved shot blocking or better stamina isn't authentic, but swapping and trying out different capabilities is nevertheless engaging.

Another riveting aspect of The One is how you're persistently evaluated with every ball touch, whether you're penalized for giving your assigned man an open look, or credited for a ferocious block. Even a missed layup turns out to be a positive if you showed effort by making an assertive drive to the hoop. While not new to basketball video games, this grading system motivates you to make every possession count.

Experience gained through wins and by building your reputation feeds into your character's growth. These points can be spent to make your baller well-rounded or specialized in one skill. It can be satisfying to max out the Dunk ability to help insure high percentage shots, even if it means other scoring talents don't get better until later. The One excels for the depth at which you can customize your player with the talents you wish you had in real life.

It's a journey enhanced by the fiction-building connective tissue found between games. Smartphone chats with best friends or your agent, and even impromptu interviews with reporters offer a simplified version of the life of a 21st century basketball player. Adding to this moderately immersive fiction is the tiresome exuberance of ESPN First Take's Stephen A. Smith and his more tolerable co-host Max Kellerman, who both comment on your career milestones in unskippable cinematics. The more insightful intermissions are the videos that remind you of American basketball culture that exists beyond the NBA, like introductory videos on Rucker Park in New York and The Drew League in Los Angeles.

The One, as its title implies, is a predominantly solo career but this mode does present online opportunities to team up with others in five versus five matches. Playing with other people is as unpredictable as it is enthralling but a bigger draw of multiplayer is its team-based scrimmages against CPU-controlled legends like Allen Iverson or Gary Payton. These side matches add variety to a campaign already stacked in diverse activities and prove worthwhile as another avenue to grow your character.

Yet out of all the ways EA Sports pays respect to basketball, the inclusion of WNBA players and teams stands out. While it was disappointing that these women don't get opportunities in the other modes or even online, it was satisfying to play as the LA Sparks' Nneka Ogwumike and Sue Bird of the Seattle Storm.

To some surprise, these new facets become the main draws of NBA Live 18, overshadowing the shallow Franchise mode and unremarkable Ultimate Team, both of which are serviceable but lack the engrossing richness of what you find in other EA Sports series. While you assume the role of a GM in Franchise, you lack the engaging power to negotiate complex contracts, customize players, or scout prospects before the draft. Ultimate Team is similarly simplistic, as the mode where you can experiment with dream teams online or against the CPU, but giving you little reason to come back after you've exhausted your wishlist of matchups.

Whatever your mode of choice, keep your highlight reel expectations low. While the faces of NBA starters are impressive and do their real life counterparts justice, animations fall short compared to what you find in NBA 2K18. Still, these visual shortcomings don't get in the way of the solid controls, which work well whether you're a team player or a ball hog.

You can go far against the AI by using the basic moves, but there's greater gratification found when mastering the more complex techniques, 12 control disciplines in all. Thanks to sufficient input responsiveness, you have the potential to dominate the low post as well as Dirk Nowitzki and handle the rock with flare on the level of Chris Paul. When you're on a court of ten players and opportunities to score come and go in fractions of a second, the last thing you want to worry about are limited ball movement options. NBA Live 18 arms the player at any position with the weapons hold your own against others online.

NBA Live 18 is a welcome return for EA's basketball series, but doesn't come close to matching the greatness of NBA 2K11 or 2K16. By contrast, the strengths of The One underscore the uninspired designs of Franchise and Ultimate Team. These mainstays are fine and functional, but feel dated when held up against their deeper counterparts in Madden and NHL. That's not to say this game is short on replayability. Between the WNBA matches and the position variety of The One, NBA Live 18 succeeds--albeit barely--as a viable alternative to NBA 2K18. 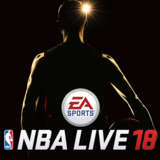 Miguel needed about 15 hours to make a name for himself in The One and spent and additional 10 hours evaluating NBA Live 18's other modes. Codes were provided by EA Sports for review purposes. 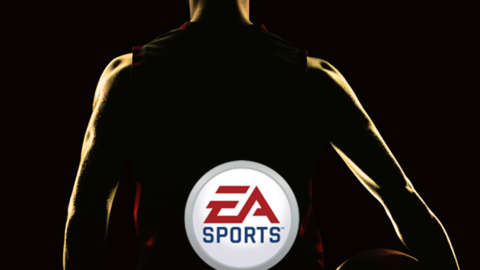 After some time away, the NBA Live series is set to make its return in 2017 with NBA Live 18.