Ball is life. Life is ball.

Every year, NBA 2K comes around to hype up basketball fans for the upcoming season and provide an avenue for living out dreams of dominating the court; this year’s iteration is no different in that regard. NBA 2K19 dishes out what you'd expect from the franchise: accessible yet deep core mechanics that often work just right and occasionally falter. Beyond that, there’s a full roster of ways to enjoy the sport thanks to a robust package of game modes. Unfortunately, microtransactions loom over everything, much like last year’s game, with a problematic system of virtual currency. Still, 2K19 remains an admirable representation of basketball itself.

NBA 2K19 is a basketball simulation at its heart. As with previous games, you're given nearly full control of footwork, ball handling, and defensive maneuvers with the Pro Stick scheme that puts both analog sticks to use. If there's a fundamental move in the sport of basketball, chances are you can pull it off in the game. Moreover, it's advantageous to understand when these fundamentals are most effective. For example, driving to the basket from the post with a quick quarter-circle on the right stick in the proper direction could help you blow by an inside defender; if a big stands in your way in the paint, knowing how to put up a floater gives you a better chance for a bucket than a simple layup. Pick-and-rolls and pick-and-pops are simple to draw up and an important tool for executing plays, but they don't guarantee success on every possession; the best players have to adapt to how the field develops.

Much of the game is in your hands, from game plan customization when controlling an entire team to execution on the court when assuming the role as an individual player. It induces a high skill ceiling, especially when playing competitively. Momentum is also manifested in the new Takeover mechanic; if a player catches fire, a few extra moves become available and slight stat boosts are applied for a short time, depending on the player's archetype/position.

While it's good to know that you have so much control considering the potential for challenge, it's disappointing when things break down. Of course, you should be punished for mistakes, like over-committing on defense while the opponent exploits an opening with a quick pivot or cut towards the basket. But frustration starts to settle in when there's a lack of responsiveness. Cutting across to lead the defender into a crowd is smart basketball, and if you're the defender, getting stuck on other players without controls appropriately responding to a change in direction highlights some inconsistencies and overall sluggishness in player movement. There are more hits than misses in how NBA 2K19 functions, but the times when it falls apart hold it back from true greatness.

Much of the game is in your hands, from game plan customization when controlling an entire team to execution on the court when assuming the role as an individual player. It induces a high skill ceiling, especially when playing competitively.

NBA 2K19 has the advantage of including top personalities from professional sports media; this includes renowned sideline reporter David Aldridge and the iconic voice of sportscaster Kevin Harlan. It's unfortunate, however, that while 2K has TNT's charismatic crew of knuckleheads from Inside The NBA--Kenny Smith, Shaquille O'Neal, and Ernie Johnson--their part in the game's presentation fails to capture what makes them great broadcasters (it's also missing Charles Barkley). Generally, commentary gets redundant even with specific anecdotes and callouts to players' history. The soundtrack curated by hip-hop artist Travis Scott includes a few of his own songs along with other artists/groups like SOB x RBE, Migos, P-Lo, and Toro y Moi make for a fun vibe throughout the game.

As for game modes, MyCareer takes the spotlight again, combining a personal narrative and an RPG-like progression system around a player you create. Not only do you have to choose your position wisely, but you'll pick out a primary and secondary skillset that carves out specific strengths for your player, much like character classes in an RPG. This new story, dubbed The Way Back, tries for a more heartfelt tone this time around. Your created player goes undrafted after college, and you have to prove yourself in China and in the NBA G-League--it's worth noting that the chapters in China feature authentic Mandarin dialogue and commentary. An old college teammate acts as a throughline, drama follows you everywhere, and betrayal is just around the corner. While it's more gripping than last year's journey at times, it often falls flat due to nonsensical story beats with superficial drama permeating pivotal moments. Despite this, the performances and voice acting from the likes of Haley Joel Osment and Anthony Mackie are top-notch and frequently strike a natural conversational tone; it's a good execution of a bad script. At the very least, it breathes life into your player, providing a backstory that's carried on throughout your time in MyCareer.

The story mode is just an appetizer in MyCareer, and if you want to get straight to the main course, you can skip cutscenes and simulate outcomes for games. After signing to an NBA team and getting a house to call your own, you're dropped into a slick MMO-like social hub known as The Neighborhood with random players online. From here you have access to several ways to build your player and ball up. Continuing the journey through the NBA will put you through full NBA seasons that sprinkle in a bit of personality by incorporating events from The Way Back--this includes sideline interviews and faux-taped conversations that look true-to-life. You'll work your way to the starting lineup over time after riding the bench for limited minutes on the floor, and it feels pretty good to see my player work up the ranks of the Lakers roster and drop dimes to LeBron James for clutch baskets in close games. Between each game, there are also team practices where you run drills to fine-tune your ability to execute in certain in-game situations, driving home that sense of being part of the team.

Building out your player's stats and rising up in overall rating is satisfying nonetheless, especially since you can't strictly buy your way to maxed-out stats.

Outside of becoming an NBA star, you'll use The Neighborhood to customize your player with sweet tattoos, new kicks, or fresh outfits at shops. More importantly, street ball in The Playground has random roaming players or squads matched up in 2-on-2 or 3-on-3 pick up games. These are a ton of fun with a grounded atmosphere that'll feel home to amateur ballers, but there aren't sensible matchmaking tools to help players join in a snappy way. You can hop into the Jordan Rec Center, which is just as enjoyable, to get matched up, but it can take a while to get going.

The MyCareer ecosystem all feeds into character progression, so you're constantly working towards something and earning rewards whether you spend time in the NBA season or grind away in street ball. But at the end of the day, virtual currency (VC) rules everything around NBA 2K19--VC is used to upgrade stats, buy cosmetics, and purchase boost cards that provide a temporary ratings bump. Despite a slight shift towards rewarding those who grind for VC compared to 2K18, the system still feels as if it prefers you engage in microtransactions and buy VC with real money. It's also a bit tasteless that players can wager VC in basketball matches in the lavish casino-like Ante-Up building that is bordering on gambling.

Building out your player's stats and rising up in overall rating is satisfying nonetheless, especially since you can't strictly buy your way to maxed-out stats. When the general experience bar (MyPoints Cap Breaker) fills up, you unlock the potential for higher ratings in certain skills. But you're required to spend VC to actually acquire those stats, as if VC were skill points.

For something a little different, MyGM offers a visual novel-esque story experience that picks up right where 2K18 left off. It takes your player model and puts them into the role of general manager to essentially build a team from scratch (ahem, or basically bring back the Sonics). MyGM can be a nice change of pace with some hilariously hammy moments and conversation options, but be prepared to read a lot of inane dialogue as none of it is voice acted. You'll make personnel decisions and manage the team's location, but it's less than glamorous with a few inconsequential playable scenarios on occasion.

For those who are into card collecting and building a fantasy team, the MyTeam mode is another avenue to play ball. Here, you start with a modest pool of players from a few card packs to create a lineup, then use them in challenges scenarios and games against NBA teams. You'll earn MT coins, a currency only earned by playing, which is used to purchase additional card packs. But because you can buy card packs with VC, a lot of the grind can be undercut. Aside from that, an extra layer of objectives are set to earn tokens which give you options to pick up NBA stars from the past. It's another significant time investment, but it's neat to make the most of what you're given under the mode's unusual circumstances.

It's impressive that the game of basketball has translated to controllers and screens in the way it has. If you want to immerse yourself in the sport and culture, NBA 2K19 has you covered with a breadth of content. But even that has its limitations after several years of iterations. Although those willing to grind for everything will eventually get rewarded, the system of VC still comes off as exploitative. But there's a lot of fun to be had in NBA 2K19 despite its flaws, especially if you have a strong love for the sport.

View Comments (57)
Back To Top
7
Good
About GameSpot Reviews 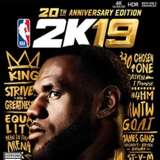 Michael's been breaking ankles on screen since NBA Live 95 back when he loved watching Gary Payton and the Sonics. He misses balling up at Skyline Park in his hometown of Southeast San Diego even though he always got crossed up. He's played past NBA 2K games to get hyped for each season, and spent 40 hours with NBA 2K19 to dig into MyCareer, MyTeam, MyGM, and Play Now matches. The game was provided by 2K Sports for review. 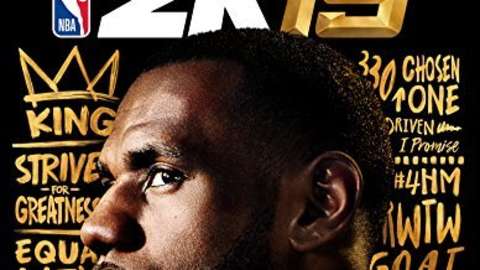