Muzzle Velocity tries to do a little bit of everything - and pretty much fails at everything.

I once asked a programmer who was working on his first product - a shareware game that was successful enough to be picked up and sold at retail - what the biggest pitfall facing first-time game developers was. Without hesitation he said, "Trying to do too much, holding on to a game and adding new features every day to try to make it better. You have to know when to stop adding and focus on making what you've got the best it can be."

That's some advice that Muzzle Velocity developers Digi For Fun should have heeded. Billed as "the first war/strategy game to incorporate realistic real-time 3-D action" by its publisher, CodeFusion, Muzzle Velocity tries to do a little bit of everything - and pretty much fails at everything.

Playing as the Germans, British, or Americans, your goals in Muzzle Velocity are straightforward: The game starts just after the D-Day invasion and you must win the war as the Allies, or postpone the inevitable as long as possible as the Germans. With over 100 unit types and 150 battles, the scope of the game is impressive. Also noteworthy are the weather effects, which change to reflect the dates the battles take place - a nice touch that adds more realism than you might think.

You can play individual scenarios for any of the three combatant forces, or start a career. In career mode you start as a corporal - a corporal who has the option to decide the deployment of every unit involved in an operation, that is! But don't get too heady: Once the battle starts, the only way to decide where a platoon goes is to take command and steer or lead them there yourself. This is the "real-time 3-D action" part of the game, and it's probably the best part of the whole affair. Once you get used to the insane layout of the keyboard commands - I would try to explain, but it'd be easier if you just downloaded the demo and gave it a whirl yourself - you can actually have some fun cruising around, blowing away enemy tanks and squashing infantry.

But the career mode has a big drawback: While you can only control one unit at a time in the first few battles, you're rated on how all the units on your side fared. It can be maddening trying to decide where you're needed the most, and, to make matters worse, the unit you're controlling stops moving whenever you exit to check the overhead map to get your bearings. You can control individual soldiers, which is also pretty cool - but they also stop moving when you check the map, as well as when you SIDESTEP!

Things are a little better when you play an individual scenario, simply because you choose the level of control you want to exercise. As general, you can issue commands to every single unit and then step into the fray - which is a lot more satisfying because you don't have to worry about what your other units might be doing, and it gives you freedom of action to wreak major mayhem among enemy forces.

But that's about all this game has going for it. The overhead map looks like a direct port from a Nintendo system - not an Ultra 64 or Super Nintendo, but the 8-bit Nintendo Entertainment System. Zoom levels are woefully inadequate, never giving you the opportunity to see the entire scope of the battle at one time. It's especially frustrating during deployment because the map is shrunk down considerably, forcing you to pile units on top of one another like sardines - plus you're totally clueless as to the enemy's disposition.

In the 3-D sections, the terrain graphics - touted as using "Voxel technology" - are the worst I've seen in a while: A sea of pixels undulates as you move across grass and dirt, with some areas looking more like a pile of colored cinder blocks than anything else. The frame rate is abysmal, even on a very fast system with plenty of RAM and a pretty kicking video card. Oh, lest I forget - there are no multiplayer options: nada, zilch, zero. In this day and age that's well-nigh inexcusable, especially when you're talking about a wargame.

But the real killer here is the manual - or the lack of one, I should say. To call the printed manual sparse is an understatement of the first magnitude, so you're forced to constantly call up the online help - replete with misspellings and inaccurate descriptions of game settings - on a regular basis. Whatever else you say about this game, it can be a pretty daunting experience for a wargaming newcomer; a printed manual should have been considered an essential component of the product.

I won't say I never enjoyed any part of Muzzle Velocity because the truth is that several times I actually began to get into the whole thing - but every time I did I was brought back to earth by either poor graphics, pitiful frame rate, confusing instructions, or the annoying British voice used regardless of what side you choose to play. If you're really into this stuff, you can download the demo and see if I'm wrong - but I'll bet you'll wind up saying I'm right. 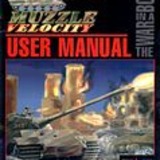 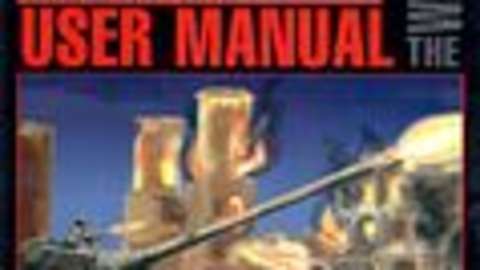 Muzzle Velocity tries to do a little bit of everything - and pretty much fails at everything.