On the wings of a raven.

In Norse mythology, Hugin and Munin were two ravens who served the god Odin as informants, flying over Midgard and reporting what they found. While Munin the game takes inspiration from that story, this tile-turning puzzle platformer uses its Nordic setting as window dressing more than anything else. The result is an OK puzzle game with some nice art and some neat twists on proven puzzle types, but it also feels like it squanders some potential with its theme.

The titular Munin has been stripped of her wings by Loki, forcing her to get around on two legs as she hunts down her precious feathers. As Munin, you can walk and jump around the environment, but without your wings, you are severely limited in where you can go. Each puzzle is separated into multiple tiles, with feathers scattered throughout that you must collect. To get around the level, you need to rotate tiles by clicking on them, creating paths and matching up parts of the environment to get to your destination.

Clicking on a tile might rotate just that one segment of the level, or it might turn multiple tiles at once, but the biggest catch is that you cannot rotate a tile (or a set of connected tiles) if you're standing on it. It can sometimes be hard to tell which tiles will be affected with each click of the mouse (tiles are only barely highlighted when hovered over with the cursor), but for the most part, manipulating the environment in this way is smooth and effective. Each tile is well designed so that it can match up well with neighboring tiles, and it is unlikely that you will ever find yourself in a position where you trap yourself with no way out (save a few glitchy moments that unfortunately marred my own experience with the game).

On its own, this formula would get stale fast, so thankfully Munin mixes things up regularly. The game's levels are separated into nine chapters, and each chapter focuses on a specific twist that you have to deal with (with the exception of the final chapter, which mixes them all together). One chapter, for example, involves water. The trick here is to turn the tiles in such a way as to make water flow to areas where you can swim through it to the feathers you need to collect. A later chapter has you using lasers to open paths and doorways, while another involves sliding gems into slots to activate platforms.

The variety in these different puzzle elements is welcome, but unfortunately, some are much more entertaining than others. Particularly disappointing are puzzle types in which you can be killed in an instant, forcing you to restart the level. The chapter focusing on lava is the worst offender in this regard, since the slightest touch from the substance kills you instantaneously. Because the lava spreads fast and its physics can be unpredictable, it feels like it's rushing you to move quickly, which in turn leads to more deadly mistakes. You might find yourself nearly finished with a puzzle, after spending a good 10 minutes or more solving it, only to turn the wrong tile for just a split second. Before you can react, you're dead, and you have to start over.

There's nothing inherently wrong with having an element of danger in a puzzle game, but the way it's implemented here is more frustrating than challenging. The game punishes trial and error, making tiny mistakes incredibly costly. Furthermore, while the game's movement controls are fine when you're moving slowly, they're neither quick nor precise enough to be satisfying when a puzzle requires strict timing or jumping ability.

For as frustrating as this makes some of the puzzles, however, there is a lot to like when Munin gets things right. Many slower-paced, more methodical puzzles are enjoyable to work through, and they're just difficult enough to be satisfying when solved. The game is at its best when it not only lets you take your time, but allows you to experiment without fear of losing progress. For these reasons, the chapters that involved matching sets of runes and redirecting beams of light ended up being the most enjoyable for me, though if there had been many more of them, the hook would have grown tiresome.

A lot of love for mythic poetry and prose is present in Munin's text, which is complemented by music and art that do a good job of evoking a sense of a Nordic world. Still, the gameplay is so far removed from the legends, and the story is so bare-bones, that the setting rarely feels meaningful. Thanks in large part to its more frustrating puzzles, Munin ends up feeling too long. It has its moments of brilliance, but ultimately it doesn't have the legs (or wings) to let it reach the heights of similar games in the genre. 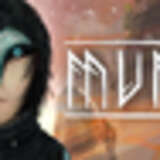 Britton Peele is a fan of both ancient mythology and puzzle games, but Munin wasn't the chocolate and peanut butter combo he was hoping for. He solved all of Munin's puzzles before writing this review. 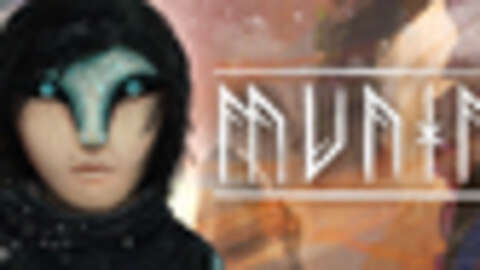