Over-the-top, bloody, and bursting with even more content, Mortal Kombat Komplete Edition on PC is far and away the best version of this excellent fighting game.

It's been a long time coming, but the PC version of Mortal Kombat is every bit the focused, gruesome, and ludicrously over-the-top fighter as its console counterparts, not to mention the best looking. It pushes the boundaries of taste to the extreme with eye-popping attacks that see you ripping your opponents in half, impaling them on spikes, and stamping on their chests while their internal organs bounce around like tetherballs. And, thanks to the inclusion of all the game's DLC to date, it's jammed full of great new content and challenges.

Most fighting games have some kind of narrative backing up the action, but few do more with it than bookend their arcade modes with a few cutscenes. Not so in Mortal Kombat's Story mode. Each fight you have is punctuated by in-engine cinematics, taking you on a journey that reboots the narrative from the first three Mortal Kombat games. The story picks up where Mortal Kombat: Armageddon left off, with Thunder God Raiden under attack from Shao Kahn, an evil emperor hell-bent on merging Outworld with Earth Realm--a process that threatens to end all life on the planet. It's all a bit cheesy, but the story fits well with Mortal Kombat's outlandish action.

That action makes a return to the single-plane 2D fighting that the series is known for, albeit with 3D models in place of digitised sprites. You're given the usual range of kicks, punches, and special moves to perform, as well as a combo system that lets juggle your opponents by knocking them into the air and following up with additional attacks. Pulling off such moves is tricky, but responsive controls and a simple control scheme mean that you're only ever a few hours practice away from an impressive combo.

If you're used to playing the likes of Super Street Fighter IV, though, then the feel of Mortal Kombat does take some getting used to, because the animation is less fluid. Moves don't string together as smoothly, so if you try to perform a combo that isn't in your character's repertoire, there's a delay between each attack, which feels jarring if you're not used to it. This doesn't make the game any less fun, though; it's just a different approach.

New to Mortal Kombat is a super meter, which gives you few more options during a fight. Most notable are devastating super combos called X-ray moves, which treat you to a slow-motion X-ray view of your opponent's bones and organs being crushed in an excessive display of blood and guts that even the most hardcore of sadists will appreciate. Skulls are smashed, spines are broken, and knives are thrust into eyeball sockets, all accompanied by flying shards of bones and chilling sound effects that crunch and splat just right.

On the surface, then, subtlety and sophistication aren't Mortal Kombat's strong points, but spend some time diving into the underlying mechanics and it soon becomes clear there's a lot of depth to its combat. For example, you can integrate X-Ray moves into your existing combos--nothing screams pro more than launching your opponents into the air, landing a combo, and then, while they're completely helpless, smashing their skull with your boot in glorious X-Ray vision. And while X-ray moves are powerful, they're not unstoppable; some can be blocked if they're not performed as part of a combo, and others can be dodged.

If you really want to impress--or give your opponent the ultimate middle finger at the end of a match--you can unleash one of the many Fatality finishing moves on offer. They're certainly not for faint-hearted, though: skin is ripped off opponents, their bodies are sliced into quarters, and they're turned into vapor with a barrage of explosive rockets. There are also stage fatalities that let you use the surrounding environment to kill opponents, such as by punching them into a pool of acid or dropping them onto a set of spikes and seeing their guts spill out. Yes, it's all very juvenile, but a hell of a lot of fun too.

Traditionally, these moves have been difficult to perform, requiring complicated input commands and precise placement. Mortal Kombat makes things easier with simplified commands, some of which are the same for different characters. There's also a useful fatality training mode that shows you exactly where to stand and displays the button commands onscreen along with an input display, so you can see any mistakes you're making.

A wide range of modes mean there are plenty of places for you to put your new moves to the test too, and make Mortal Kombat one of the most content-rich fighting games out there. There's the usual array of arcade-style tournaments and tag team modes--complete with a madly frustrating final battle against a cheap, spammy, and expletive inducing Shao Kahn--but a mode called Challenge Tower offers so much more. It acts as an extended tutorial, teaching you different strategies via a series of fun challenges and minigames like having to perform eight-hit combos, or fighting without the ability to block.

It's engrossing stuff, and it's easy to see the hours fly by as you practice each minigame to perfection. Still, like any fighting game, taking on other players provides much of the fun. Offline multiplayer offers up standard one-on-one versus modes, as well as a tag team Ladder mode for up to four people. Online, there are even more options to choose from, including a great mini-tournament called King Of The Hill, where 10 people compete in a mad, blood-filled dash to the top of the leaderboard.

Sadly, the online system could do with some tweaking when it comes to performance. While some matches work fine, others suffer from unplayable lag. There's also an issue with the matchmaking system, which sometimes takes an age to find a game. These problems don't happen often enough to be a total deal breaker, but when they do it's mighty frustrating.

Whether you fight online or offline, and in all but the offline versus mode, you're rewarded with coins for your victories. They are used to buy your way up the Challenge Tower if you're stuck on any particular challenge, or purchase new content in the Krypt, which is a virtual graveyard-cum-shopping-mall. There's so much to discover in the mall, that you can end up spending a lot of time in there. Items such as concept art, character costumes, and music tracks can all be unlocked, as well as more practical things such as new fatalities and Kombat Kodes, which unlock new game modes such as Headless Kombat and No Blood.

With all that content, an in-depth Story mode, and a wide range of modes to play through, Mortal Kombat Komplete Edition is one of the most complete fighting games around. It looks fantastic on PC too, and while there aren't a lot of graphical options to tweak, even those with less than cutting edge hardware will have no trouble running the game smoothly. The return of fatalities and the addition of X-ray moves mean fans who have craved the return of gore after the toned-down Mortal Kombat vs DC Universe will have plenty to keep them amused. Likewise, the return to 2D fighting and a substantially tweaked control system have made the game more accessible for newcomers, seriously fast, and lots of fun. Plus, no other fighting game lets you knee your opponents in the groin and proceed to tear their bodies in half. And really, isn't that what Mortal Kombat is all about? 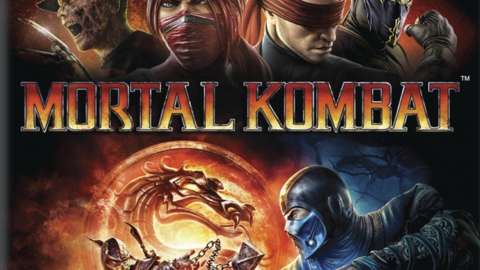 Mortal Kombat returns after a lengthy hiatus and puts players back into the Tournament for 2D fighting with gruesome combat and fatalities.