The umpteenth Mortal Kombat game bombards you with characters and modes but does little to bring the underlying one-on-one fighting action to the next level.

The goriest fighting game series around returns for another bout in Mortal Kombat: Armageddon, which is the first game in the series to let you create your own character as well as your own finishing moves. However, these good-in-theory ideas aren't executed particularly well, and the game's huge assortment of playable characters--including fighters from every previous MK installment--isn't as exciting as it should be. Like the last couple of MK installments, this one throws together a bunch of different, loosely related features. But the sheer volume of different content in this game still can't cover up that the underlying one-on-one combat system hasn't aged all that gracefully.

It's been two years since the last major MK title, which added online play and several goofy gameplay modes to the mix. The new game tosses out MK: Deception's gimmicky "puzzle kombat" and "chess kombat" modes, instead replacing them with an equally gimmicky and initially charming minigame, a kart racer called (what else?) "motor kombat." The previous game's "konquest" mode returns only in name and concept, as this single-player action adventure mode is much, much better than the disappointing version in Deception. The konquest mode in Armageddon features gameplay similar to Mortal Kombat: Shaolin Monks, so it lets you take on groups of bad guys and run past some deadly traps from a third-person perspective, in addition to some standard MK battles, all wrapped up in a convoluted storyline. You'll be unlocking things like alternate outfits for characters and new battle arenas throughout this mode, and you'll also earn a ton of money that can be used to unlock most everything else in the "krypt." Of course, you can still just fight, by competing in a standard, progressively tougher series of one-on-one matches against the computer or playing against someone else locally or online.

Strangely enough, the konquest mode, which was such a low point of MK: Deception, is one of the relative strengths of MK: Armageddon. The story focuses on a character named Taven and winds up being an unfocused mishmash, but it packs in a lot of action and throws so many unlockables at you around every corner that it winds up being fun. It spans a good six hours or so and doesn't bog you down in tutorials like Deception's konquest mode did. Even still, it's hardly a sufficient reason on its own to take the plunge on this latest MK.

With all of these other features available, you might wonder if the actual fighting in MK: Armageddon is an afterthought. Then you take one look at the character-select screen, which is practically bursting at the seams with about five dozen different fighters, and you'll think twice. It's like a huge Mortal Kombat reunion. You've got all the classics like Sub-Zero, Scorpion, and Johnny Cage on the list; second-gen favorites like Jax, Kung Lao, and Baraka; some very obscure characters like just about everyone from MK4; the series' bosses like Goro, Shao Kahn, and Motaro; and more.

Unfortunately, a lot of raw excitement at this huge selection of characters goes away as you realize many of these characters have little to distinguish them from the rest. In the last MK game, each fighter had three different fighting styles you could freely switch between in battle, but now most everyone's down to just two--a hand-to-hand style and a weapon-based style. This change isn't necessarily for the worse, as the prospect of having to memorize moves and combos for so many different characters would be daunting for any fighting-game fan. However, the basic moves and tactics don't differ much from one fighter to the next, and special moves include your basic assortment of projectiles and powered-up punches and kicks. But all this has always been true of Mortal Kombat's gameplay. So what is it about the fighters that makes them all seem the same? It's the game's new "kreate-a-fatality" system.

MK characters have never been known for their personalities; it's been their unique finishing moves that really helped set them apart. But now, every fighter gets to string together the same types of fatalities, involving limb ripping, heart pulling, head crushing, and so forth. It's definitely amusing at first, as well as a lot easier to figure out than fatalities were in previous installments. But it gets old, and it can take too long. Some moves let you keep spinning the opponent around and around, dragging the fatality process on for much longer than the shocking-but-brief moves that made the series famous. This fatality system could have been a good alternative to having signature moves for each character, but as a replacement for unique, character-specific fatalities, it's a letdown. At least there are brief, character-specific spoken endings to make it worth bothering to play through as any of the fighters you like.

The fighting engine itself is showing some serious signs of aging, as well. It doesn't nearly offer the same fast-paced, fluid feel that's common to other fighting games these days, and it instead focuses on "dialing in" canned combos to deal damage to an opponent who leaves himself open. There's a new parrying system and air combo system, but they don't help the gameplay's awkward look or its counterintuitive feel. This MK is still recycling a lot of the same graphics and animations from 2002's Mortal Kombat: Deadly Alliance, so even when you're running the game on a wide-screen progressive-scan display, the action doesn't always looks flattering. There are a good number of amusing or painful-looking animations, as well as awkward-looking moves that cause the same old blood to start spraying. The game looks virtually the same and runs just as smoothly on the PlayStation 2 and Xbox, though the Xbox version is a little cleaner. As in the last MK, some of the stages add some complexity to the action since they include deathtraps that can instantly end a round, but most of the novelty of this is gone, too. At least the game's audio has held up better than the visuals. There's not much voice work, but the full-contact hits and the gloomy music still sound good.

As for the kreate-a-fighter mode, you get a lot more control over how your character looks than over how he or she plays. You can assign different punches, kicks, and special moves, but ultimately you're still stuck picking and choosing from a list of prefab fighting techniques. Maybe that's to be expected, but without a particularly impressive fighting system to look forward to, the prospect of creating your own fighter isn't all that compelling...especially when there are already so many fighters to choose from.

If you want to take your business online, you can play both the standard one-on-one kombat mode as well as eight-player motor kombat. For the fighting mode, you can choose whether or not to allow custom fighters online, though pitting your created fighter against those of other players will likely help keep things interesting for longer. Besides, the balance among the 60-or-so stock characters in the game is already pretty suspect--konquest mode stars Shujinko and Taven stand out as having fast moves for every situation, for example. During our online testing, we experienced responsive and lag-free gameplay on the Xbox, while performance on the PS2 was a little spottier and the player-matching process isn't as streamlined, but your mileage may vary. Speaking of which, don't expect much lasting value from motor kombat. Aside from the concept's inherent appeal, this is a simplistic kart racing game that isn't as fun or interesting as the average game of the sort, and online performance seemed laggier than the fighting portion.

Despite the smorgasbord of different features, Mortal Kombat: Armageddon falls short of being a highly satisfying new entry in a long-running series that's decidedly had its ups and downs. Some older Mortal Kombat games, like MK Trilogy, have attempted a quantity-over-quality approach that might have seemed exciting to MK fans at first but winded up leaving many of them cold. On the other hand, sequels like MK II, MK3, and MK: Deadly Alliance substantially revised the characters and gameplay and were a lot more satisfying as a result. MK: Armageddon presumably will be the last time we get a Mortal Kombat game on the PS2 and Xbox, but if nothing else, you can tell there are still a lot of good ideas brewing in here. So with any luck, the series is far from finished. 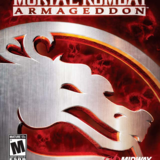 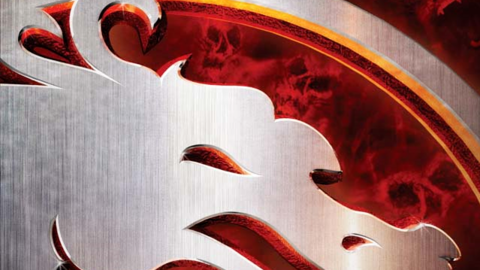 Mortal Kombat: Armageddon features more than 60 playable characters spanning MK's history of games, plus a new Create a Kombatant system for making your own fighter.