The Mortal Kombat series is one of the premier gaming series around today. The series, which until now utilized digitized actors to give the game an extra layer of realism, has been the topic of comic books, movies, action figures, and even Senate hearings. The fourth time around the game has gone polygonal, giving the developers much more leeway when it comes to adding new moves, holds, and characters. Also, weapons have been added into the mix, with each character possessing a different sword, club, or staff to beat his enemies with.

The storyline of MK4 picks up the loose ends left behind by both MK3 and MK Mythologies: Sub-Zero. With Shao Kahn defeated, Shinnok picks up the slack as the main bad guy. However, he is also a selectable character, which left arcade players with no big boss to look forward to. To remedy that, the home version contains MK1's four-armed bad boy, Goro. Goro looks terrific in 3D, moves very fluidly, and has all the great moves he had in MK1, as well as a few additional ones. He isn't selectable from the start, but he'll be available via a code. Returning characters include Scorpion, Sub-Zero, Liu Kang, Johnny Cage, Sonya, and Raiden. Most of the old characters maintain their old moves and add a new one here and there. The new characters fit very well into the MK universe, a welcome change from most fighting game sequels.

The graphics of the PlayStation version aren't as good as the arcade version. That's pretty much a given. But they still look decent, make great use of light sourcing, and run at a very high speed. There are a few moments where the frame rate dips, but not enough to cause a problem with the gameplay. Also, the graphics aren't as good as the N64 version, which has smoother-looking characters. The music sounds very nice, and the game has all the speech from the arcade, except for the character names that are usually said when Shinnok does his impersonation moves. This causes a slight change in the gameplay since you won't know who Shinnok is impersonating until he does a special move. The intro and endings, which were done with the game engine on the N64 and in the arcade, have been completely redone and beautifully rendered. Most of them look really cool, although there are a few spots that could have used a little more work.The gameplay is very close to the arcade. Some of the fatalities in the game are much harder to do on a pad, as they require you to hit multiple buttons at the same time. The combo system has been greatly simplified. Each character can start a combo the same way, and some of the more damaging moves in the previous games (the uppercut, for instance) have been weakened. The introduction of weapons seems silly at first, but once you've played for a while and gotten used to using them, they really do add a new dimension to the game. Each character has two fatalities, and there are two stage fatalities. The fatalities look nice, but too many of them are merely 3D updates to old fatalities, and the new fatalities in MK4 simply aren't that great. It would have been nice to see some more innovation here. A few modes have been added to the game, including a practice mode, which shows all the characters' moves and fatalities. There are also three types of endurance fights, a team battle mode, and a tournament mode. A theater mode allows you to look at all the endings you've unlocked in arcade mode.

If you haven't liked any of the previous MK titles, MK4 probably won't win you over. But this is a good translation of a good arcade title, and fans of the arcade version won't be disappointed. However, if you're looking for some smoother graphics, and you own an N64, you may want to pick up that version instead. 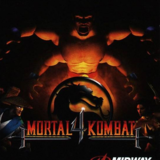 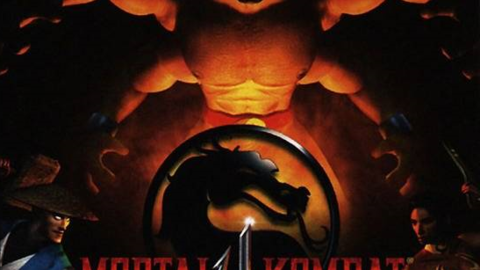