One of Nintendo's more enduring creations from the past decade are "Miis"--cartoony, user-created avatars that have since appeared in numerous titles across Nintendo platforms. Nintendo has expanded upon these avatars through games like the 3DS StreetPass titles and Tomodachi Life, which saw players put Miis in a variety of comedic relationships and situations.

With Miitopia, Nintendo aims to further evolve the concept of a Mii-focused game--a role-playing adventure in world populated with Miis of all kinds. Sadly, however, Miitopia is far from the virtual paradise its title might suggest.

In the colorful world of Miitopia, sinister happenings are afoot. The Dark Lord has been stealing the faces of the world's populace and placing the visages on its horde of minions. This wave of terror has left many eyeless, mouthless, noseless Mii-people in its wake. A mysterious traveler--played either by your personal Mii or another Mii living on your 3DS that you select--stumbles into a city during one of the Dark Lord's attacks and is called upon by a higher power to put a stop to the face-taking madness.

It's a pretty silly story, but that's the point. Miitopia isn't supposed to be a "serious" RPG, but rather a goofy adventure you plop your Miis into. Your party members--as well as the roles of major non-player characters--consist of Miis you make, download, or add to the game via QR codes. Want to make the Dark Lord look like your boss at work, fill up your party with your coworkers, and create a Dwayne "The Rock" Johnson lookalike to play the part of a helpful sage? Or create a love triangle between Princess Bubblegum, Bobby Hill, and Peter Griffin? You can do all that--and more.

Making a fantasy world filled with Miis is a cute idea inspired by Tomodachi Life, but another concept that carries over from that game is inter-character relationships. As your party members hang out together at inns, travel to new locations, and fight at each others' side, little events occur that will raise and lower their affinity for each other.

These events are often depicted with funny cinematics and dialogue as characters talk, argue, train, and help each other out in combat. The randomness and goofiness of these scenes is part of Miitopia's appeal: It's fun watching the Miis you've put into the game gradually become weird BFFs (and maybe more).

Unfortunately, once the novelty wears off and you look beyond the basic "putting Miis in a silly fantasy world" concept, Miitopia starts to lose its luster. The role-playing adventure behind this silliness is an incredibly basic affair that quickly grows tiresome. It initially shows some promise: As your party-member Miis come into the world, you assign them various jobs for combat (with some unlocking later in the game). Some are based on typical fantasy archetypes, such as Warrior, Cleric, and Thief. However, the game also offers more out-there classes like Pop Star, Chef, and Cat. You also assign characters a personality type, such as Cool, Stubborn, or Airheaded, that can affect the way they take actions and guard against attacks: A Cool character might dodge enemy attacks more frequently, while a Stubborn one can sometimes take extra turns.

Unfortunately, aside from your main character, all your comrades are controlled by AI and act according to their own whims.

Mixing a job, a personality type, and a Mii of your choosing sounds like it has potential for some really fun implementations in turn-based combat. Unfortunately, aside from your main character, all your comrades are controlled by AI and act according to their own whims--and the status of their current inter-character relationships. It's frustrating watching them waste MP and items when you know that you could do a better job fighting if only you had control over them.

However, you can do a little bit more than just watch your three allies fight. You can pull party members aside to give them HP- and MP-restoring "sprinkles" or put them in a "safe spot" to recover from status ailments, but the lack of full party control or even limited AI guidance makes you feel like a passive observer rather than a leader.

Another big stumbling point is Miitopia's exploration--or, rather, the lack thereof. When you enter dungeons and other dangerous areas, your party of Miis moves automatically through a linear area, stopping only for enemy encounters, treasure, brief character skits, and the occasional fork in the road--which is the only time you actively guide the characters during these scenes. It's supposed to be cute watching the Miis banter while stumbling through forests, caves, and mountains, but once you've seen your mage talk about how they love dogs for the 50th time, you'll wish the game's fast-forward feature were even speedier.

At the end of every quest area is an i nn where you can have characters board together, play (notably slow) minigames, spend money to buy new gear, and eat stat-boosting food. Shopping in Miitopia works very differently than in other games: If you see that a character wants to buy something, you give them money, send them out, and hope they actually buy the gear they said they would instead of getting distracted and coming back with bananas.

The fun of seeing Miis you put in various roles do goofy things wears thin after just a few hours.

Feeding your party is a neat little idea, though: By giving your characters food at the inn, they'll earn bonus stats. Giving them food they really like will boost their stats much more, while food they dislike or hate has a much weaker effect. It's a neat concept, but it's again hamstrung by the game's tendency toward randomness. You don't know if a character likes or dislikes a particular food until they're eaten it at least once, and there's a fair bit of frustration in procuring a rare, potent, stat-enhancing meal--only to find that the character who needs it most absolutely hates it.

Ultimately, lack of player input and randomness makes Miitopia feel like a slow slog you mostly watch rather than play. It's certainly cute, and it boasts the typically high production values you expect from Nintendo in terms of visuals, music, and dialogue. However, the fun of seeing Miis you put in various roles do goofy things wears thin after just a few hours, and while the game can reignite a bit of that initial joy when you add new Miis to the game at certain milestones, you still have to trudge through a lot of repetition to get there. If you're looking for a deep, engrossing game filled with Miis of your making, I'm sorry to say that adventure is in another castle. 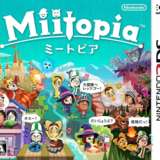 Heidi, thanks to the power of auto-battle and a fast-forward mode, breezed through Miitopia. GameSpot was provided with a complimentary copy of the game for the purpose of this review. 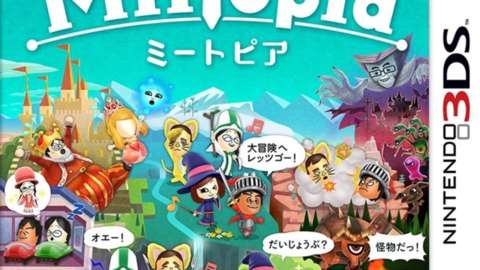