If you're into classic arcade games, and you haven't already picked up this exact collection for the PlayStation or PC, this isn't a bad way to go.

Well, Midway's finally gone and done it. This collection of classic arcade games has finally made it to just about every viable platform out there - the PC, the PlayStation, heck, even the Game Boy got a few of these classics. Now it's the Dreamcast's turn to receive a little retrogaming goodness, and while the games play about as well as they did in arcades, the difference in resolution between arcade monitors and television screens results in some muddy visuals.

The collection contains some real classics. Defender is here, complete with its overly difficult (well, when you were eight or nine years old, anyway) thrust and reverse controls, though you can cheat and use the D-pad to travel left or right at will. The same goes for Defender's sequel, Stargate, which is called Defender II in the collection, presumably to clear up some sort of copyright squabble. Robotron 2084 uses the DC's four front buttons as the right control stick, which works incredibly well. Joust seems a little more difficult than the arcade original, mostly because it's harder to pound the Dreamcast's A button to stay aloft than it is to jam on the arcade's nice, large flap button. Bubbles, while probably the least recognizable of the bunch, is an excellent conversion that controls surprisingly well with the D-pad. Sinistar rounds out the package, making great use of the DC's analog stick to emulate the arcade original's 49-way joystick.

The games, while emulated, look a little strange at times. The color cycling of Robotron's high-score screen looks really odd and overly noisy, almost as if there were a flaw in your TV connection. The difference in resolution between the original arcade machines and your TV also comes into play, making everything look a little blurry. Sinistar is the worst offender here, as its vertical display has to be shrunk down ever further. Sinistar is also the only game that isn't up to par with its original version in the sound department. Sinistar's speech used to be conveyed via loud, booming samples that could scare you out of your shoes. Here, Sinistar's voice samples are played way too quietly, and you'll have to turn up the volume pretty high just to make out what he's saying.

If you're into classic arcade games, and you haven't already picked up this exact collection for the PlayStation or PC, this isn't a bad way to go. But in the end, the emulation technology on display here can't compete with the real thing. 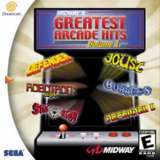 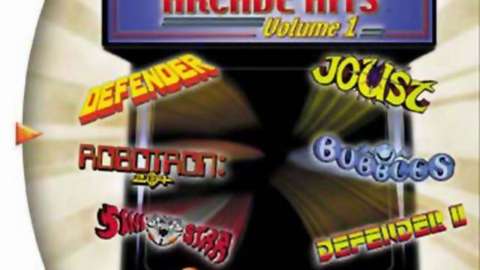 If you're into classic arcade games, and you haven't already picked up this exact collection for the PlayStation or PC, this isn't a bad way to go.