Chaos in the capital.

From Software wasn't always the renowned developer it is today, but by and large it still produced interesting, worthwhile games in the early PlayStation and Xbox days. The studio's rich history is absolutely worth exploring, and once you start down that rabbit hole, 2004's Metal Wolf Chaos is sure to catch your eye. A game starring the fictional President of the United States is an intriguing setup. The fact that he pilots a mech stuffed to the gills with an arsenal of giant weapons is a near-irresistible premise. Metal Wolf Chaos is one big schlocky joke at the US' expense delivered in the form of an action game, and because there aren't many nations or cultures that are fit to be mocked with such gusto, it feels like a rare opportunity that warrants investigation.

Perhaps for obvious reasons, Metal Wolf Chaos never completed its planned journey westward back when Bush was in office and the US-led wars in Iraq and Afghanistan put us on more international shitlists than usual. Fifteen years later, amid very different (though arguably worse) political and cultural climates, From Software's tongue-in-cheek parody of US stereotypes is finally open to widespread interpretation. There are aspects of its bombastic campaign that coincidentally bring to mind the worst of our current predicament, but the Metal Wolf President Michael Wilson, his secretary Jody, and the main villain, Vice President Richard Hawk, never let you forget that this is first and foremost a series of surface-level jokes played up with B-grade voice acting.

"Jody: Mr. President, I haven't been this happy since...Since that supermarket going-out-of-business sale, when I was searching for my favorite candy and...I found the last bar all covered in dust at the back of the rack! And the expiration date was still good!

Once you dive into missions, any goodwill earned by these ludicrous exchanges--in the face of a coup d'etat--eventually fades. The Metal Wolf mech is a bullet-belching powerhouse that carries four weapons on each side (from a wide range of pistols, bazookas, flamethrowers, you name it), and cycling through its arsenal quickly becomes second nature as you need to contend with limited ammo and a small variety of enemy types. Wreaking havok and causing massive explosions is gratifying for a while, and the only argument for actually playing the game versus watching a recap of the cutscenes online.

Otherwise, the missions you face are largely rote and devoid of merit. Optional tasks like rescuing hostages--by destroying cages with small-arms fire--and poking around levels for unlockable weapons aren't much of a draw either. Perhaps they would be for a completionist looking for an excuse to get more out of the experience, but the net gain from these activities never makes them feel essential or worth deviating from your path of destruction. The variety of locales and scenery is appreciated and does help renew some curiosity, but the look of a stage only takes you so far, and a new map layout doesn't mean a whole lot without clever moments to make it shine.

Some stages try harder than others, but seemingly without the intended results. Heading into the mission based in Arizona puts you in the middle of a dense Old West town with streets just big enough for some happy-go-lucky mech action. It's also one of the few missions that puts you toe-to-toe with another mech--three at once, in this case. Doing battle in the confined corridors is more interesting than fighting out in the open (as experienced in other missions), but it also means that you can find ways to trick the shallow AI into getting stuck on the corner of a building. It's easy pickings at that point as you fire away on your hapless foes. It's neither challenging nor enjoyable, perfectly illustrating the fact that gunplay and explosions alone can't resolve Metal Wolf Chaos' consistently mediocre designs.

A lot of time has passed since the original release, and there's reason to expect that certain aspects could have been ironed out in preparation for Metal Wolf's formal reintroduction. That's not to say the entire game should have been reconsidered, but there's definitely room for less-intense changes that could make a major impact, such as adding mid-level checkpoints. Simple as they are, Metal Wolf's levels can be very long and drawn-out, coming close to the 15-minute mark in many cases. So often there are either surprise difficulty spikes or threats of instant death, and if you fail to survive because of a momentary lapse of judgment, you will have to play the entire level from the beginning. Fall off a dock mere meters from the shore? You're dead. Accidentally cause collateral damage at the wrong time? You're back at square one. When death can come in a flash, to have to go back to the beginning of a long level that's achingly routine feels like a great excuse to put the controller down and walk away.

Metal Wolf Chaos is an old game with a wild reputation, and though it lives up to it in some ways, it's not good in general. At best, it's a curio that helps inform the story of From Software's trajectory over the years. At worst, it's a frustratingly shallow experience that fails to capitalize on it's best qualities. The From Software of yore deserves applause for punching up so confidently, and in style, to a degree, but Metal Wolf Chaos doesn't live up to the hype that's been building for well over a decade.

View Comments (54)
Back To Top
4
Poor
About GameSpot Reviews 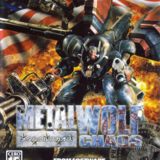 Despite wanting to for years, Peter never played the original Metal Wolf Chaos on Xbox. He completed the game on PS4 in roughly nine hours, and spent an additional hour testing the PC version. Complimentary review codes were provided by Devolver Digital. 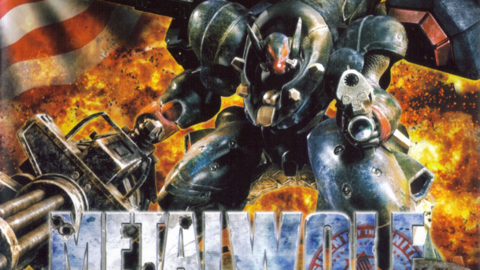 In this unusual giant robot action game, the president of the United States dons powerful battle armor to defend his country against invading forces.