By scaling back the difficulty a smidge and coloring up the presentation, Mercury Meltdown provides an even better puzzle game experience than its predecessor.

Not long after the PSP was launched, a quirky, offbeat puzzler by the name of Mercury came out. The premise wasn't too far off the path beaten from games like Marble Madness and Super Monkey Ball, but because the usual ball was replaced with a blob of gelatinous mercury, all sorts of new challenges and potential hazards presented themselves. While it looked like a mere tech demo, Mercury proved to be one of the most addictive and challenging games of the PSP's initial run of games--emphasis on "challenging." Mercury Meltdown is the newly released sequel, and for those who found the original Mercury too challenging, a bit bland looking, and lacking in extra content, Meltdown might just be everything you wanted the original game to be--and then some.

Functionally, Mercury Meltdown doesn't mess with the original game's formula. You are still presented with a blob (or in some cases, blobs) of mercury at the beginning of each stage and given the task of getting the blob to a finish line that is hidden somewhere along the way. You move said blob or blobs by tilting the world itself, which you do simply by moving the PSP's analog stick in the desired direction. As you progress, you'll find a gaggle of traps, pitfalls, narrow ledges, color-coded switches and gates, and other unpleasant things that prevent you from getting to your destination. To circumvent these things, you'll have to do everything from splitting your blob into multiple pieces to coloring it/them and combining it/them into new colors. And in a new addition to the game, you'll periodically have to change the density of your mercury by heating it, cooling it, or turning it rock solid into some kind of crazy pinball.

Although it works the same way, Meltdown is a fairly different experience from the first game because it's never quite as out-and-out frustrating as some of the first game's tougher levels. Mercury wasn't completely unmanageable, but the combination of the touchy analog controls, labyrinthine puzzle solutions, and ticking clock made more than a few stages rage-inducing. All of these factors are still here, but they are less insane than the last time around. For example, finishing puzzles within the allotted time limit isn't a requirement but rather a bonus for extra points. The tilt controls with the analog stick are still a bit touchy but not quite as bad as before. Stages are still completely bananas and often require a bit of exploration to figure out, but the addition of more fleshed-out camera movement and adjustment make stage navigation significantly less frustrating. You can even change which blob of mercury you want the camera to target simply by pressing a button on the directional pad, making it easier to avoid losing random blobs simply because you can't see them.

Of course, you'll still find yourself periodically wanting to snap your PSP in two while playing Mercury Meltdown. Like the first game, it's one of those puzzle games that demand a lot of precise action and careful planning to be successful. One wrong move, and your entire blob will go sailing off the edge of the world, forcing you to restart--and that will happen to you a great deal of the time. On the plus side, you're not relegated to only a few stages from the get-go, and unlocking more stages is an easier overall process. Stage unlocks are tiered specifically to the amount of mercury you build up at the end of each stage. These amounts build up over time, and once you fill the meter to the top, a new world unlocks. Each world has about 17 stages, and there are about 160 stages to be found in the game, which is more than twice the original game's amount. Though some enemies, pitfalls, and gimmicks repeat, each individual stage is unique in its own way, and the game never really gets bogged down by repetition. There's also a section in the options menu for downloadable stages, although none are available as of this review. This will likely be developer-provided content because the game doesn't include a level editor.

Mercury Meltdown offers more content than its main single-player progression. On top of those 160-odd stages, there's a new party games mode, as well as a multiplayer mode. The party games are an interesting spin on the main formula and include a Tetris-type puzzle game, a racing game, a curling game, and more. Some are better than others, with Metrix--the Tetris-looking game--probably the best of the bunch. You're presented with a game board that includes multiple open squares you can fit puzzle pieces on. You create puzzle pieces by selecting from a series of three colored blobs and placing them in the positions you desire. If you line up three blobs of the same color on the game board, those blobs will disappear. It's not the most original thing in the world, but it's a nice little diversion. Other modes, like the race mode, are less engaging. Races don't require much effort beyond periodically turning your blob and making sure it steers through the speed burst icons on a track. Tracks themselves are fairly repetitive, and there's very little to do in a race. Though not all of the five games are completely enjoyable, most of them are at least amusing--and they're all made better by multiplayer support.

Playing the party games in multiplayer mode isn't that different from single-player mode, except for a few small rule changes. Apart from the party games, there's a battle mode that involves the single-player stages. In the previous Mercury game, you would play against ghost versions of your opponents to try to beat the stage first. But here, there's more to it. You can actively interfere with your opponent and boost yourself up by using power-ups scattered throughout a stage. Though you can't play any of these modes online, having any form of an improved ad hoc multiplayer mode adds tremendously to Meltdown's replay value.

Though one of the coolest things about the original Mercury was the mercury itself, the rest of the graphical presentation was less impressive. The movements of your viscous little blob were remarkably realistic and fascinating to watch, but the stages themselves looked dull. The developers fixed that this time around by splashing color all over the place. The game is much more "cartoony" looking, and the mercury has even been cel-shaded. Though the thick black line that surrounds the mercury makes it look a bit strange, it still breaks apart and slops around as well as before. Stages are bright, colorful, and more pleasing to the eye. The frame rate is also better this time around, with only a few drops here and there. The audio, on the other hand, hasn't improved much. The soundtrack has changed from mellow backbeats to extremely cheery tunes that aren't necessarily an improvement. Still, the music's not offensive, and the sound effects are enjoyable enough.

Mercury Meltdown succeeds by addressing a lot of the things that went wrong with the original game and by not losing sight of what made the original game fun--in spite of its flaws. Meltdown is every bit as addictive as its predecessor, but you won't find yourself quite as inclined to set the UMD on fire after extended play sessions. And between the huge number of stages, multiplayer modes, and party games, you aren't likely to run out of stuff to do anytime soon. There simply aren't many puzzle games on the PSP that are better than Mercury Meltdown. 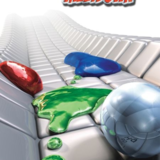 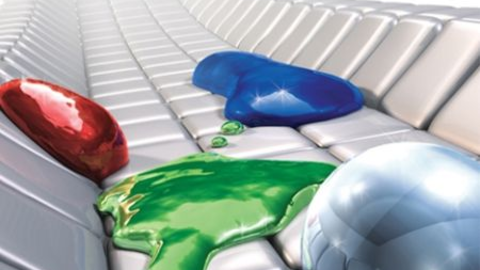