Mega Man X Collection follows the same basic formula as Capcom's excellent first Mega Man compilation, but it just doesn't have quite as much to offer.

Just about a year and a half ago, Capcom put out one of the best classic-game compilations to date, the Mega Man Anniversary Collection. Culling together the Blue Bomber's first eight adventures onto one handy disc, Anniversary Collection featured largely excellent emulations of each and every game and included a treasure trove of unlockable extra content. Now, Capcom is going back to the well with Mega Man X Collection, a compilation of six games from Mega Man's X years on the Super Nintendo and PlayStation. X Collection takes many of the concepts from the first compilation, including features like auto-saves for each game. But taken as a whole, this collection isn't nearly as engaging as the original Anniversary Collection, partially because there's just not as much content, but also because the games themselves just aren't nearly as good as many of the ones found in the first collection. Those issues aside, though, this is a good, solid collection of classic games that will certainly please anyone with an affinity for Mega Man's X-era adventures.

For those who only played Mega Man 2 in their youth and never got the opportunity to check out the X series, here's a brief refresher course. The X games take place in what would be considered the relatively near future, from where all the standard Mega Man games begin (the future of the future, if you will). As was the style at the time, Mega Man X took the previously adorable robot hero and made him all edgy-cute by making his armor a little more "extreme" and plopping him down right in the middle of an epic battle between the Maverick Hunters (a group of heroic, pro-human robots) and the Mavericks, led by a big honking bad guy by the name of Sigma. Apart from a slight tonal shift from the original games (Mega Man says "damn!" and sometimes there's anime blood!), the core mechanics aren't too dissimilar from the original series. You still travel through a number of selectable stages, fighting crazy evil robots, eventually getting to the boss robot, and finally stealing that boss' unique weapon for your own personal use after you defeat them.

There are a few mechanical changes to the formula, though. In the X games, Mega Man can cling to walls and can pull off a nifty air-dash maneuver. There's also another playable character in several of the games by the name of Zero. Zero's a fellow Maverick Hunter who prefers the up-close-and-personal style of sword combat to Mega Man's traditional projectile-based attacks. Zero isn't playable in all the games, but he's a featured face all throughout the series, as are a number of other key characters on both sides of the conflict.

Mega Man X through Mega Man X6 are included here, taking the series from its Super Nintendo beginnings right up to the PlayStation era. For the most part, these are all the versions of the game you may have already played on older hardware, with perhaps the sole exception being the included version of Mega Man X3, which appears to be the 32-bit version of the game and not the SNES one (though the differences are cosmetic and minor). That's really the only difference in these games, though, and the emulations seem pretty much spot-on throughout the collection, with the same anime-inspired graphics, periodic anime cutscenes (in the later games), and basic audio quality. Obviously, in this day and age those graphics and sound are a little crusty by comparison, but they're translated just about as well as could be expected, and again, the emulations never seem to falter.

In fact, the only real flaw with any of these games is that some of them just weren't very good to begin with. The first two X games are just about on par with some of the better games in the original Mega Man series, but the measure of quality declines bit by bit the later you get into the series, until you get to X5 and X6, which just aren't very good at all (though X5's bosses are all named after members of Guns N' Roses, so that's pretty awesome). Mega Man Anniversary Collection had the same problem; games like Mega Man 6 for the NES and Mega Man 8 for the 32-bit systems weren't exactly barn burners in their day. But here, there's less of the good stuff to make up for the lack of quality inherent to a few of these games.

There are also fewer extras to partake of. There is a fairly extensive art gallery you can paw through as you unlock content for it, and there's one unlockable bonus game in the form of Mega Man Battle and Chase. Battle and Chase is a polygonal kart racer for the PlayStation that never saw the light of day in North America, and after playing it a few times, it's not exactly tough to see why. The game is surprisingly fun for a concept as goofy as a Mega Man kart racer, but it doesn't have a lot of lasting value. So essentially, you don't get any of the producer interviews, anime episodes, or other crazy stuff found on the original Anniversary Collection. It's unfortunate, because it would have been cool to get some more background info on the franchise through one unlockable medium or another; but sadly, there are no such bonuses. On the plus side, at least there are no wild differences in unlockable content between the two versions of the game. The PlayStation 2 and GameCube versions of the game both have the exact same content across the board, so you're not missing anything by picking one over the other.

Mega Man X Collection isn't nearly the resounding success that Capcom's first Mega Man compilation was, but it's far from a failure. Any fan of the Mega Man X series that doesn't already own all these games in some form or another ought to give this collection a try; it does a fine job of chronicling the series' ups and downs, and provides a good measure of extra content to back it up. Certainly, the package would have benefited from more in the way of unlockable content--especially since there are really only two truly great games on this comp, and the rest merely range from solid to mediocre. But as it is, X Collection will please the series' longtime fans, and serves as a good primer for those who never had the opportunity to check out these games back in the day. 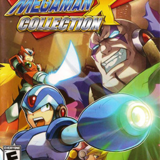 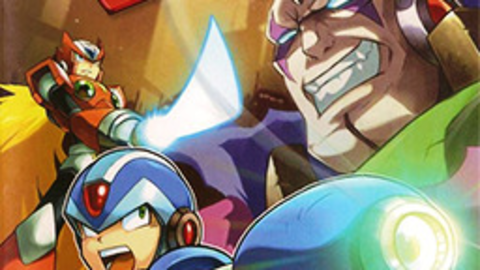 You can relive the classic Mega Man X series in the seven-game compilation Mega Man X Collection. Mega Man X is the series of 2D platformer Mega Man games featuring the game's namesake and his partner, the sword-wielding Zero.