Medal of Honor offers a cohesive campaign and fierce multiplayer competition for those who don't mind a little bit of tarnish on their first-person shooters.

In the crowded first-person shooter market, it's important for a game to carve out a niche--do something better than or different from its competitors. Medal of Honor tries to do just that by representing a real conflict that is really happening in a real country between two real opposing forces. From the chatter among the soldiers and the authentic weapons to the environmental continuity, there are many elements that enliven the campaign with an invigorating sense of realism. Unfortunately, this energy is diminished somewhat by a bunch of video game-y elements, like invisible walls, invincible allies, and an incongruous icon that pops up whenever you get a headshot. The campaign finds a reasonable balance between realism and escapism, where it manages to provide a fairly engrossing experience despite its flaws. The online multiplayer offers many thrills of its own, and the adherence to realism makes for battlefields where the only thing between you and a swift death is your gun and your reflexes. Both the single-player and multiplayer components provide some robust entertainment, and though flaws and limitations keep it from being all it can be, Medal of Honor still distinguishes itself on the field of first-person battle.

The single-player campaign takes place in Afghanistan, where craggy peaks loom over dry, rocky terrain. You are part of an American military effort to find and eliminate Taliban forces, and the grounded-in-reality premise feels more immediate than those that feature fictional enemies. The nicely varied environments provide an attractive array of places to wage war, and even though the visuals suffer from some technical imperfections, the fact that the whole campaign takes place in one region of the world creates a good sense of cohesion. It's easy to keep track of who you are and where you fit into the offensive even though you play as multiple characters. While come cutscenes provide good dramatic set-up, the ham-fisted interactions that take place in the command outpost often feel cliche and cheap. It's probably for the best that Medal of Honor didn't take on a wider representation of the current conflict, focusing instead on the characters you meet in the field and their soldierly attitudes. The great battlefield chatter portrays intriguing facets of professionalism and camaraderie among the soldiers, setting an authentic tone that enhances the experience.

During the course of the campaign, you engage in heated firefights and quietly infiltrate enemy encampments, which are familiar actions that feel good thanks to solid controls. Playing as different soldiers provides markedly different combat experiences, and the game transitions between protagonists in logical ways. For example, after fighting your way through enemy artillery positions, you find yourself facing a frightening onslaught that threatens to overwhelm your squad. Your desperate stand ends in a dramatic rescue, and you then play as rescuers as they take on their next mission. On-foot missions are punctuated by exciting moments when you direct powerful air support, and an intense vehicle sequence gives way to a more methodical assault. Things proceed at a good pace, and it's invigorating to realize that all of the exciting action you are engaged in takes place within the bounds of a realistic military operation.

Despite the focus on realism, however, Medal of Honor tries to tightly control your experience throughout the campaign, and this leads to some unfortunate problems. Part of the campaign experience immerses you in the dialogue among your squadmates and up the command chain (some of which is thoughtfully spent ensuring that the individuals in your crosshairs are actually enemies). Much of this chatter is delivered on the run, but there are times when your progress is halted at a flimsy door or a short rocky ledge to let your squadmates talk. There are also a lot of invisible walls that prevent you from going off the beaten path. These two elements seem designed to keep you in line so you can experience the campaign the way it was meant to be experienced, but they can feel heavy handed and restrictive at times. Perhaps more egregious is the not-so-hot enemy AI. The Taliban soldiers can shoot and take cover reasonably well, but they often enter the battlefield or stick their heads out from behind cover in alarmingly predictable ways.

The campaign lasts about six hours, and on the normal difficulty level, it isn't particularly challenging. Ramping up the difficulty makes your foes appreciably harder to kill, and those who like to test their skills will likely enjoy Tier One mode. In this mode, you are timed as you play through individual campaign missions on the hardest difficulty. Performing headshots, melee kills, and kill streaks freezes the clock for varying lengths of time, shaving precious seconds off your completion time. If you manage to complete a level, you are ranked on an online leaderboard in a bunch of different categories, including fastest time, most headshots, and longest distance kill. The challenge of going slowly enough to survive but fast enough to register a strong time creates an exciting sense of tension, especially if you're competing against a friend or a rival.

Medal of Honor also caters to those who prefer more direct competition. The online competitive multiplayer supports up to 24-player matches and covers a range of familiar team-based modes, including deathmatch, sector control, objective raid, and the progressive combat mission. The maps are well designed but not terribly big, ensuring that the matches are almost always intense. You can play as the rifleman, special ops, or sniper, and each class has its own series of guns and gear for you to unlock as you rank up. Success in a match not only helps you rank up, but it can also earn you powerful offensive or defensive support actions, like mortar strikes, enhanced body armor, unmanned aerial vehicle surveillance, and radar jamming. All of your abilities and assets remain strictly within the realm of realism, meaning you will always hear the footsteps of an enemy running up behind you, and you can't revive your bullet-ridden teammates.

The multiplayer action is intense, thanks in part to the excellent sound design that not only makes the battlefield feel hectic, but also conveys valuable information about your surroundings. Getting caught out in the open is usually fatal, and one-on-one firefights are usually resolved within seconds. Quick reflexes and good battlefield awareness are key to your survival, and the single-player campaign does a poor job of preparing you for the speed and accuracy needed to survive in these harsh combat zones. The realistic focus means no concession is made to newcomers, and the learning curve is steep and filled with exclamations of frustration. Medal of Honor's multiplayer has already become a haven for the hardcore, demanding a level of precision that competitive players will either thrive upon or abandon to their twitchier opponents.

Though it may be tempting to look at its flaws and dismiss Medal of Honor as inferior to its competitors, there is a lot to enjoy here. The campaign has its shortcomings, but its unique sense of scope and well-orchestrated pacing make it an enjoyably cohesive adventure. Tier One mode offers an accessible yet formidable challenge, and the competitive multiplayer captures the brutal intensity of a battlefield where one errant move can result in your abrupt death. Medal of Honor doesn't set any new standards for the genre, but it delivers a lot of entertainment and excitement if you're looking to add a splash of realism to your first-person shooting.

View Comments (8)
Back To Top
7.5
Good
About GameSpot Reviews 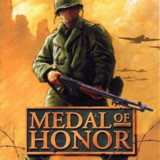 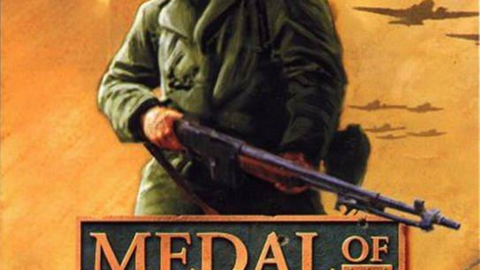 Combat the Taliban in the single-player campaign of Medal of Honor, or take the fight online in the competitive multiplayer modes.