Marble Blast Ultra offers a decent challenge, but boring multiplayer and a lack of variety drag it down a bit.

Marble Blast Ultra is probably best described as Super Monkey Ball without the personality. You're given 60 levels that are broken up into three different difficulty tiers, and your main goal is to roll your marble to the exit as quickly as possible. Occasionally you'll also have to collect gems before getting out. The game has its strengths and occasionally gets quite devious in difficulty, but it lacks the addictive qualities that most puzzle games require.

Marble Blast Ultra puts you in control of a marble. The analog stick rolls the marble around. Plus, there's a jump button, a blast that can be used for higher jumps if you can get the timing down, and a series of power-ups, like superjumps, speed boosts, and so on. The single-player mode is a race against the clock.

The difficulty in Marble Blast Ultra ramps up reasonably well. You'll spend the first few levels doing tutorial-related tasks, and the first 20 levels that make up the beginner set are quite easy. Intermediate properly raises the difficulty through its 20 levels, and the final third difficulty level isn't lying--it's advanced. You can jump around and play any of the 60 levels right away, but really, you're probably going to want to take them on in order. In addition to just finishing them, each level has a par time for you to beat. Beating the par times on every level in each of the three difficulty sets is one of the game's achievements. Your time translates to a rating, which is uploaded to the online leaderboards. The game has scoreboards for each level, as well as one for its multiplayer rankings.

The multiplayer in Marble Blast Ultra seems a little forced. The game supports up to eight players and contains 10 different maps, but it remains the same across all the maps. Gems spawn into the map in groups, so you have to race over to the group and attempt to collect all the gems before the other players do. Once a group is gone, another batch spawns in somewhere else, and this keeps up until time has expired. The blast move can be used to push the other marbles around. It's functional, but the lack of variety prevents it from being fun for long. Some additional modes probably would have made it more interesting, overall.

Graphically, Marble Blast Ultra has a good, but also somewhat generic, look to it. The only real bits of flavor in the visuals are the different marble types you can choose from. The clear, gelatinous marbles look pretty cool. The environments are blocky and basic, which is fine, but this look is maintained across all of the game's levels, aside from some color changes here and there. The sound side of things is a bit of a letdown, with one track of electronic music that will have you fumbling for the custom soundtrack controls in no time. The effects are passable, though it might have been neat to have a different rolling sound effect for the different marbles. Hearing the sound of the marble rolling on the wood when it looks like soft, squishy jelly isn't a good fit.

If you like games that require a steady hand and some occasional puzzle-solving skills, Marble Blast Ultra does both of these things. But its weak multiplayer and lack of variety make the 800-point price a little tough to justify. You might see everything you need to of this game just by playing the free demo. 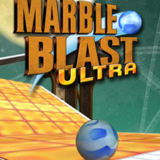 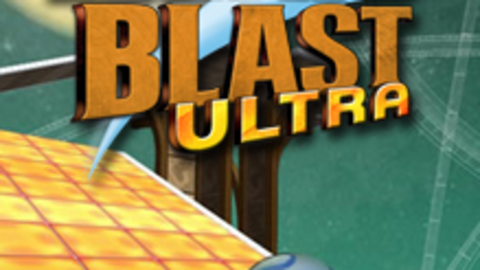 Marble Blast Ultra puts you in a futuristic 'Astrolab' arena as you navigate your marbles through dangerous hazards, while collecting rare gems and power-up enhancements, in an effort to complete each course in record time.